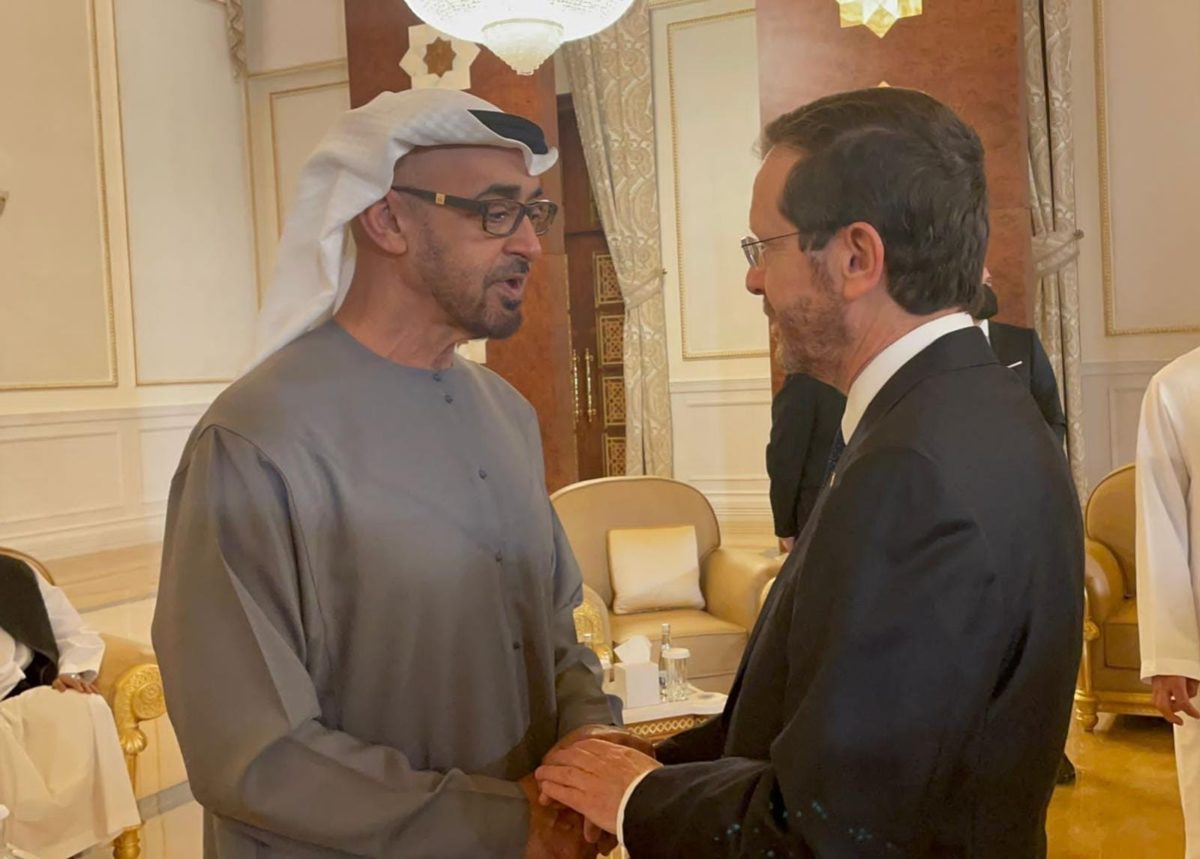 Spokesperson of the Office of the President

Herzog landed in Abu Dhabi on Sunday afternoon and met with Sheikh Mohammed bin Zayed, the brother of Sheikh Khalifa and the country’s newly appointed president.

“I came here on behalf of the people of Israel to express my condolences to you, to your family and to the Emirati people,” Herzog told bin Zayed during their meeting, according to a statement from his office.

“Your brother, Sheikh Khalifa, was an extraordinary man,” he said. “His brave leadership contributed tremendously to advancing his country and his people and to the partnership that materialized in recent years between our countries,” referring to the 2020 Abraham Accords.

Herzog also said that he left behind a “legacy of progress and of striving for peace in the Middle East.”

Other Israeli leaders expressed condolences on Twitter and in person at UAE embassies around the world.

“On behalf of my wife and myself I wish to express our sincere condolences to His Highness Mohamed bin Zayed Al Nahyan and the people of the United Arab Emirates on the passing of His Highness Sheikh Khalifa Bin Zayed Al Nahyan. He will be remembered as a great champion of peace,” former Israeli Prime Minister Benjamin Netanyahu tweeted.

Israel’s Transport Minister Merav Michaeli, who is also the leader of the Labor party, went to the UAE ambassador’s official residence to express her condolences. “I told @AmbAlKhaja of our deep appreciation of his work and wished great success to President @MohamedBinZayed in his new role,” Michaeli tweeted after the visit.