The U.S. ‘cannot let our guard down,’ even with Abraham Accords signatories, the Texas congressional candidate and former attack helicopter pilot cautioned 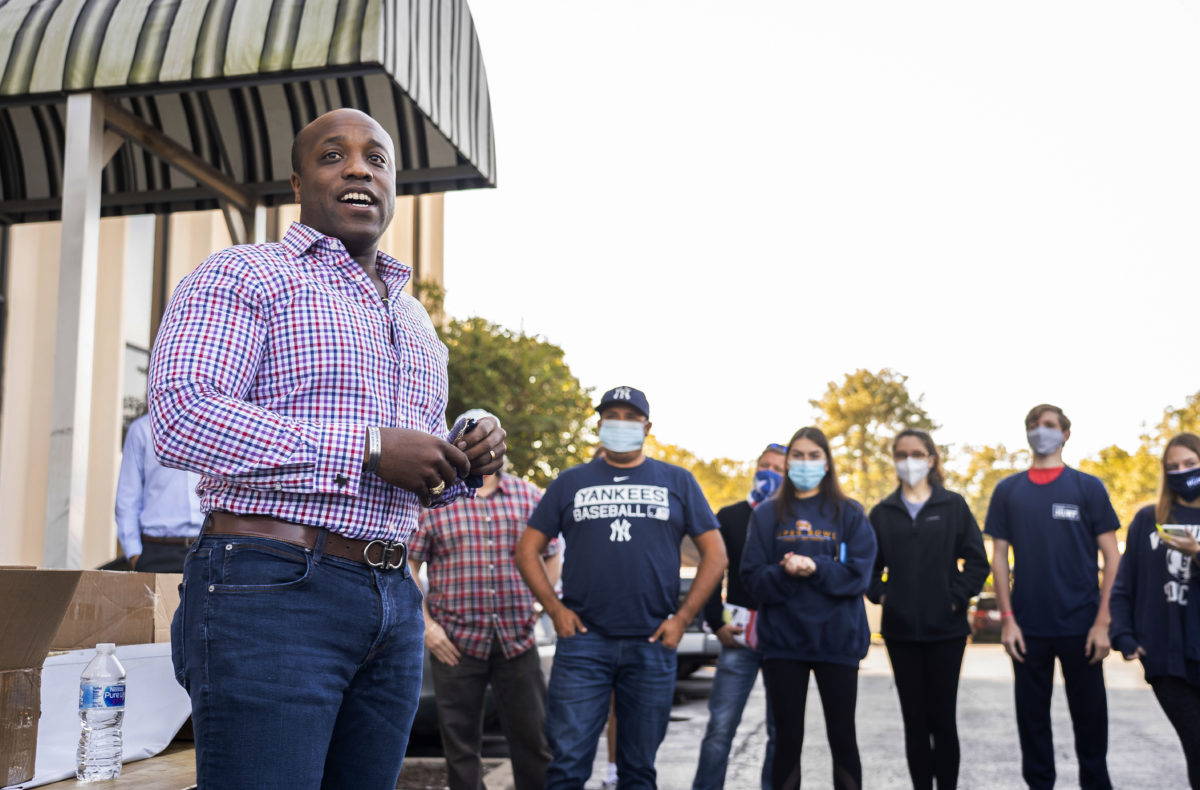 The U.S. has “really one true ally” in the Middle East, Republican congressional candidate Wesley Hunt, a combat veteran who served three tours in the region said on Friday. “And it’s Israel.”

“We’re friendly with everyone — I get it, I understand that — but that Judeo background that this country was founded upon is the only one in that region,” Hunt, who served a combat tour in Iraq and two tours in Saudi Arabia, said during a virtual event on AIPAC’s app on Friday. “And we have enemies, actually all over that region, particularly Iran. And let’s be honest, most of the 9/11 attackers were born in Saudi Arabia. Osama bin Laden was from Riyadh. And so I learned a lot about what our interests need to be and who we need to be in the business of supporting for the future, because that’s our one true ally in the region.”

Hunt, who is running in Texas’ 38th Congressional District, is a West Point graduate who went on to fly 55 combat missions as an Apache helicopter pilot in Baghdad in 2006, followed by two tours in Saudi Arabia facilitating Apache helicopter training and sales. After his military service, Hunt earned three master’s degrees from Cornell University.

The second-time congressional candidate — who lost to Rep. Lizze Fletcher (D-TX) by 3.3 percentage points in 2020 — has better odds to win in November in the newly created deep-red House district in western and northern Harris County near Houston, which some local observers say was drawn for the express purpose of electing Hunt.

“If I mess this up, I have no business in politics,” Hunt said, chuckling.

Hunt praised the Abraham Accords and said “every country in that region” should join the normalization agreements, but cautioned, “We should always remain leery and always make sure we have our guard up.”

“Some of these countries are bad actors. They’re rogue nations, some of them,” he continued. “Just because we have something set up like the Abraham Accords — which I think is good for the entire world, especially for the region — we cannot let our guard down.”

While in graduate school, Hunt traveled to Israel and “had so much fun one year that I had to go back again the very next year.” He said that if elected, he plans to return with the AIPAC-affiliated American Israel Education Foundation.

“I love the idea of a country that’s willing to defend herself, defend her values — and surrounded by enem[ies] and water. And nevertheless, it’s a blessed land, you are a blessed people. And I admire that so much,” he said. “I think that’s exactly what this country wants to embody is that kind of ethos.”

The congressional hopeful lists “stand[ing] with Israel” as one of his policy priorities on his website, adding, “I am committed to supporting our strongest ally and oldest friend in the Middle East.”

He said he plans to work in Congress on “finding substantive ways to actually help” AIPAC on issues like halting Iran’s nuclear ambitions.

“There shouldn’t be a bridge, a path, a road, nothing to allow that rogue nation to have a nuclear weapon,” Hunt said. “And I get to be at the tip of the spear to help stop that effort. I look forward to it.”

Hunt said he’s long had close ties to Houston’s Jewish community, having grown up attending a private school in the city with many Jewish students.

“The cultural fit that we had, the values that we had, is something that always drew me to the culture,” he said.

The Army veteran said “one of the most sobering moments” of his life was visiting Yad Vashem, Israel’s Holocaust memorial and museum, during each of his visits to Israel.

“When you’re standing on that hallowed ground, it’s a constant reminder of the importance of freedom and the importance that we defend freedom for the future, because that can happen again,” he said. “That’s the kind of place where you think of the millions of people that were slaughtered and the world sat by and allowed that to happen. Who are we going to be as a country? Who am I going to be as a leader?”

Hunt was the first non-incumbent endorsed by AIPAC’s new PAC — shortly after he won his primary race — and the only non-incumbent in its initial wave of endorsements.

He told viewers that he has long been close with AIPAC, including having attended the bar mitzvah of the child of AIPAC board member Susie Bender, whom he has known since childhood.

“I am very fortunate and very blessed to have people like Susie Bender in my life because… her family has treated me and my family with the utmost respect, didn’t matter where we were from — race, religion, color, creed — they treated us — I was one of the only Black kids in my grade — they treated us with just so much honor, so much dignity and so much respect,” Hunt said. “And it literally is what helped shape my Republican and my conservative views — being surrounded by people that maybe didn’t look like me, or maybe had a different background than me,” he continued. “But they treated me with respect. And they were conservatives.”

Hunt said he plans to pursue a spot on the Energy and Commerce Committee if elected, noting during the event that his district contains much of Houston’s “Energy Corridor,” a business district housing the offices of many major energy companies — making him “the energy congressman of the world.”

“Basically, it’s my job to defend the industry, defend the jobs in our industry,” he said. “That’s my top priority.”