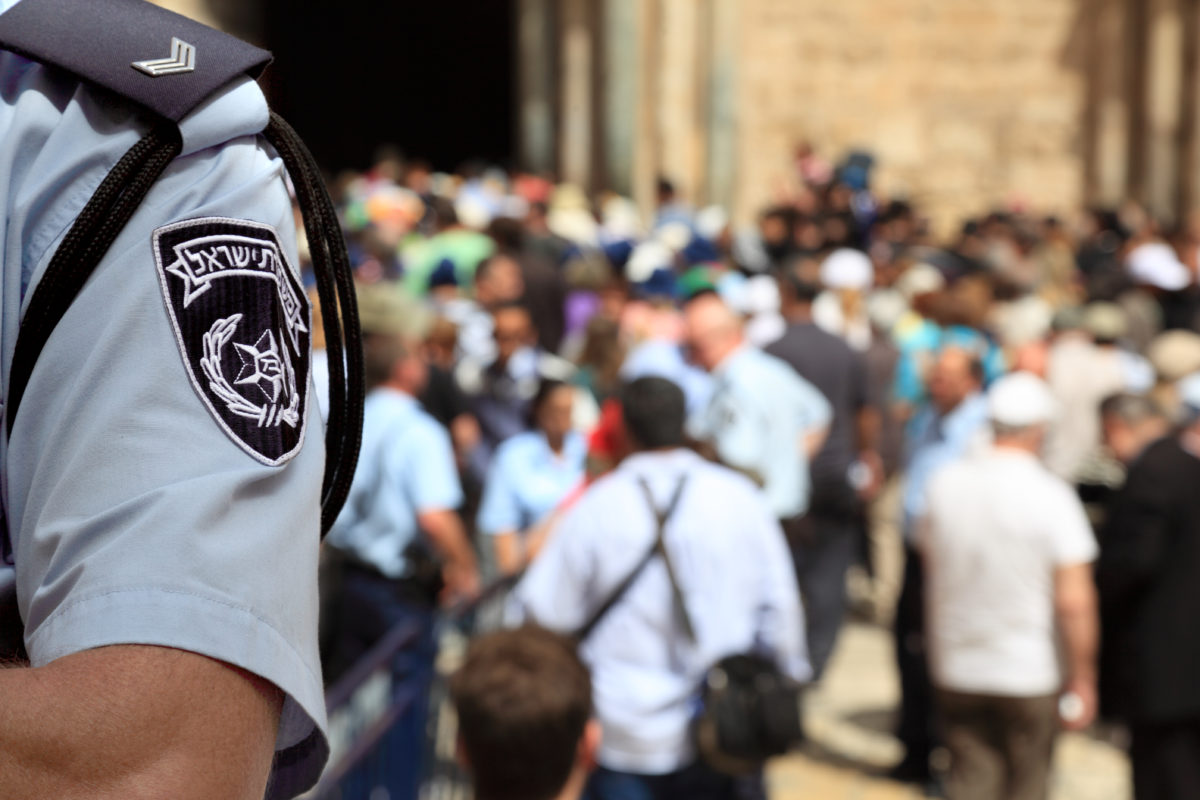 The report was part of the 2021 Country Reports on Human Rights Practices, which were released on Tuesday and identified “significant human rights issues” in dozens of nations around the world. The reports, updated and released annually, are mandated by Congress. Another report addressed human rights issues in the West Bank and Gaza, which are under the control of the Palestinian Authority (PA) and Hamas, respectively.

The report’s inclusion of Amnesty — which was also cited in the West Bank/Gaza report, and in reports on other countries such as China and Turkey — came weeks after Secretary of State Tony Blinken spoke by phone with Amnesty International Secretary General Agnes Callamard.

In February, shortly after the release of an Amnesty report condemning Israel, State Department spokesperson Ned Price told reporters, “We think that it is important as the world’s only Jewish state that the Jewish people must not be denied their right to self-determination, and we must ensure there isn’t a double standard being applied.”

Within the State Department report, Amnesty was cited in a section about the Israeli Citizenship and Entry Law. “Amnesty International and other human rights organizations called on the government to repeal the law and resume processing family unification applications,” the report said. The report also mentioned an April 2021 Israeli court ruling that allowed a travel ban against Amnesty West Bank campaigner Laith Abu Zeyad to remain in place, rendering him unable to travel internationally from the West Bank.

“It’s disappointing that State felt the need to cite an organization that not only just released a report rife with bias and language demonizing Israel, but whose United States director’s recent comments further disqualifies Amnesty as a credible source on Israel,” Anti-Defamation League CEO Jonathan Greenblatt told Jewish Insider. He was referring to Amnesty USA director Paul O’Brien’s recent remarks that most American Jews do not want Israel to be a Jewish state, but rather “a safe Jewish space” based on “core Jewish values.”

A State Department spokesperson did not comment specifically on Amnesty’s inclusion in the report but said, “We recognize and appreciate the work of civil society and media in identifying and calling attention to individual cases as they occur. These remain important civil society partners in promoting human rights around the world.” Regarding the Amnesty report’s use of “apartheid,” the spokesperson added, “We reiterate that this is not a term that we use to describe Israel’s actions.”

The Israel-focused report used the phrase “occupied territories” when referring to areas east of the Green Line in Jerusalem and the West Bank, a practice that had previously been halted by the Trump administration. It has not backtracked on a Trump-era change that stopped referring to the Golan Heights as “occupied.” Reports published previously by both Democratic and Republican administrations have cited Amnesty, and reports in recent years have identified similar human rights issues in Israel.

The reports released Tuesday focused on every United Nations member state, including other U.S. allies including Canada and the United Kingdom.

“It doesn’t distinguish between friend and foe. We apply the same standard everywhere,” Secretary of State Tony Blinken said at a Tuesday press conference announcing the reports.

Many of the new claims in the Israel report have to do with the events of May 2021, when protests erupted following eviction proceedings against Palestinian residents in the East Jerusalem neighborhood of Sheikh Jarrah, followed by a brief but deadly round of violence between Israel and Hamas.

The report cited local human rights groups that found that “ethnic discrimination was a factor in resolving disputes regarding land titles acquired before 1948” and “the Israeli government and settler organizations in Jerusalem continued to make efforts to increase property ownership in the municipality by Jewish Israelis.” The State Department also cited “reports that Israeli authorities used excessive force against protesters in East Jerusalem.”

The report’s discussion of Hamas begins with an analysis of the group’s decision to launch rockets at Israel. “The eviction cases [in Sheikh Jarrah] brought by a pro-settler organization … was one of the reasons Hamas claimed as pretext for the May 10-21 military conflict,” said the report.

In the paragraph about Hamas, the report notes that “human rights groups condemned Hamas’s and Palestinian Islamic Jihad’s targeting of civilians as well as Israel’s targeting of civilian infrastructure” and referred to a Hamas tunnel found under a school in Gaza run by the United Nations Relief and Works Agency (UNRWA).

The human rights issues identified in the report did not occur only in Israeli-controlled areas of the West Bank. For instance, the report pointed out that the security barrier “that divided the majority of the West Bank from Israel also divided some communities in Jerusalem,” which made it difficult for some people to access schools, hospitals, places of worship and places of employment.

Additionally, “during the May escalation of the Israeli-Palestinian conflict, intercommunal violence erupted between Jewish and Arab-Palestinian Israeli citizens leading to the death of four victims,” said the report, which highlighted violence perpetrated by both Jewish and Arab citizens of Israel in Lod.

The West Bank/Gaza report highlighted alleged abuses committed by both PA officials — including “torture or cruel, inhuman, or degrading treatment or punishment” — and by Hamas members, including “unlawful or arbitrary killings” and “crimes, violence, and threats of violence motivated by anti-Semitism.”

Among the examples of human rights issues was “problematic content in PA textbooks, including those used by UNRWA in its schools, to include anti-Semitic content, incitement to violence directed against Israel, and the failure to include Judaism alongside Christianity and Islam when discussing religion.” The report also mentioned the PA’s continued payments “to persons convicted of terrorism in Israeli courts.”

The Israel report identified “credible reports that members of the [Israeli] security forces committed abuses,” but also noted, “The government took some steps to identify, investigate, prosecute, and punish officials who committed human rights abuses, engaged in corruption, or both within Israel.” Military and civilian justice systems “have on occasion found members of the security forces to have committed abuses.”

After government funding for the Bezalel Academy arts college in Jerusalem was halted due to professors’ support for student protests in Sheikh Jarrah, the attorney general reversed the decision and “sent guidelines to the ministry, which included the need to ensure the independence of higher education institutions.”

A profile of Israel’s government said elections conducted in early 2021 that led to the current coalition government “were considered free and fair,” while the West Bank/Gaza report noted that elections have not occurred in either area since 2006.