‘In my personal opinion, I believe the IRGC Quds Force to be a terrorist organization, and I do not support them being de-listed,’ Milley told senators 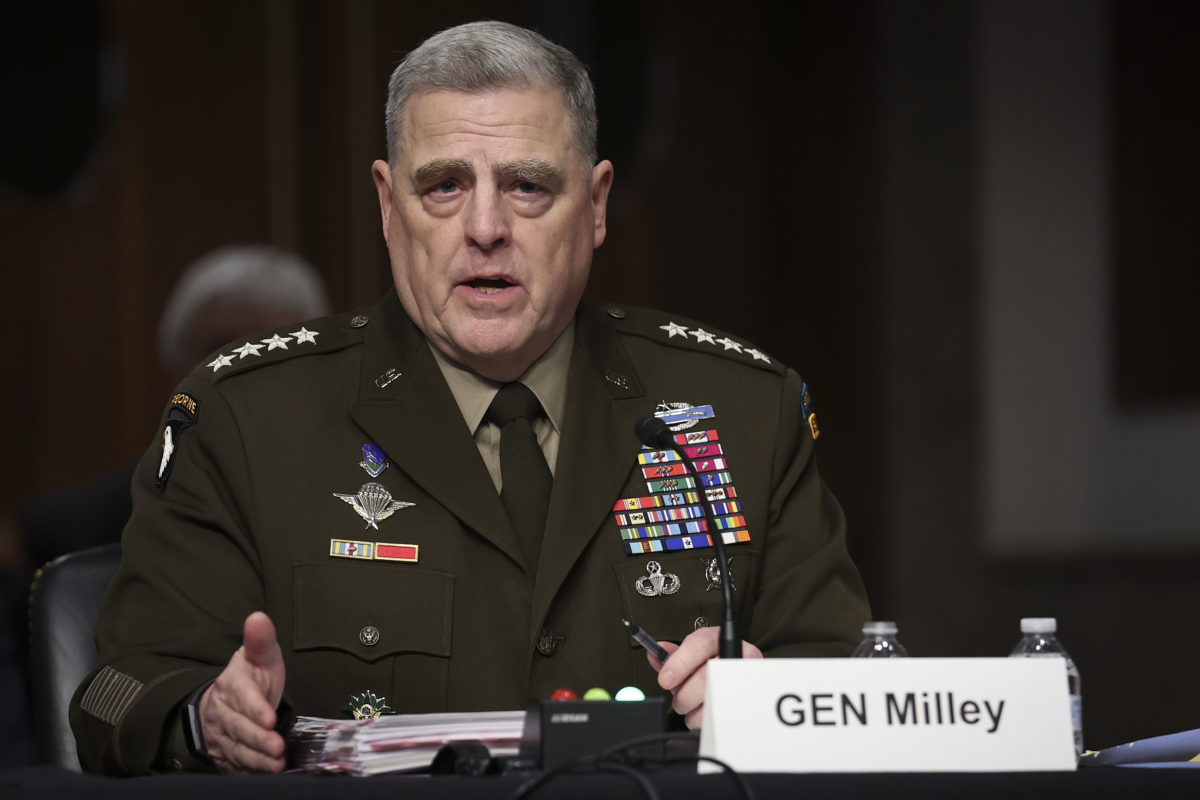 Chairman of the Joint Chiefs of Staff Mark Milley told the Senate Armed Services Committee on Thursday that he would oppose efforts to remove the Islamic Revolutionary Guard Corps’ terrorism designation, which is reportedly a key sticking point in nuclear talks with Iran.

“In my personal opinion, I believe the IRGC Quds Force to be a terrorist organization and I do not support them being de-listed from the Foreign Terrorist Organization [list],” Gen. Milley said.

Defense Secretary Lloyd Austin, who was testifying at a budget hearing alongside Milley, declined to weigh in.

“I won’t comment on negotiations that are ongoing and speculate on what my advice to the president is going to be,” Austin, a political appointee, said.

Milley’s assessment of the IRGC lines up with that of recently retired Central Command head Gen. Kenneth McKenzie, who testified to the committee in March.

Milley also faced questions about the military’s test deployment of one of its two Iron Dome batteries to Guam.

The deployment of the short-range air-defense system, which is not optimized for the long-range threats that are more likely in Guam, baffled some observers in the national security community, who called for it to be deployed to a more active combat zone like the United Arab Emirates.

“To me, after visiting Guam a few months ago, that would be kind of like swatting flies,” Sen. Tommy Tuberville (R-AL) said.

Milley described Iron Dome as part of the military’s “layered” missile-defense system in the Pacific.

“It’s a great system and it’s a very accurate system and it’s got a very good track record and there’s all kinds of utility for it in a wide variety of environments, so I’m a big fan of the Iron Dome,” Milley continued.