The missile-defense system is best suited for shorter-range threats that are unlikely in the Pacific territory, military analysts say 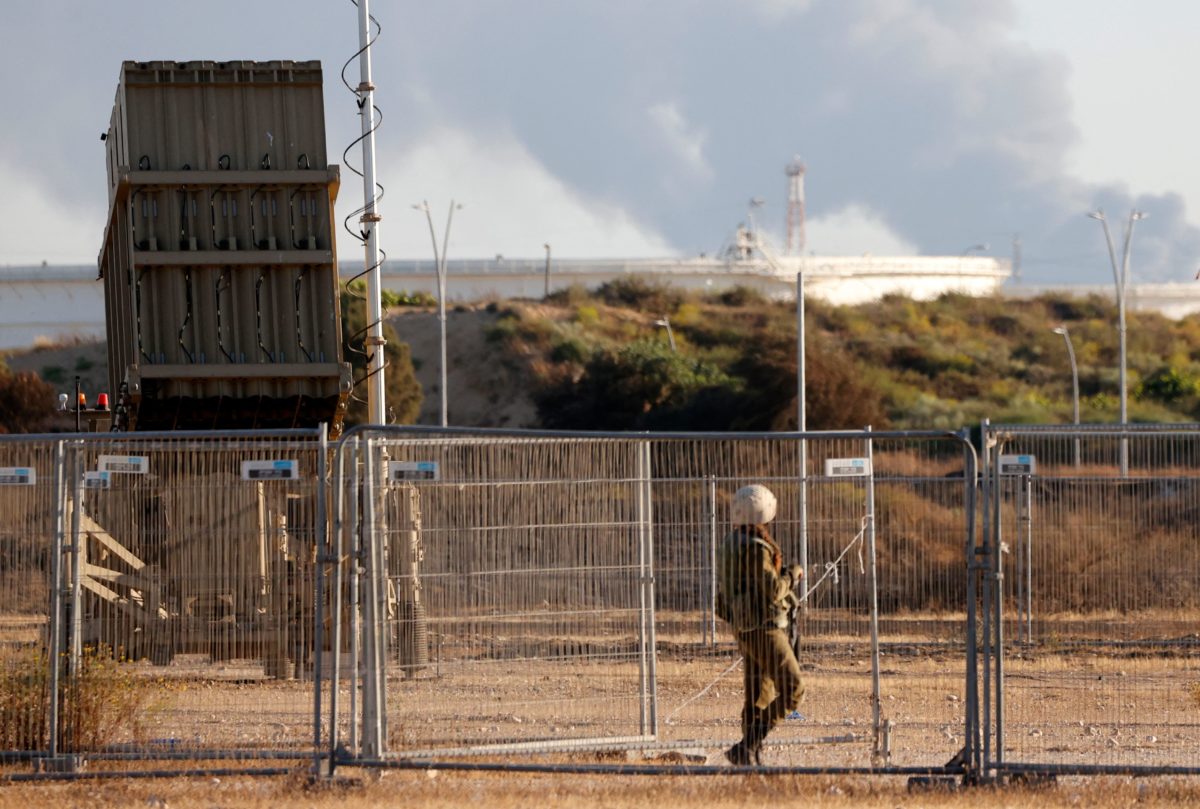 This picture shows an Iron Dome missile-defense system in the southern city of Ashkelon on May 15, 2021.

The U.S. Army announced last month that it would temporarily send one of its two Iron Dome missile-defense batteries to Guam for testing, a move that has baffled some observers, who say it would be better suited for deployment in a combat zone like Iraq or Syria.

“The Iron Dome system is one of the most capable systems in the world for what it was designed to, but given the threats to Guam, it’s not the first place I would have sent it,” Bradley Bowman, the senior director of the Center on Military and Political Power at the Foundation for Defense of Democracies (FDD) told Jewish Insider.

Iron Dome, which is manufactured by Israel’s Rafael Advanced Defense Systems and U.S.-based military defense contractor Raytheon, was developed in part with U.S. financing. It has been deployed — to great success — in Israel for the past decade to intercept short-range threats from Israel’s neighbors to populated areas. But the situation in Guam is very different from Israel.

The Army purchased two Iron Dome batteries at Congress’s direction in 2019, and tested them for its next-generation missile-defense program, but ultimately selected a different system.

The current Guam deployment appears to largely be an attempt to fulfill congressional requirements enacted in National Defense Authorization Acts in 2019 and 2021, to deploy an “interim” cruise-missile defense system and to deploy the Iron Dome batteries by the end of this year.

“The 2019 National Defense Authorization Act required the deployment of [an] interim cruise-missile defense system to an operational theater no later than the end of 2021,” Army spokesperson Jason Waggoner told JI, adding that the system is being deployed “to fulfill those NDAA requirements, test the capabilities of the system and further train and refine the deployment capabilities of air defenders.”

“The Department of the Army selected the Indo-Pacific theater because it is DOD’s [Department of Defense] priority theater,” Waggoner continued.

Rear Adm. Benjamin Nicholson, who oversees military installations in Guam and the Northern Mariana Islands, said in a statement that “deployment is a tremendous opportunity to test the capability of a point defense system in the theater, assess its performance alongside existing systems, and determine for future use.”

But despite plans to test the system’s capabilities, there are “no plans” to conduct a live-fire test in Guam, Waggoner said.

Bowman questioned the point of such an exercise.

“A deployment for Iron Dome where you’re not integrating it and you’re not conducting a live fire reduces the utility of the deployment,” he said.

Iron Dome’s U.S. deployment has been plagued by a variety of challenges. Gen. John Murray told a House Armed Services subcommittee last year that “for a lot of reasons” it “took longer” to initially acquire the Iron Dome system than initially anticipated.

But since then, further issues have limited the ways the Army says it can use Iron Dome. The Army is seeking to integrate future missile-defense systems into a cohesive infrastructure so that any sensor for detecting threats can be used to trigger any defense platform.

“We believe we cannot integrate [Iron Dome] into our system based on interoperability challenges, cyber challenges, some other challenges,” Murray said. “What we ended up having is basically two standalone batteries that will be very capable but they cannot be integrated into our air defense system.”

Further, Iron Dome was designed to counter rockets, mortars, drones and other similar threats of the kind that have regularly targeted Israel. In Guam, the most likely threats are longer-range weapons like cruise missiles from China. There is debate over how capable Iron Dome is at countering such longer-range missiles.

Israel’s Ministry of Defense and Rafael say tests have shown Iron Dome is capable of intercepting cruise missiles in a live-fire test. An Army test in Texas also indicated that the system is effective against some cruise missiles.

But retired Rear Adm. Mark Montgomery, the senior director of FDD’s Center on Cyber and Technology Innovation, told JI that Iron Dome is not the ideal system for Guam.

“I just don’t think it’s the right system for Guam. I don’t think there’s a real rocket and mortar threat to Guam right now,” Montgomery told JI. “There is probably a future in Iron Dome where they could be useful [in Guam], but right now… it’s not the appropriate system.”

Montgomery added that there are other theaters where Iron Dome could be more useful, naming Iraq, Syria and the United Arab Emirates, where U.S. forces are consistently under threat from drones and missiles launched by Iranian proxy forces.

“If I were trying to demonstrate the value of an effective system like Iron Dome for the joint force, I’d apply it somewhere closer to the Iranian [drone] threat,” he explained.

Such calls are not new — Sen. John Boozman (R-AR) urged former Secretary of Defense Mark Esper to send an Iron Dome battery to the Middle East in a letter in May 2020.

Montgomery added that he sees no valid reason why the Army would be hesitant to deploy Iron Dome into an active combat zone in the Middle East.

“It’s something you have to account for, but why are you putting it in Guam, then?” Montgomery said.

If integration is the issue, Montgomery continued, “doesn’t that put the lie to the Guam deployment?” noting that the system would not be any more integrated with the broader air defense infrastructure in Guam than in any other deployment.