In phone call, Bennett thanks Schumer for Iron Dome funding 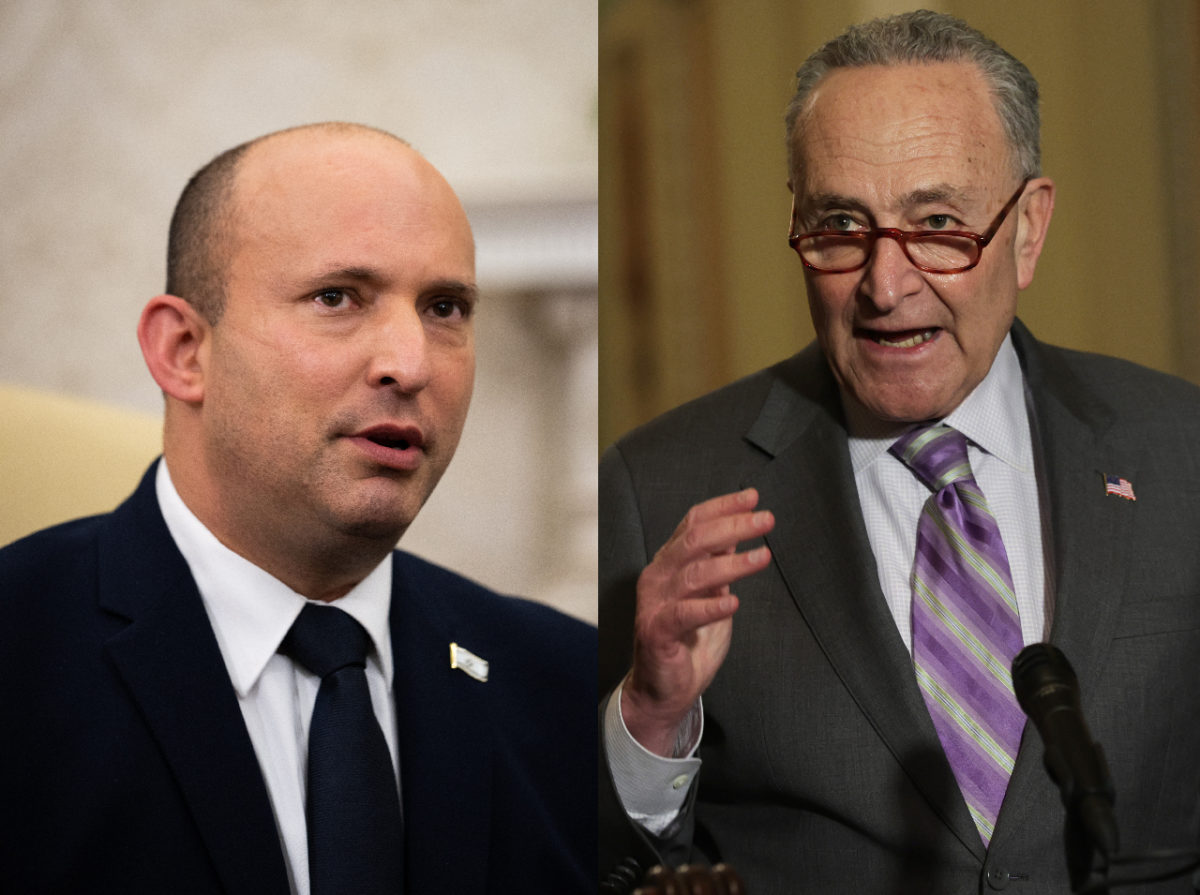 “It was held up by one Republican senator for too long, but we knew this was the way we could get it done,” Schumer said, adding that he was confident the omnibus spending bill “will pass tonight.”

The $1 billion in additional funding — first requested by Israel in June 2021, shortly after a 10-day conflict with Hamas in Gaza — has been stalled in the Senate since September due to an objection from Sen. Rand Paul (R-KY). The additional money was requested to replenish Israel’s stockpile of interceptor missiles. A Senate source had framed the omnibus as a “backup plan” to passing the standalone bill.

One House lawmaker who met with Bennett last month as part of a delegation to Israel told JI that the Israeli leader seemed frustrated that the funding had not yet passed.

“Congress doesn’t work as quickly as people might want to think, but now that it’s done, it is a great thing for Israel, its defense and for the security of the region,” Schumer said.