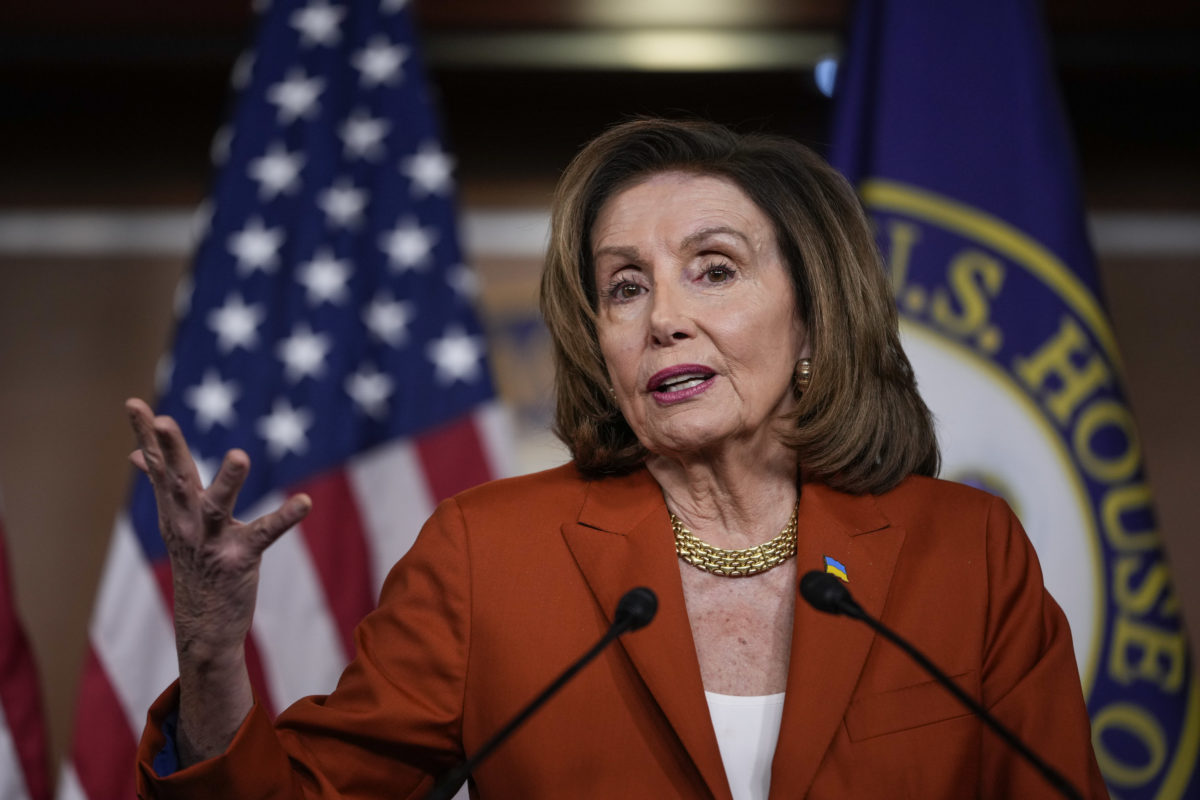 Speaker of the House Nancy Pelosi (D-CA) speaks during her weekly news conference on Capitol Hill March 9, 2022 in Washington, D.C.

Congress’ long-delayed 2022 omnibus government spending package, released and passed by the House on Wednesday, includes $250 million for the Nonprofit Security Grant Program, as well as  $1 billion in supplemental funding for Israel’s Iron Dome missile-defense system, which had been stalled for months, and the Israel Relations Normalization Act.

The NSGP funding represents a boost of $70 million over the $180 million funding level for 2021, which both the House and Senate initially proposed keeping constant for 2022, despite a significant funding shortage in 2021. It falls short, however, of the $360 million Jewish organizations had been supporting.

Three sources, including Nathan Diament, executive director of the Orthodox Union Advocacy Center, told Jewish Insider on Wednesday that the $250 million funding level came as a result of a last-minute push on Monday and Tuesday for an additional funding boost. Negotiations, according to Diament, were still ongoing as of midday on Tuesday.

As of last weekend, the sources said, the bill contained between $225 million and $226 million in NSGP funding, which provides money for houses of worship and nonprofits to beef up security. The $226 million level is reflected in a bill summary document released by House Democrats on Wednesday.

Diament told JI that the final negotiations were complicated by the fact that negotiators had agreed to a “hard ceiling” for total Department of Homeland Security funding, meaning that any increases for NSGP would have to pull funding from other programs.

A source told JI that Rosen had personally spoken to around half a dozen key House and Senate Appropriations Committee leaders about the funding this week.

“Just ten years ago our program was funded at a paltry $10 million. We have pushed virtually every day to increase funding to make it commensurate with the existing threat and to provide peace of mind to all Americans who go to synagogue, church, mosque, temple, or another house of worship,” Rep. Bill Pascrell (D-NJ), who led multiple letters calling for increased NSGP funding, said in a statement. “To that end, while this is a great victory, we will not rest on our laurels and continue seeking increased funding for this essential program in the months and years ahead. I would like to thank our coalition who supported this request for their work, as well as Chairs [Rosa] DeLauro and Roybal-Allard for their commitment to the safety of our communities.”

Jewish Federations of North America CEO Eric Fingerhut said that JFNA “will work with bipartisan champions of this program to ensure that it continues to grow until there is enough funding to secure every synagogue, church, mosque and vulnerable nonprofit facility.”

In a statement, House Homeland Security Committee Chairman Bennie Thompson (D-MS) said he’d continue to push ahead on his recently-introduced Nonprofit Security Grant Program Improvement Act, which would propose even greater funding increases as well as administrative changes to NSGP.

Also included in the bill is $1 billion in supplemental Iron Dome funding that had been stalled as a standalone measure in the Senate for months due to opposition from Sen. Rand Paul (R-KY), who had been demanding that funding be reallocated to Iron Dome from Afghanistan aid.

The omnibus bill additionally includes the Israel Relations Normalization Act, which seeks to support and expand the normalization agreements between Israel and the United Arab Emirates, Bahrain, Morocco and Sudan. That legislation had been tied up in the Senate by Sen. Ted Cruz (R-TX), who objected to language supporting a two-state solution. It had not yet come up for a House vote as a standalone measure.

The omnibus package includes the language Cruz had opposed, stating that it is U.S. policy “to support a negotiated solution to the Israeli-Palestinian conflict resulting in two states living side by side in peace, security, and mutual recognition.”

The spending bill grants a significant aid increase to Palestinians, up to at least $219 million — $144 million more than was provided in 2021 and also more than President Joe Biden’s budget request.

The $219 million funding level is slightly below the $225 million the House and Senate initially proposed.
The bill also provides the full $3.3 billion in Israel aid expected under the 2016  Memorandum of Understanding, $50 million for the Middle East Partnership for Peace Act, $6 million for the Holocaust Survivor Assistance Program, $5 million to support new hate crimes data collection regulations, $1.3 billion in aid for Egypt — subject to increased human rights conditions — and $1.65 billion in assistance for Jordan.