Nides is Biden’s sixth ambassador confirmed by the Senate 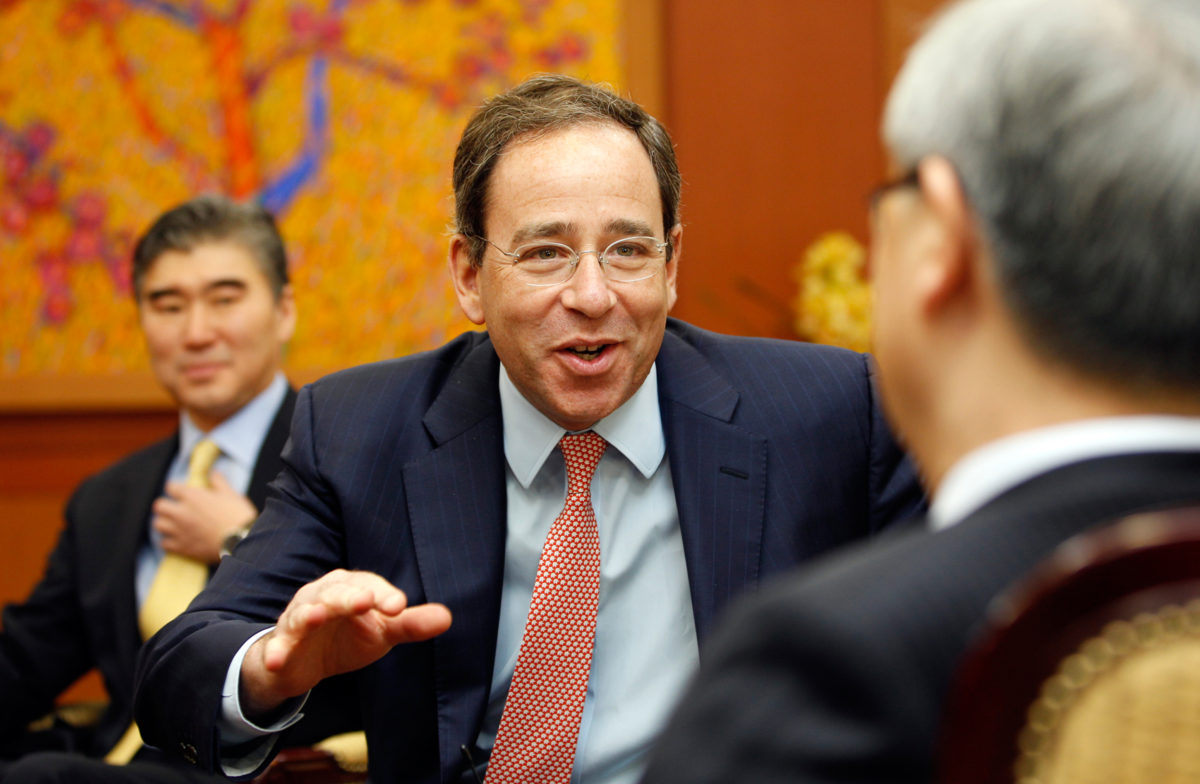 The Senate confirmed Tom Nides as U.S. ambassador to Israel in a voice vote on Wednesday, a day after Republican objections blocked the move.

Nides, the Morgan Stanley vice chairman and former deputy secretary of state for management and resources, is the sixth Senate-confirmed ambassador nominated by President Joe Biden. His confirmation is a rare exception to blanket objections on national security and foreign policy nominees being employed by Republican senators attempting to extract foreign policy concessions from the administration.

“I am glad the Republican hold on Mr. Nides has been lifted, and that we will have an ambassador in Israel to help maintain and strengthen the U.S.-Israel relationship,” Majority Leader Chuck Schumer (D-NY) told Jewish Insider on Wednesday evening. “He is exceptionally qualified and will make a fine ambassador.”

The end of the GOP hold allowed Schumer to move directly to a vote on Nides’s nomination, sidestepping what could have been a time-consuming Senate process.

Phil Letsou, Hawley’s communications director, disputed the account offered by the floor source, emphasizing to JI that Hawley did not have a personal objection to Nides’s confirmation and was only objecting on behalf of some of his colleagues.

A source told JI earlier Wednesday evening that Schumer was “focused like a laser” on getting the nomination through the Senate, and that the majority leader was working to lift the GOP objections.

Following Nides’ confirmation, the floor source told JI that Schumer and Sen. Bob Menendez’s (D-NJ) efforts on the Senate floor on Tuesday night — a set of speeches and attempts to approve a series of nominees, including Nides — increased pressure on Republican legislators, and gave Schumer “a window of opportunity tonight.”

“Glad to see this long overdue position has been filled,” Sen. Jacky Rosen (D-NV) said in a tweet. “Looking forward to working with Ambassador Nides to build upon the critical and long-standing U.S.-Israel relationship.”

Israeli Ambassador to the U.S. and U.N. Gilad Erdan tweeted, “Amb. Nides, I wish you much success in your role & a fruitful tenure at the U.S. Embassy in Israel’s eternal capital, Jerusalem. I’m sure that you will further strengthen the special bond between Israel & the US.”

Israeli Foreign Minister Yair Lapid said, “I look forward to welcoming you to Jerusalem and to working together to strengthen and deepen the special relationship between our two countries.”

In a statement, AIPAC said, “We congratulate Thomas Nides on his confirmation as U.S. Ambassador to Israel. We wish him great success in this critical position.”