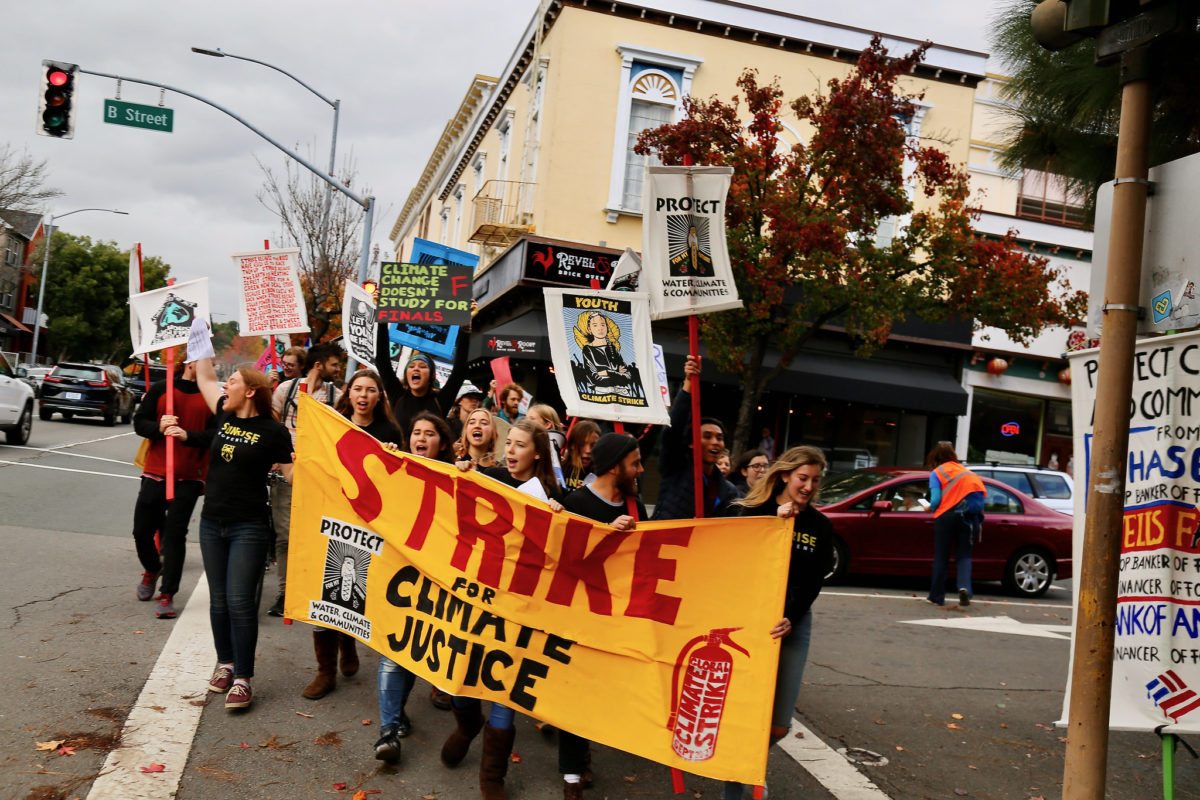 Two days after the Washington, D.C., chapter of the Sunrise Movement, a powerful environmental advocacy group, announced it would not join a voting rights coalition due to the presence of “Zionist organizations,” the national Sunrise Movement released a statement condemning antisemitism and “anti-Palestinian racism” but did not condemn the Washington chapter’s decision, drawing ire from Jewish leaders.

“Many allies, Jewish leaders and climate activists reached out and gave the Sunrise Movement every opportunity to clean this up. And they made it worse,” said Rabbi Jonah Pesner, director of the Religious Action Center of Reform Judaism (RAC), the movement’s political and legislative arm.

His tone marks a sharp departure from the RAC’s original posture toward Sunrise DC, when Pesner issued a statement that did not mention Sunrise DC by name or address whether its stance was antisemitic.

“No other community faces a litmus test for entry. That’s what bigotry looks like,” Pesner added in his comments to Jewish Insider yesterday. “Sometimes people in the progressive movement have trouble understanding the truth of antisemitism, and we need them to get it right. Especially for those of us who literally spend our lives and put our bodies on the line for civil and human rights.”

The RAC and NCJW were two of the three Jewish groups — in addition to the Jewish Council on Public Affairs (JCPA) — named in the Tuesday statement by Sunrise DC as organizations with which it would no longer work.

The Washington chapter of the powerful environmental advocacy group had sparked controversy for its decision not to participate in the Saturday Freedom to Vote Relay on the National Mall “due to the participation of a number of Zionist organizations.” But the national organization — known for its work on the Green New Deal and direct action campaigns on climate change — stayed silent at first.

“Sunrise Movement is a decentralized grassroots movement,” said the statement from the national group. “Sunrise DC made a decision to issue this statement, and we weren’t given the chance to look at it before it became public.”

“As a national movement that supports freedom and dignity for all people, we will always welcome anyone who acts on our principles and chooses to join the fight for collective liberation. We believe that the rights of Palestinians are a part of that struggle and are committed to embracing that struggle together,” the national Sunrise statement concluded.

“The language of ‘antisemitism and anti-Palestinian racism’ is, of course, itself antisemitic,” said Daniel Gordis, the Koret Distinguished Fellow at Shalem College in Jerusalem. “This may be the first time that I’ve heard the phrase ‘anti-Palestinian racism.’ It’s a way of transforming the Palestinian issue from what it is — either a national conflict or a military one or both — into one of racism. And then, not to be on their side, is to be a racist.”

Halie Soifer, CEO of the Jewish Democratic Council of America, told Jewish Insider that the statement from Sunrise’s national arm “really didn’t get at the heart of the issue. By ignoring it in the statement, in a way they’re giving it a green light — because without a clear condemnation I don’t understand what the point of the statement was,” she said.

Two members of Congress who were endorsed in 2020 by the environmental group told JI that they oppose Sunrise DC’s actions.

​​Rep. Mondaire Jones (D-NY) condemned Sunrise Movement DC’s “call for the exclusion of these Jewish organizations” in a statement to JI. “With our democracy in crisis, we need everyone to stand up for the right to vote, free and fair elections, and the transformative legislation this moment demands,” he said. “We must focus on building a broad coalition to support our democracy, not excluding groups for unfair and arbitrary reasons. I condemn the call for the exclusion of these Jewish organizations from this event.”

In a statement, Sen. Ed Markey (D-MA) told JI that “antisemitism in any form is appalling and must be denounced by anyone dedicated to fighting for social justice. I condemn hate in all its forms and stand with Jewish Americans who have been targeted. As we fight for voting rights and freedom, we need to include as many partners, allies, and organizations as possible, and division and contempt will only undermine the critical goal of protecting our democracy.”

Pesner noted that the Sunrise DC chapter does not have a large local footprint. “I don’t think anybody had ever heard of them before,” he said, decrying “the damage that they’ve now done to the environmental movement, to the civil rights community [and] to the multiracial, multi-religious coalition for a more just world.”

The RAC, NCJW and JCPA still plan to join Saturday’s voting rights rally. Pesner has heard from a lot of supporters in recent days who now plan to show up to the event.

“I actually don’t think it was going to be a big thing for us,” Pesner said. “Even if there’s a minyan” — the Jewish prayer quorum of 10 people — ”I think that could be 10 times more than would have been there.”