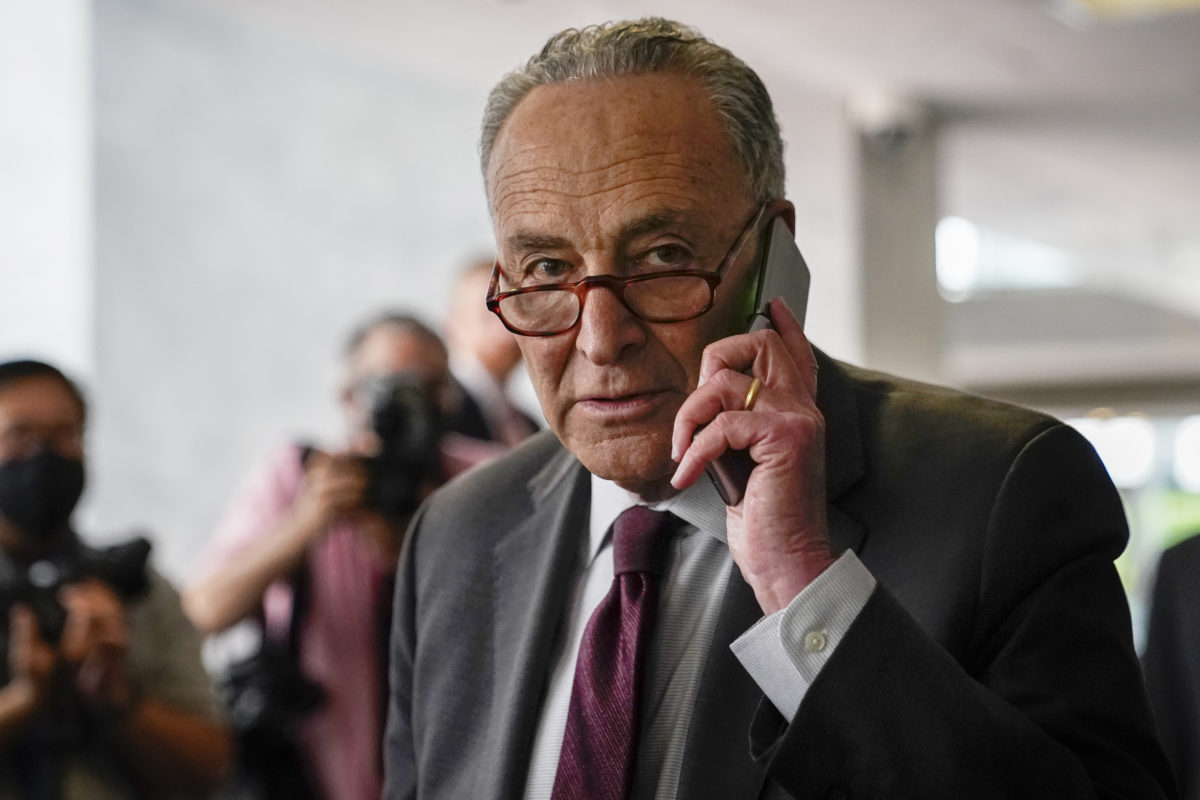 Senate Majority Leader Chuck Schumer, D-N.Y., talks on his flip phone before the start of a news conference.

During a short break off the Senate floor, Schumer called Lapid, the leader of Israel’s Yesh Atid Party, to congratulate him on successfully forming a new unity government earlier this month.

If the ideologically diverse coalition, which ousted former Prime Minister Benjamin Netanyahu after 12 years in power, holds, Lapid will take over as prime minister in two years in accordance with a dual power-sharing agreement with Naftali Bennett, the current prime minister and leader of Israel’s Yamina Party.

The Senate majority leader said he looked forward to strengthening the U.S.-Israel relationship and told Lapid that he appreciated the foreign minister’s public comments about bolstering Israel’s rapport with Democrats following recent violence between Israel and Hamas that has divided Democrats in the House and Senate, according to the press secretary, Angelo Roefaro.

Schumer and Lapid also spoke about the importance of bipartisan support for Israel among Democrats and Republicans.

The call comes on the heels of a recent conversation between Lapid and House Speaker Nancy Pelosi (D-CA), who, in a phone conversation on Tuesday, also discussed continuing a bipartisan consensus on Israel.

Secretary of State Tony Blinken is scheduled to meet with Lapid in Rome on Sunday.