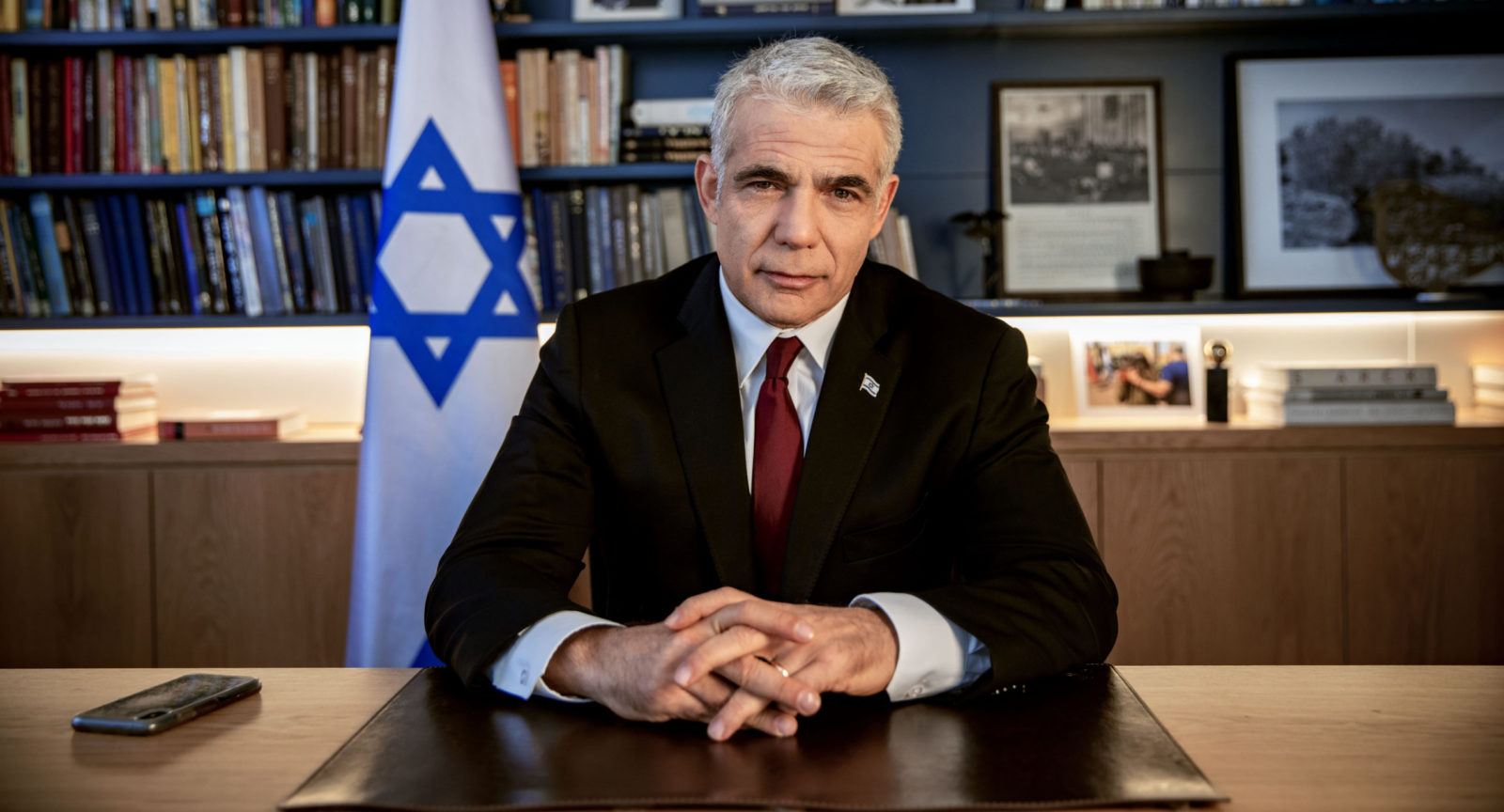 Benny Gantz shocked Israelis when he left his alliance with Yair Lapid to join a Netanyahu government. Now Lapid is waiting for it to crumble

Yair Lapid might not want to admit it, but since his political split from Israeli Defense Minister Benny Gantz and the formation of a new unity government, Israel’s opposition leader seems to be having fun.

On Wednesday, during a Knesset debate over ordering an inquiry into Prime Minister Benjamin Netanyahu’s role in the “submarine affair,” Likud Minister David Amsalem accused the opposition of doing everything it could to topple the unity government. “That’s right,” Lapid said, as he claimed the lectern to offer his one-minute rebuttal. “It’s not a secret that I want to see this government fall.” That much is also evident from the Yesh Atid leader’s Twitter feed, which in recent weeks has been full of snarky comments directed toward the government and jabs at Gantz, his former political partner.

But Lapid, 56, claims his motivations are pure. “I am too upset about the things that are going on in the country and the way things turned out politically,” Lapid told Jewish Insider in an interview from the Knesset on Wednesday. “This is not what I was working for, this is not what I wanted. Politics is not just to have fistfights, which might be enjoyable every now and then, but also to promote what I believe is right for the country, and right now what is happening is wrong for the country.”

In the three Israeli elections over the past year, Lapid, head of the Yesh Atid party since its founding in 2012, ran with Gantz’s newly launched Israel Resilience party. The merger — which ran under the name Blue and White — shook up Israel’s political landscape and, for the first time since 2009, created an opening for Netanyahu’s ouster. According to the agreement, Lapid was second in command to Gantz and the party’s candidate for prime minister in a future rotational government — though he gave up the latter stipulation ahead of the third election in an attempt to consolidate support behind Gantz. The pair parted ways in March after Gantz decided to join a government with Likud and serve under Netanyahu for the first half of the term.

Following the creation of the unity government, Lapid was selected as head of the opposition, which includes a coalition of parties from the right — Naftali Bennett’s Yamina and Avigdor Lieberman’s Yisrael Beiteinu — and the Joint [Arab] List.

Lapid didn’t dispute the suggestion that he’s comfortable in his current role. “I never refuse a good fight and it is a good fight,” he explained. “I feel that I’m on the right side of history. There is some sort of energy in me that maybe wasn’t there before.”

Lapid told JI that while he considered the idea, customary in the United Kingdom, of a shadow government, it would have been too complicated given the makeup of the opposition. “I don’t want people to go into fistfights” over their shadow portfolios, he quipped.

In Israel’s parliamentary system, as in the U.K., the opposition leader generally also serves as the alternative to the prime minister in the next election. Lapid is ready for that task — and he predicts that day is fast approaching. “I look to my left and to my right, and I see no other alternative to the government,” he said.

While Netanyahu has set November 17, 2021, as the date he will step down and hand power over to Gantz, Lapid doesn’t believe it will ever happen. Citing recent polls that show support for Gantz’s party slipping to single digits, Lapid suggested that Netanyahu will find a way to prevent Gantz from taking over next year, causing the government to fall apart by itself. “I am not sure this whole thing will last,” he said, indicating that Gantz might quit politics in the event the government collapses.

Preparing for an early election, Lapid said he’s learned from past mistakes and will not stand down from being the prime ministerial candidate in any future alliances he might form. Lapid pointed to the 2013 election, in which his party received a surprising 19 seats and he became finance minister in Netanyahu’s third government. “I’m not going to serve under nobody, and Yesh Atid is not going to be under nobody ever again,” he declared. “We have paid a very high price while learning. But now that we’ve learned, I’m not going to make the same mistake twice.”

Lapid said he was surprised to see Gantz imply this week that he would support Netanyahu’s plans to unilaterally annex portions of the West Bank. “I sat with Benny Gantz on numerous occasions and he spoke about the fact that unilateral annexation is a bad idea for Israel’s security and that without coordinating it and with the agreement of the Jordanians while maintaining security cooperation with the Palestinian Authority, this is a move that might threaten Israel’s security,” Lapid recalled. “The fact that someone — on something that serious — can change his mind so quickly for no obvious reasons, aside from politics, worries me quite a bit.”

In principle, Lapid says he supports applying Israeli law to the Jordan Valley and parts of the West Bank, but only as part of an agreement with the Palestinians or with the backing of Arab countries. Lapid pointed out that annexation is one part of President Donald Trump’s peace plan. He says he would support Trump’s plan in its entirety in a Knesset vote, with the exception of a clause that would force the transfer of some Arab-Israeli towns to a future Palestinian state. According to Lapid, Netanyahu’s annexation push “tore out two pages from the bigger plan because it serves him politically” amid his legal situation. “I have no idea why Benny Gantz and [Foreign Minister] Gabi Ashkenazi are playing along,” he added.

In recent weeks, a majority of Democrats in the House and Senate have expressed opposition to unilateral annexation, which could begin as soon as July 1.

Lapid is concerned that pushing for annexation in the middle of a U.S. presidential election year without considering the views of the Democratic party is “irresponsible” and could undermine long-term support for Israel in the U.S. “Of course we do not take sides in the election, but there is a real possibility that come November, we are going to have a Democratic president, Joe Biden, and a Democratic Congress and [possibly] a Democratic Senate — and these are going to be angry Democrats because nobody likes being ignored, especially by your friends.”

“Dermer is serving more as a special envoy for two political parties — the Likud and the Republican Party — than he is as ambassador for the State of Israel,” Lapid opined. The Israeli ambassador, who has held the post for the past six years, is expected to leave in the fall and be replaced by Likud Minister Gilad Erdan, who will serve concurrently as Israel’s U.N. ambassador.

Lapid’s message to supporters of Israel in Diaspora was simple — and hopeful: “The forces within Israel that strongly believe in democracy and the rule of law are still there, as strong as ever.”