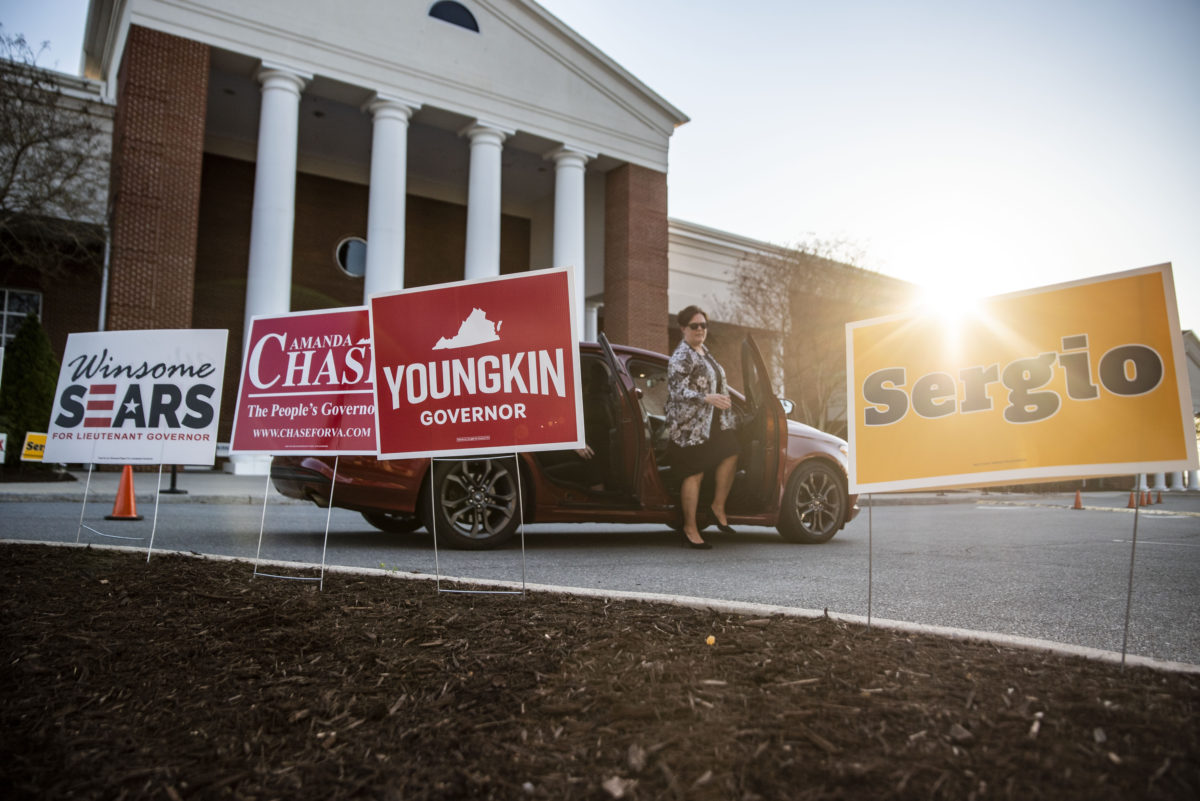 After an intense backlash, the Republican Party of Virginia voted unanimously last night to expand the voting options in the party’s state nominating convention so that observant Jews can participate.

The move came days after the party’s State Central Committee initially voted to limit voting to Saturday, May 8, over the objections of Orthodox Jews in the state, who sought an alternative option to the Saturday-only convention, and their supporters. The new plan will allow Republican delegates, who must submit a form several days prior explaining that they are religiously observant and cannot vote on Saturday, to vote on Friday afternoon instead.

In the time between the two decisions, the state GOP was widely criticized by both Democrats and Republicans. Jewish Republicans were among the most vocal, with some questioning whether the party is doing enough to reach Orthodox Jews, a reliably conservative voting bloc.

“This is disgraceful,” the state Democratic Party tweeted, calling the vote “another sad example of the VA GOP excluding Virginians from their nomination process.” Glenn Youngkin, a Republican candidate and evangelical Christian, wrote that “We must be a party that welcomes everyone and anyone who embraces our conservative values, and one of those core values is religious liberty.”

In interviews with Jewish Insider, Virginia Republicans characterized the initial vote as a bureaucratic misstep, having more to do with confusion around the rules of the Republicans’ nominating convention — a convoluted process that takes the place of a statewide primary election to determine Republican nominees for governor, lieutenant governor and attorney general — than any antisemitic sentiment.

The process of organizing the convention has been a point of some uncertainty and frustration, even among seasoned Virginia Republicans. Because of the pandemic, the state cannot host a single large gathering, instead referring to the day-long event as an “unassembled convention” with 37 voting locations across the state. Each voting location will accept the ballots of registered delegates, who had to be approved in advance by local party chairs. 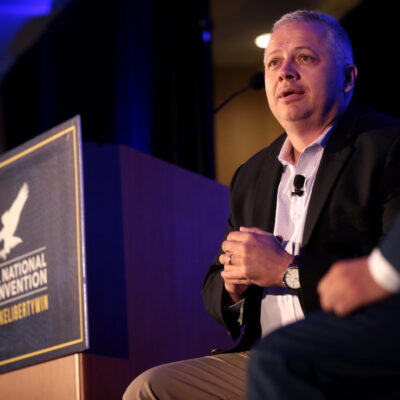 “For the convention, everybody started to scramble, and I think it was just one of those things where we were running in so many directions, [and] people were just so focused on the basics, [like] how are we going to do this, that we didn’t think about some of these collateral issues,” said Mike Ginsberg, a member of the Republican Party’s State Central Committee. “Collateral issues like that — it didn’t pop up on the radar screen, because these huge issues were absorbing all the airtime,” Ginsberg added, referring to controversies surrounding the planning of the convention.

Still, Jewish Republicans told JI that even if the initial decision was quickly rectified, it suggests a tendency to take Orthodox Jews for granted. Orthodox Jews are “conservative voters, and there’s an opportunity to reach out to them. This is what they do. They tell us that we can’t vote,” said Ken Reid, who spent more than 10 years as a local elected official in Loudoun County and now lives in Norfolk.

“There’s no outreach,” Reid, a Republican, told JI, noting that in his view, the party’s gubernatorial candidates were not doing enough outreach to the Jewish community. “These candidates are focusing on the Second Amendment, on gun owners. Even though there are gun owners in our synagogue, they’re focusing on certain groups of people to get as delegates. They’re not looking at going around to the Orthodox neighborhoods.”

The convention is crucial for Virginia Republicans, who have not won a statewide election since 2009. Many Republican candidates for governor have cited “election integrity” as a key issue for their campaigns, with the discussion spilling over to the Republican-managed convention; last week, three candidates wrote to the chair of the state Republican Party asking him not to use a certain vote-counting software, arguing that it “lacks openness and transparency.”

Bruce Brown, a former State Department official and Republican activist in Alexandria, told JI that the convention “has all kinds of problems.” Brown noted that certain aspects of the nominating process were still unclear to him, including the state party’s “weighted system” that gives outsized influence to ballots cast by voters in more conservative parts of the state. “You hope that the candidate who has the broadest appeal will win,” Brown said.

In a letter sent in early April, two and a half weeks before Thursday’s meeting, four Orthodox rabbis wrote a letter asking that the Republican Party’s State Central Committee allow observant Jews to vote absentee in the nominating convention, which otherwise is not allowed for delegates. Some Republicans, including Ginsberg of the State Central Committee, have said that the letter simply came too late, after the rules for the convention had already been set.

“The problem here was not so much the language of the amendment, but rather the timing,” John Massoud, a Republican from Shenandoah County, wrote in a blog post. “There had not been a full vetting of what could go wrong or not go wrong,” Massoud wrote, adding that “I really do not have any issue with the religious exemption amendment.”

After Thursday night’s vote, other Jewish figures and organizations got involved. The Maryland-based Coalition for Jewish Values, a right-leaning advocacy organization, wrote to the Republican Party of Virginia that Orthodox Jews are “at risk of being disenfranchised in this situation.”

Rabbi Levi Shemtov, executive vice president of American Friends of Lubavitch (Chabad), told JI that he reached out to the Republican Party of Virginia after hearing about the controversy over the weekend.

“You cannot avoid political meetings on the weekend, but there should be accommodation for participation for those who can’t physically be in the room, but wish to be part of the process,” Shemtov told JI. He pointed out that the original request, from the four Virginia rabbis, was to allow absentee voting, a process not favored by Republican leaders.

“I got a few phone calls asking how they can possibly manage to satisfy everybody, and I said, ‘You don’t want to have people mailing in ballots a week and a half before? Fine. But if someone presents themselves Friday afternoon, and says I would be here tomorrow, but for the fact that it’s my Sabbath, how are you going to turn them down?’ And that seems to resonate better,” Shemtov recalled. “Normally, when you’re seeking accommodation, you have to find a solution that doesn’t reverse the original decision, but modifies it. People don’t like to admit they were wrong, but almost anyone will admit, ‘There may have been an oversight.’”