A bipartisan group of House and Senate lawmakers is introducing legislation that would provide $30 million over five years to facilitate joint cybersecurity partnership programs between the United States and Israel.

The legislation comes as Washington continues to grapple with an escalating series of cyberattacks in which Russian intelligence was able to compromise scores of government agencies and private companies. The U.S. and Israel’s common enemy, Iran, has also been implicated in a series of cyber attacks in recent years. 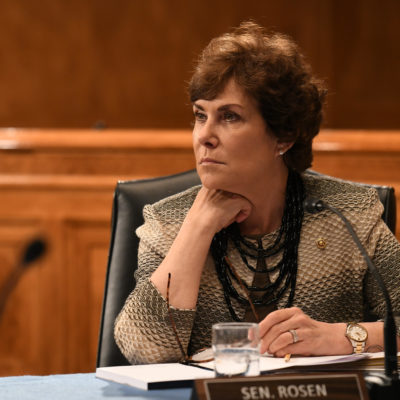 The legislation would establish a Department of Homeland Security grant program to fund research by a range of actors, including government entities, private companies, nonprofits and academic institutions, under the condition that they partner with corresponding entities in the other country.

Grants would be assigned by the secretary of Homeland Security, advised by a three-member board made up of one federal government representative and two members recommended by other preexisting U.S.-Israel cooperative groups.

Collins highlighted the effect last year’s SolarWinds breach had on the security and intelligence communities.

“Cyberattacks pose a grave risk to our national security, intellectual property, personal data, and public safety. The recent SolarWinds hack demonstrated how vulnerable U.S. networks are to cyberattacks and should serve as a wake-up call about the need to address our glaring vulnerabilities,” Collins said in a statement.

Langevin has twice introduced this legislation in the House, in 2016 and 2017, following a fact-finding visit to Israel and it passed both times by voice vote. The Senate did not take action on the bill on either occasion.

This is also not Rosen’s first attempt to establish a binational cybersecurity partnership between the U.S. and Israel. In 2019, she introduced a bill that would have required the State Department to explore establishing a joint cybersecurity research center. That bill did not pass out of committee during the previous congressional session.