Trump a no-show at his White House Hanukkah party 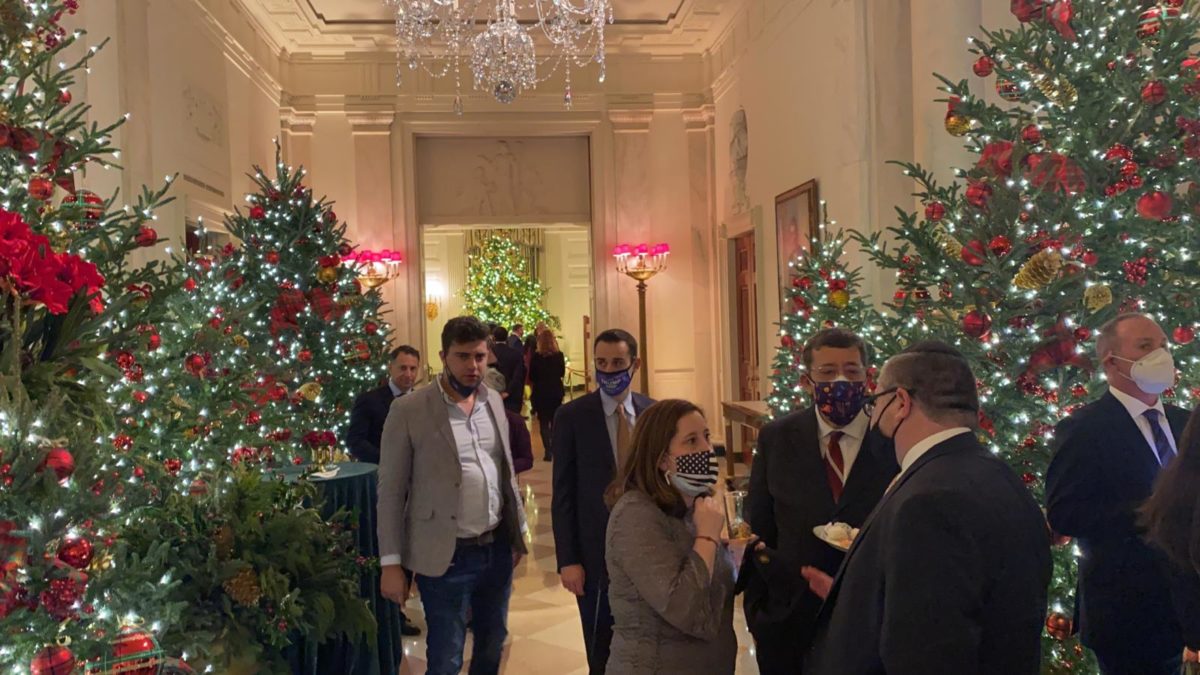 The invitation sent out last month read, “The President and Mrs. Trump request the pleasure of your company at a Hanukkah reception to be held at The White House.” A second party is being held Wednesday evening.

The events, which are traditionally well-attended and aired live on CSPAN, were not listed on Trump’s daily schedule, which was released a day prior. Several attendees told JI the crowd was surprised to learn while waiting for the official start of the event that the president did not plan to participate.

About 150 people, many of whom traveled to D.C. from New York and Los Angeles, attended the afternoon event. Treasury Secretary Steve Mnuchin, who was at the White House, stopped by for a few minutes, as did Mideast peace envoy Avi Berkowitz, sources told JI. The only elected officials said to be in attendance at the afternoon event were New York City Councilman Chaim Deutsch (D-Brooklyn) and New York State Assemblyman Simcha Eichenstein (D-Brooklyn). Sidney Powell, who was initially part of the president’s legal team contesting the election results, was also in attendance and “was treated like the guest of honor,” one participant told JI.

This marks the first time a president has been absent from a Hanukkah reception since the tradition started during the George W. Bush administration.

The White House declined to comment. An administration official with whom JI spoke did not offer an explanation as to why the president didn’t appear at the event.

UPDATED at 8:45 PM: Trump — donning a long winter coat — made an appearance at the evening party, during which time he briefly addressed attendees with comments largely focused on the November 3rd election results. His remarks were followed by chants of “four more years.”