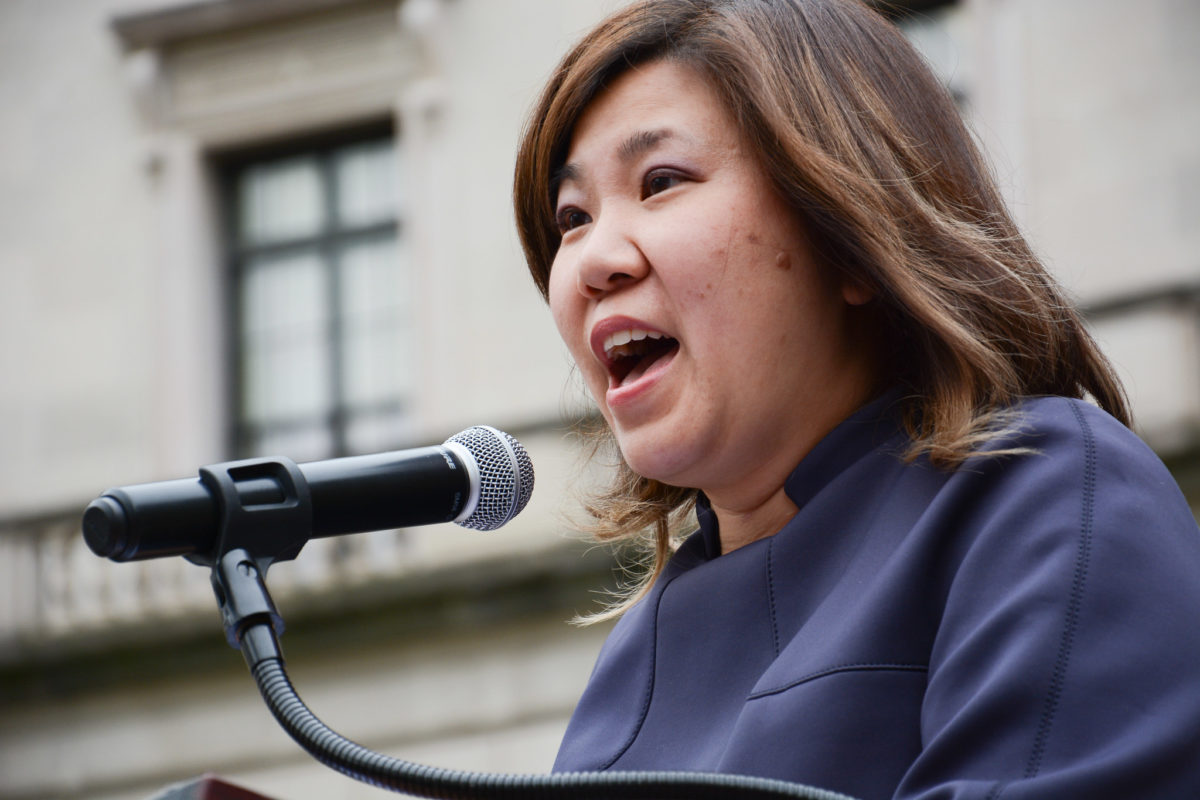 Rep. Grace Meng speaks at an American Federation of Government Employees rally on April 25, 2018 outside of EPA headquarters. (Chelsea Bland)

A second group of members of Congress is criticizing the Justice Department over its stance in a Supreme Court case regarding the Guelph Treasure, a collection of more than 80 pieces of medieval art purchased from Jews by the Nazis in 1935.

Six congressional Democrats, led by Reps. Ted Deutch (D-FL), Grace Meng (D-NY) and Brendan Boyle (D-PA), signed on to a letter rebuking U.S. Solicitor General Jeffrey Wall for filing a brief in support of German calls for the case to be dismissed.

The letter comes days after a separate group of representatives sent a letter to German Ambassador to the U.S. Emily Haber expressing concern over the German government’s arguments in the case. The language and arguments in the new letter mirror that of the previous one.

“We were concerned to read that the United States’ brief for this case supports a German position that suggests that the sale of the cultural artwork collection in question was not forced based on the year of the sale,” the second letter reads. “The United States’ brief… echoes the German position noting that genocide is understood as involving infliction of physical killing and harm, but not economic crimes.”

The letter also cites a series of Congressional legislation relating to the Holocaust and property restoration.

“I heard concerns about the US’ position in the Supreme Court case that contradicts past bipartisan Congressional action on restitution for Jewish survivors of the Holocaust,” Meng told JI. “Without a legal mechanism, there would be no recourse to right wrongs. Congress—in a bipartisan fashion—has passed laws that make it clear what options Jews have to seek justice. I’m disappointed the Acting Solicitor General didn’t include this in the brief that sides with the German government.”

“Congress has acted on multiple occasions to provide clarity on Holocaust restitution issues,” he said. “History cannot be ignored or rewritten, and I hope the Acting Solicitor General will take into consideration longstanding Congressional action and intent. We will continue to support efforts to ease the burden for the recovery of Holocaust-era property.”

The other signatories on the letter are Reps. Greg Meeks (D-NY) — who is in the running to become the next chair of the House Foreign Relations Committee, Brad Schneider (D-IL) and Max Rose (D-NY).