Foreign policy left on the sidelines of second presidential debate 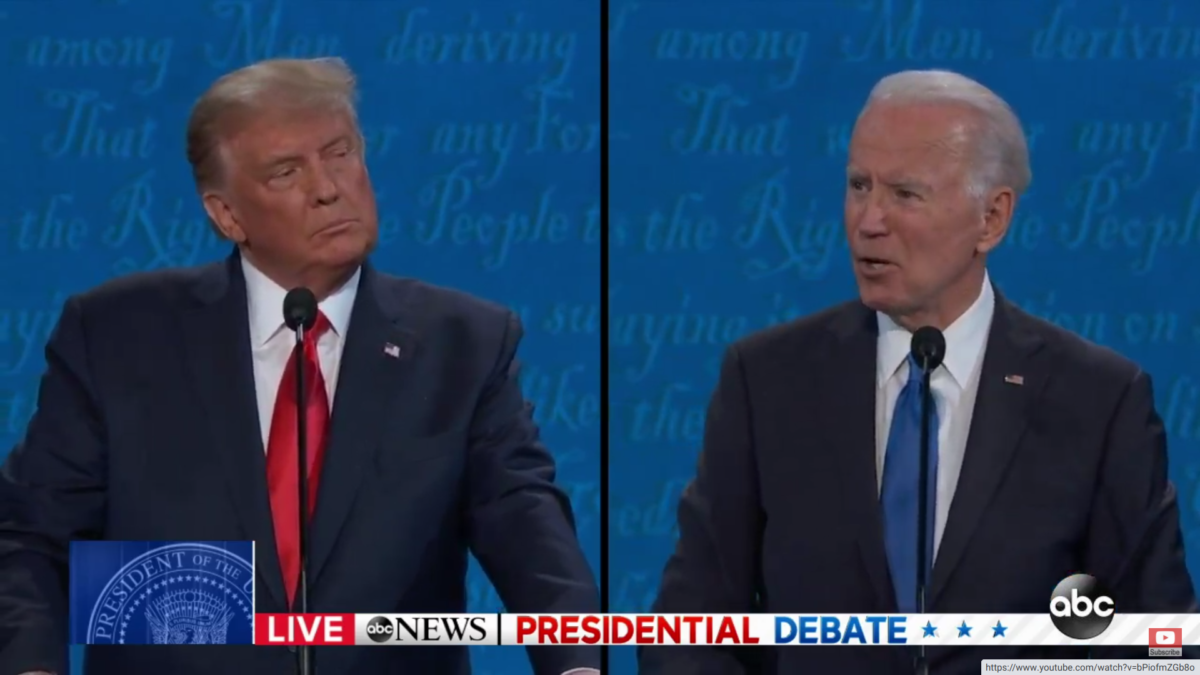 TV pundits and commentators noted that Trump performed better compared to his combative performance during the first debate last month, in which he repeatedly and insistently interrupted his opponent and the moderator. “It was definitely a more normal debate. President Trump behaved more like a regular person might, theoretically,” CNN anchor Jake Tapper remarked at the conclusion of the debate. “I think it’s fair to say that Trump supporters and Republican office holders can relax for the night, they can exhale. He didn’t set himself on fire… like he did at the first debate.” Observers also praised moderator Kristen Welker for keeping order and civility — in contrast to the candidates’ first matchup.

But Trump “failed to get the game-changing moment he needed to dramatically alter the trajectory of the race,” CNN reporters Maeve Reston and Stephen Collinson posited. And Biden appeared to hold his ground in response to Trump’s attacks. On ABC News, former Chicago Mayor Rahm Emanuel described the former vice president’s performance as “passionate” in addressing the American people directly and said he “cleared the bar” as an “acceptable alternative” to Trump. Lloyd Green, a contributor to The Guardian who served as opposition research counsel to George H.W. Bush’s 1988 presidential campaign, maintained that: “the president engaged his base. Biden spoke to a country.”

Former Wisconsin Governor Scott Walker told JI that Trump came across “presidential” in the debate and “got his points across well to the American people.” Walker added, “He defined himself as the outsider up against a typical Washington politician.”

While the two candidates sparred on America’s approach towards China and Russia, foreign policy was barely discussed in the 90-minute debate, which was initially billed as a foreign policy-related event before the second debate was cancelled due to Trump’s COVID-19 diagnosis. The Middle East was not raised once. Aaron David Miller, a senior fellow at the Carnegie Endowment for International Peace, told JI the topic is largely “an inside the beltway issue, completely untethered from the priorities of the vast majority of Americans — who are focused today on the health and economic wellbeing of their families.”

During the foreign policy portion of the debate, Biden made an eyebrow-raising reference to Adolf Hitler in response to Trump’s defense of forming a “good relationship” with North Korean leader Kim Jong Un. “That’s like saying we had a good relationship with Hitler before he in fact invaded Europe,” Biden remarked. Walker told JI: “Biden should apologize for his outrageous reference to Hitler.” But former ADL national director Abe Foxman, a Biden supporter, said he didn’t find it inappropriate. “I don’t have a problem with it,” said Foxman, a Holocaust survivor. “It is a comparison about dealing with a dictator — nothing to do with the Shoah.”