Kushner: Trump admin strategy on Israeli-Palestinian issue is ‘not to do stupid things’ 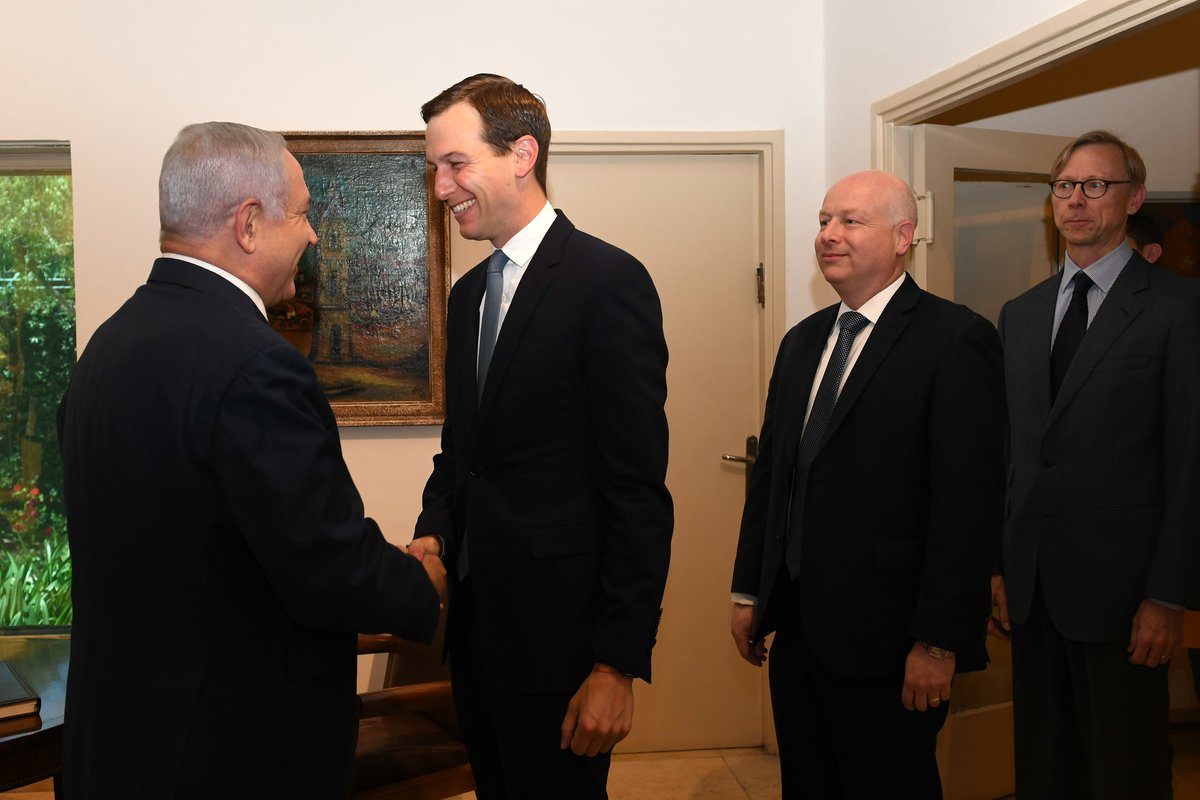 In an interview with Politico’s Playbook on Thursday, White House senior advisor Jared Kushner defended actions by the Trump administration to cut U.S. assistance to the Palestinian Authority and blamed the PA leadership for the crisis.

“Our strategy has not been to isolate the Palestinians. Our strategy has just been to not do stupid things,” Kushner said, explaining why the administration has cut off aid as the PA grapples with ongoing financial crises in the West Bank and Gaza. Kushner said he told representatives of the “Quartet” — a group comprised of the United Nations, the European Union, Russia and the United States — on Wednesday that the Palestinians are complaining about what he called “a self-made financial crisis” because they are unwilling to take the money Israel is ready to transfer from an escrow account.

Kushner also addressed the ongoing conflict between Israel and Gaza. ”The only reason why they have conflict is because they’re shooting rockets on buildings in Israel.”

“In the past, people would rush and try to help them, but we just haven’t rewarded bad behavior,” Kushner stressed. “When they came out, they started criticizing America when we moved the [U.S.] embassy [to Jerusalem], we basically said, OK, we’re not sending you money anymore.’ We’re not going to send American taxpayer money over to a country, to a people who basically insult America and take [us] just for granted. So we’ve just taken a common-sense approach. We’ve tried not to do stupid things again.”

Kushner suggested that by rebuilding trust with Israel and Gulf countries and by showing “he’s not going to be intimidated,” President Donald Trump “could actually be the first person to lead the Palestinian people to a place where they have self-determination, hope and a lot of economic opportunity” if they choose to return to the negotiation table. “They now have a proposal on the table for a Palestinian state from Israel — something they did not have [at the] beginning of this administration — and there is a map that Israel has agreed to negotiate on the basis of that has never been done before in the history of negotiations.”

Bonus: Peter Berkowitz, director of policy planning at the State Department, pushed back in a Zoom call hosted by the American Jewish Committee on Thursday against the argument that the U.S. has isolated itself on the issue of Iran following the U.N.’s rejection of the Iran arms embargo extension earlier this month.

“We need to understand that the American partners who are most directly affected by Iran’s ceaseless effort to extend its hegemony throughout the Middle East — that is our Arab Gulf partners and Israel — are at one with us in our approach to Iran and support the maximum pressure campaign,” Berkowitz explained. “The countries that understand, I think, best and face most immediately the Iranian threat…  they understand this as the United States is working actually with them to advance our shared interest in instability in the East. Is more diplomacy necessary to persuade the Europeans to do the right thing? Yes, of course. But again, I want to emphasize, it would be wrong to understand the United States as going alone because it’s got an important difference of opinion with our European friends. The United States is working closely with our partners in the Middle East.”