A.O. Scott on losing the movies 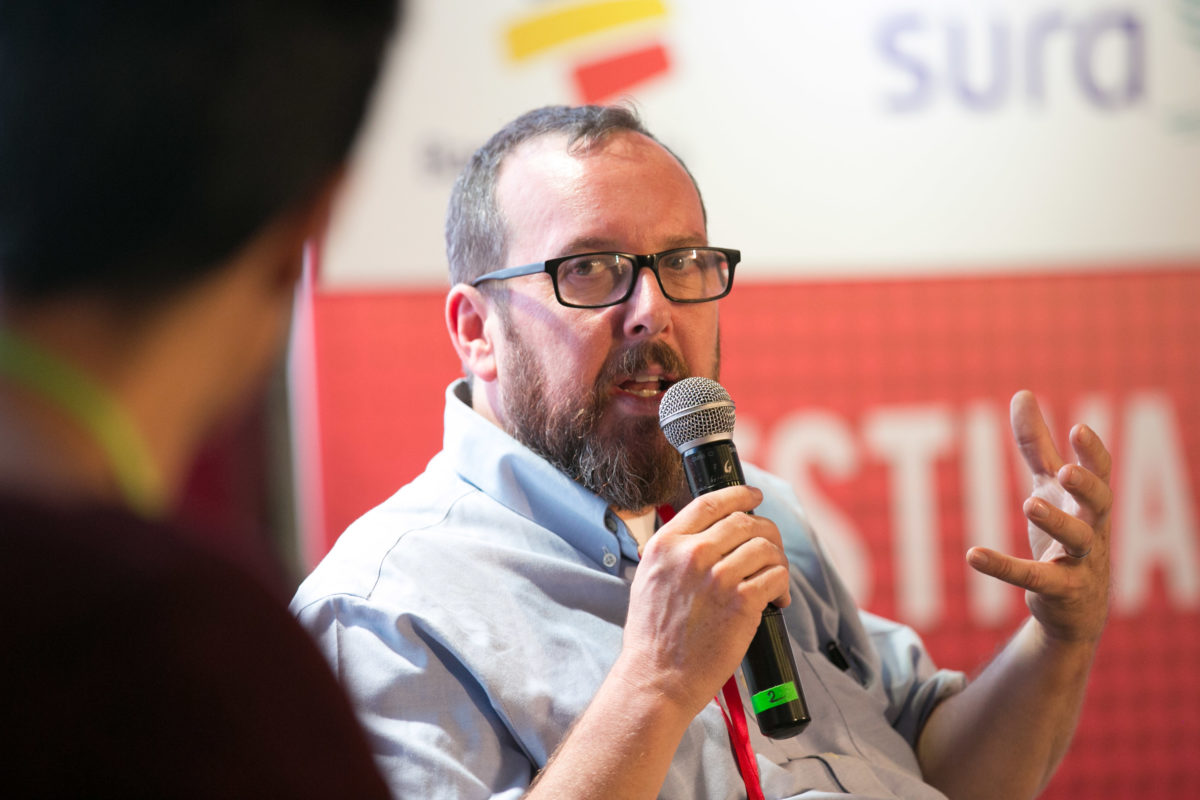 Before the pandemic, A.O. Scott, the venerable film critic for The New York Times, kept up a fairly demanding schedule, seeing around 300 movies a year — most of them in sparsely populated screening rooms or with sneak-preview audiences at select multiplexes — and writing about two-thirds of them.

The coronavirus put an end to that. “Everything kind of froze,” Scott, 54, told Jewish Insider in a recent phone interview from his out-of-town hideaway, the whereabouts of which he declined to disclose.

“The movie theaters closed down and stuff wasn’t being released,” he said. “There weren’t very many in March, April, May. There were not very many movies being released on streaming or VOD, I think just because the distributors weren’t sure what was going to happen, and they didn’t want to release their stuff on these much less lucrative and more untested platforms.”

Things have now returned to “a temporary sort of normal,” according to Scott — at least from a distribution standpoint, as smaller releases have been going out on streaming platforms. Yet what would normally have been a busy period in the lead-up to the fall season is, for the most part, a fairly quiet one given that summer blockbusters are virtually nonexistent, as are the popular independent films that exist to counter-program against the big commercial pictures.

Not that he hasn’t enjoyed some of the offerings available to viewers. He liked “Palm Springs,” for one, and, “with some reservations,” the Seth Rogen vehicle “An American Pickle” — released on Hulu and HBO Max respectively. Scott, who is Jewish, was also impressed by “The Old Guard,” a superhero film starring Charlize Theron, but felt that he was missing something by watching it at home.

That, of course, is the big, unanswered question. “Nobody knows when, if ever, things are going to return to normal, or what a new normal will be like,” Scott mused. “Every time I read a confident, predictive piece — not only about movies, but about anything — I think, ‘Well, let’s see.’”

In the meantime, he has had to adjust to watching movies that he wants to review on his home screen, sometimes with a DVD but most often with a digital link. “That’s a huge change,” said Scott, who splits his reviewing duties with the Times’s other chief movie critic, Manohla Dargis. “As a policy, we never reviewed from links — ever — with the exception, very recently, of some Netflix releases. But usually we would see those in screening rooms, too.”

“It’s a very strange feeling,” he said, making sure to add that he is in a somewhat rarefied position in his role at the Times.

“The job of a movie critic, let’s be honest, is absurd anyway in some way, and sometimes it feels even more absurd,” he said, “like, what am I doing while the world is burning down?”

There is no denying, however, that the new setup has put Scott — and every movie critic — on ambiguous footing. Where do you draw the line between film and TV criticism, for instance, if everything is exclusively available on a streaming platform?

“It gets very confusing,” Scott told JI. “I don’t think that there’s a hard and fast theoretical distinction that you can make or a rule for all time. We just try to figure it out as we go along. And obviously, things that are serial in form are TV, and things that are single, standalone features are movies. But how long that will be true or make sense — I don’t really know.”

Still, that doesn’t yet seem to have been a major issue because of the paucity of new movies that are being released. And with that reality in mind, Scott who is also a critic at large at the Times, has lately been focusing a good portion of his energy on writing critical appraisals of older films with the hope that he can reintroduce them to his readers in a new light while everyone waits for the film industry to figure things out.

For example, Scott recently published a look back at Bicycle Thieves, Vittorio De Sica’s postwar masterpiece of Italian neorealism. Scott told JI that he is planning to write a series on Italian movies, one of his passions.

“It’s something that editors wouldn’t necessarily have been interested in, a sort of random selection of old movies that I happen to like,” he said, referring to his job in pre-pandemic days. “So that’s a bit of a silver lining.”

He has also been hard at work writing a new column on American literature, the plans for which he had set in motion back at the end of 2019. Literary criticism is a return to form for Scott, who reviewed books for Newsday before he was hired as a film critic at the Times 20 years ago.

“It was mostly just to use muscles that I hadn’t used in a while,” he said, “to refresh my thinking and my writing and also to make room in the movie reviewing for some other younger voices just to have some space in the paper.”

Plus, Scott added, “Reading books is a good quarantine activity.”

His sentiment hints at the ways in which criticism — of all sorts — has become more service-oriented during the coronavirus crisis, a shift Scott acknowledges. “There’s a limit to what people can go out and do,” he said, “so there’s more of an element of, like, helping people find things that they might want to watch.”

“In a way,” he told JI, “it emphasizes the positive a little more.”

At the same time, Scott has been operating from another pole as the pandemic continues to rage while the presidential election heats up and mass protests against racial inequality have swept the nation.

“There’s also, I think, an idea that criticism and cultural writing should be talking about things that are relevant to the news,” he said, “that there’s stuff going on and maybe we should be watching or talking about movies or books or other works of art that engage that.”

When — if? — the pandemic is over, Scott imagines that there will most likely be a spate of movies addressing the crisis, though how that will play out is anyone’s guess.

“That’s always the interesting question, how movies will absorb what happens, and also whether it will be direct — a movie about love in the pandemic, life in the pandemic —  or whether it will be more allegorical, the way, I think, a lot of the movies that followed 9/11 were,” he said. “There were some movies that were explicitly about 9/11 and the War on Terror, but there were many more that were superhero or action movies, or movies not directly about it, but also very much thematically about it.”

“There may also be an immediate period where it’s the last thing anyone wants to think about,” he continued. “After World War II, there were 15 years when no one was making World War II combat movies, and it wasn’t until the late ’50s that they sort of came back.”

Scott doesn’t envision that daily life will return to normal anytime soon. “I would say, at the earliest, the spring of 2021 would be when we have some sense of what things are going to look like,” he told JI. “We can’t even figure out what’s going to happen with schools, so movie theaters seem pretty far downstream from that.”

In some ways, Scott is relieved to have gotten away from his old routine for at least a little while. “There are some people — not naming any names — who I am just as happy not to run into two or three times a week,” he said of the screenings he attended. “The thing that I always didn’t like about it was people would start writing their reviews out loud in the elevator as soon as the thing is over, or comparing notes. I don’t like to do that. I just need to be in my head for a while with the movie before I can figure out what I thought about it.”

“But in terms of the dark room and the bigger screen and the concentrated attention, it’s much better,” he added. “If you’re watching something at home, no one’s going to tell you to turn off your cell phone, you can pause it and get a snack. There are all kinds of built-in distractions as well as questions of image quality and sound and so on.”

Scott is, ultimately, looking forward to the day when he can sit in a cold, dark theater again, taking in a movie in quiet solitude — an activity he savored even independently of his professional life reviewing movies day in and day out for the past two decades.

“I’ve never had the stamina to watch movies all day, every day, but I did enjoy going to the movies,” he said. “I miss that, and I hope that some version of that comes back.”