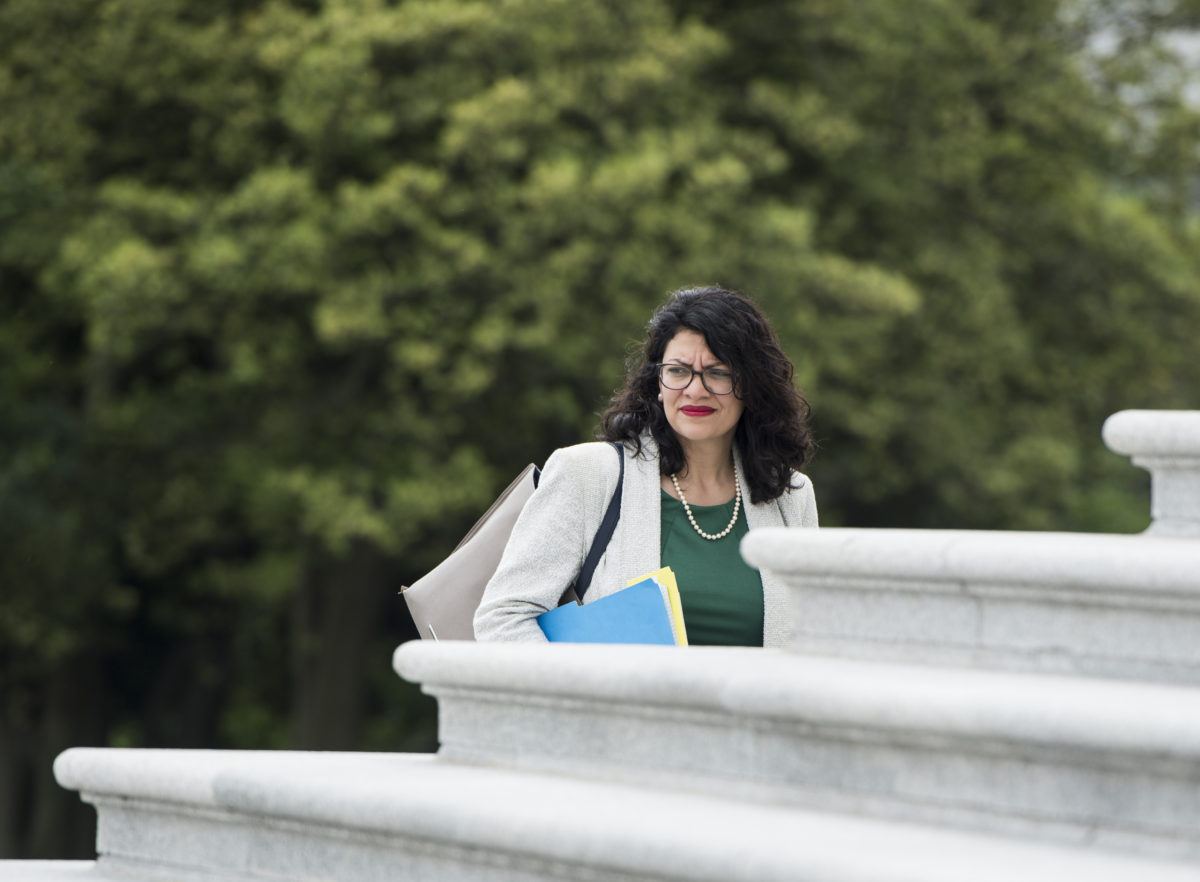 The survey of 500 registered voters, conducted by Michigan pollster and political consultant Ed Sarpolus of Target-Insyght, found Tlaib nearly 30 points ahead of Democratic primary challenger Brenda Jones, the Detroit City Council president, with 52% to Jones’ 24%. Twenty-three percent of respondents said they were undecided. The poll had a margin of error of 4.5%.

Jones followed Tlaib by nine points in an April poll, shortly after announcing her candidacy, but lost ground in recent months after being hampered by a series of setbacks.

Jones lacks name recognition and funding and has poor favorability ratings, Sarpolus told JI. “Brenda Jones took no advantage of 2019,” he added, noting the city council president did not actively fundraise or conduct outreach during the non-election year.

Jones was rumored to be in line to receive financial support from some in Detroit’s Jewish community, but that support never materialized, with some observers suggesting that donors were put off by Jones’s ties to controversial Nation of Islam leader Louis Farrakhan. Jones received just $135,000 in total donations, leaving her far behind Tlaib, who has raised nearly $2.8 million.

“If you don’t get the money, you cannot build name awareness at all,” Sarpolus explained.

Jones’s campaign was also dealt a blow by the spread of the Covid-19 virus, which prevented her from conducting the type of door-to-door grassroots outreach that Tlaib had done year-round while in office, Sarpolus said. Jones herself also became infected with the virus in April, but has since recovered.

Recently, Tlaib has criticized Jones for living outside of the 13th district — repeating an attack she used in the 2018 election. Jones also faced scrutiny for campaign donations received from Quicken Loans co-founder Dan Gilbert and his associates in advance of a city council vote to award $250 million in taxpayer funds to the mortgage lending company.

Despite Tlaib’s wide lead, Sarpolus suggested that a stronger and better-funded candidate could mount a successful challenge to Tlaib in the future.

“The big takeaway is that Rashida is still beatable with the right amount of money and the right candidate,” Sarpolus said. “In every poll we’ve done, Rashida has a peak at 50 or 52 percent… [and the] undecided has been a relatively consistent number.”