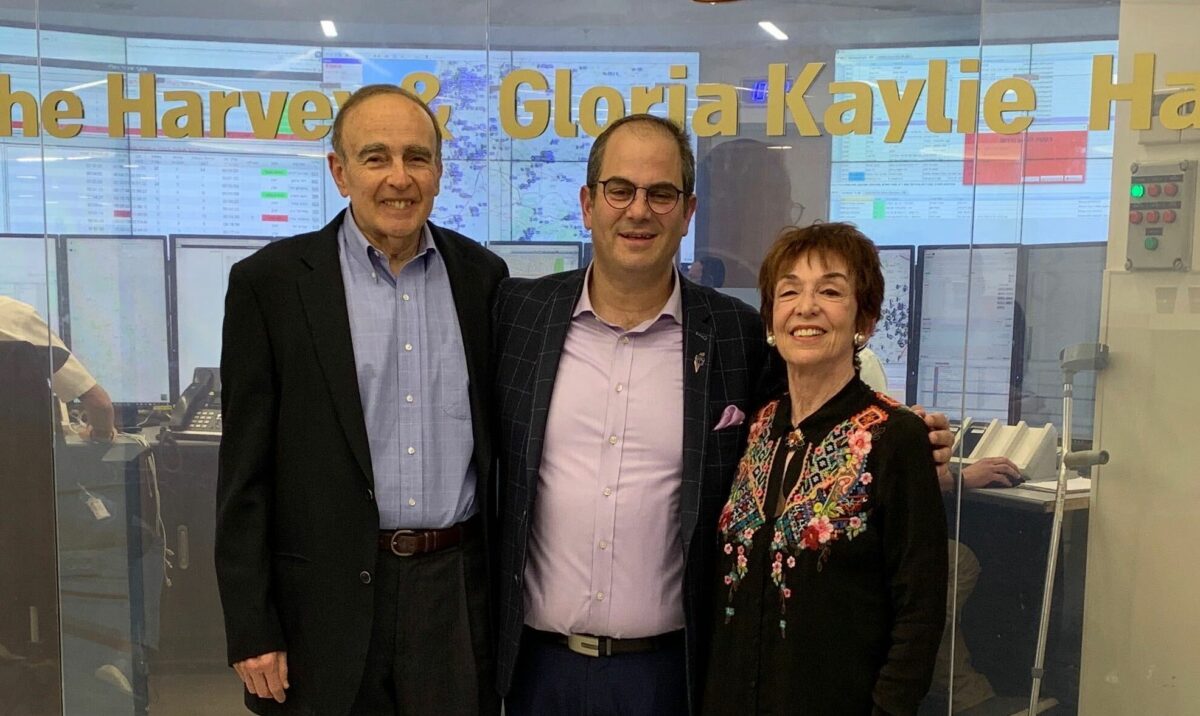 Eli Beer, the 46-year-old founder of United Hatzalah — the volunteer emergency medical organization in Israel — recently returned home after recovering from a life-threatening brush with the novel coronavirus while in South Florida on a fundraising trip. For weeks, he was intubated in a medically induced coma at the University of Miami Medical Center, where a team of specialists worked tirelessly to keep him alive.

Beer also benefited from the around-the-clock help of a friend and advocate, Dr. Joel Sandberg — the father of Sheryl Sandberg, Facebooks’s chief operating officer — who sits on the board of Hatzalah. “I was intimately involved in his entire hospital course,” Sandberg said in an interview with Jewish Insider.

Sandberg says he sprung into action when Beer entered the hospital on the Tuesday after the Purim holiday. “It was just natural for me to be his medical advocate,” said Sandberg, a voluntary professor at the University of Miami.

Though he couldn’t be present at the hospital, Sandberg was in constant talks with the medical workers who were treating Beer, analyzing lab data and relaying information from various doctors to Beer’s wife, Gitty, three times a day. Sandberg also told JI that he sent out a report on Beer’s status once or twice a day to a team at Hatzalah.

“Basically, I was doing this full-time,” Sandberg said.

Beer and Sandberg met years ago in a fortuitous encounter on a plane from Miami to New York. When Sandberg found out that Beer was the founder of Hatzalah, he told Beer that he knew of the nonprofit and had donated to it. The next morning, they met for breakfast, after which Sandberg and his wife, Adele, decided to become more involved, donating an ambulance and ambucycle.

The feeling was mutual. Beer said in an email to JI that he was particularly impressed with the Sandbergs’ involvement in the Soviet Jewry movement — and touched by their belief in his organization. “United Hatzalah is my passion since I’m 16, and now their passion as well,” Beer said.

While Beer was unconscious, Sandberg made sure to convey to each hospital worker the character of the man they were tending to. “I told everyone who he was and that we wanted to do everything possible,” he said. “I would email them his Wikipedia page and tell them to look up his TED Talk. And when I was on the phone, I would just tell them about Eli.”

Beer spent five weeks in the hospital, and Sandberg was there for his friend for all of them. Near the end of Beer’s stay, Sandberg suggested that the doctors try an experimental stem cell treatment, which they were amenable to. Beer was the first patient to be injected with the treatment in Miami, Sandberg told JI. Though Beer recovered soon after the injection, Sandberg made sure to add that it was not entirely clear if the stem cell therapy was the reason for the recovery, as there were many other factors at play.

Still, Mark Gerson, the chairman of United Hatzalah, told JI that Sandberg “quarterbacked” the operation to save Beer, speaking with medical experts around the world, researching treatments and consulting with specialists. “Joel was Eli’s guardian angel every step of the way,” he said.

“He just never stopped,” added lawyer Alan Dershowitz, who also sits on United Hatzalah’s board. “He’s not the youngest man in the world. And it was as if he was a 30-year-old new doctor. I mean, he just wouldn’t stop. He was like the Energizer Bunny. He just went on and on and on. He has accumulated more mitzvahs than anybody needs to get into heaven.”

“It was my pleasure and honor to do it,” said Sandberg, who speaks with Beer every day. “I mean, I love Eli — and he’s saving lives all the time.”