The Justice Democrats-endorsed progressive taking on Rep. Joyce Beatty is facing an uphill battle in a mail-in election 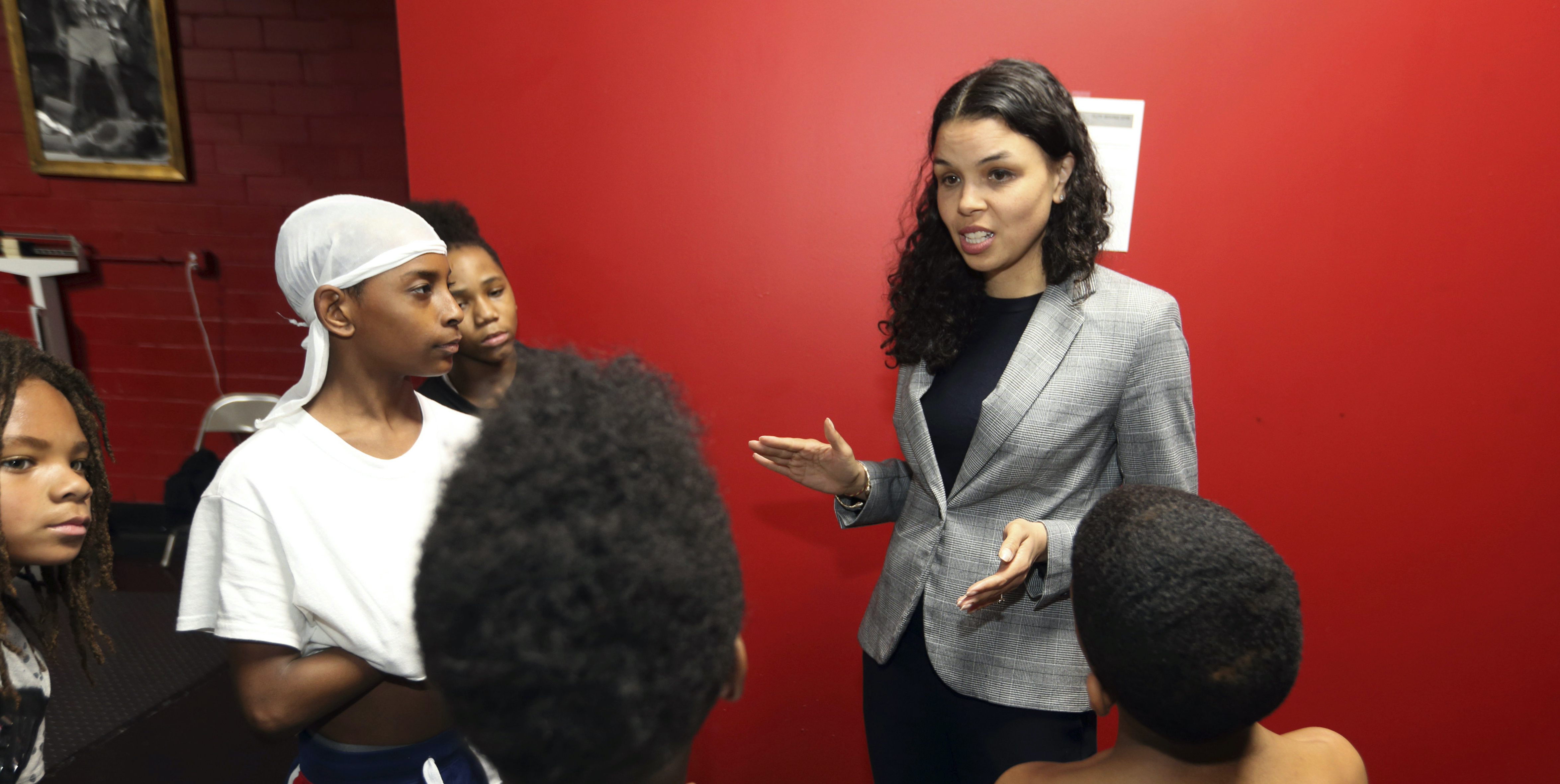 Even before the coronavirus pandemic hit, Morgan Harper was a long-shot candidate. The 36-year-old progressive took on a formidable opponent in Democratic Rep. Joyce Beatty of Ohio’s 3rd congressional district, which includes most of Columbus. Still, Harper had been gaining momentum ahead of the scheduled March 17 primary, rallying youth support, knocking on tens of thousands of doors and raising nearly $700,000 and counting.

Then the virus hit, the primary was postponed until Tuesday, April 28, and voters were — just hours before polls were set to open — instructed to vote by mail.

As the election looms, Harper’s prospects may be in jeopardy. One reason, experts say, is that the presidential primary is already settled: former Vice President Joe Biden is the presumptive Democratic nominee, having garnered the endorsement of Sen. Bernie Sanders (I-VT).

“The Biden-Sanders contest would have been the main driver of turnout, but of course it is over and, therefore, not going to motivate absentee voters,” Paul Beck, professor emeritus in the department of political science at The Ohio State University, told Jewish Insider. “That may affect the Beatty-Harper contest. Harper’s chances, I have thought, increase with the number of Sanders supporters among the voters, so that hurts her, as does the difficulty of door-to-door campaigning.”

The deadline to apply for an absentee ballot is Saturday, April 25, and ballots must be postmarked by April 27. Though that sounds relatively straightforward, critics say the state’s mail-in ballot system is byzantine and will most likely discourage voters from taking part in the election.

In order to cast a vote, Ohioans must mail in an application to receive a ballot and then return their vote by mail. As of Wednesday, the state had only received 1.76 million ballot application requests — a fraction of the 7.77 million registered voters in Ohio.

Harper, a former senior advisor in the Consumer Financial Protection Bureau, was born and raised in Columbus. Her campaign has garnered national attention, thanks in part to an endorsement from Justice Democrats, the progressive political action committee that has backed the likes of Reps. Alexandria Ocasio-Cortez (D-NY) and Ilhan Omar (D-MN). The endorsement has given pause to Columbus’s Jewish community: Justice Democrats describes Israel as a “human rights violator.”

Harper also notched an endorsement from the Working Families Party, another progressive group.

“The COVID-19 pandemic has shown what Ohio’s working families need from our representatives,” Stephen Brown, a Working Families Party organizer in Columbus, told JI. “We need leaders who will fight for the actual needs of people and communities in this crisis, not rubber-stamp failed policies that double down on the status quo. And for the people of OH-3, that leader is Morgan Harper. “

Harper’s campaign did not respond to multiple requests for comment regarding the race.

Beatty, on the other hand, has a deep relationship with Columbus’s Jewish population. Howie Beigelman, executive director of Ohio Jewish Communities, told JI that the pandemic has given the congresswoman the opportunity to “showcase her work for the community at large,” citing her efforts to protect places of worship as antisemitic attacks have increased.

The congresswoman recently cosponsored legislation to help synagogues and other places of worship offset security costs.

Bridgette Tupes, a spokeswoman for Beatty, believes that the pivot to a mail-in election will significantly impact turnout, but she was confident in the congresswoman’s path to victory. Still, she added, “these circumstances should make all Democrats concerned for how we can ensure that all voters are able to participate in November.”

Despite the expectation of lower turnout, Sean McElwee, co-founder of the non-profit think tank Data for Progress, predicted to JI that an all-mail election could work in Harper’s favor. “An all-mail vote will likely benefit Harper at the margin, because she will have the more activist base that will participate in a lower-turnout primary, and incumbents tend to benefit from higher turnout elections,” he said.

And if the last couple of months have taught political observers anything, it is that uncertainty is our new reality, said Nathaniel Swigger, a political scientist at The Ohio State University at Newark. He told JI that, while he believed Beatty was the favored candidate, he wasn’t ruling out Harper altogether.

“The truth is,” he said, “there is literally no outcome that would surprise me at this point.”