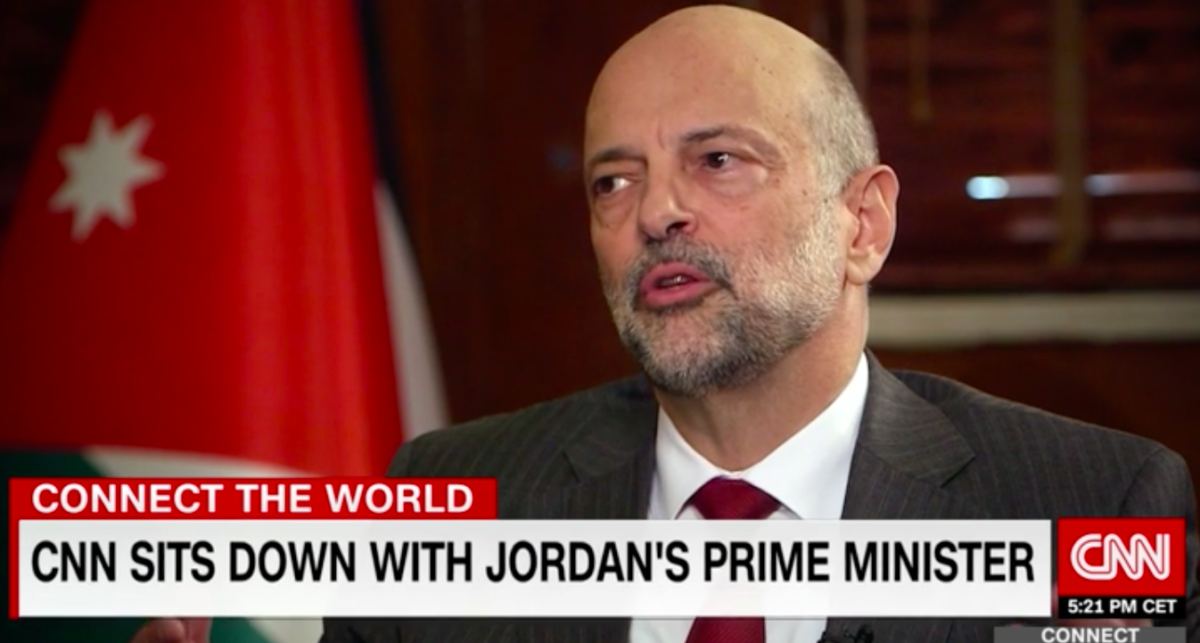 Jordanian Prime Minister Omar Razzaz warned that Israeli annexation of the Jordan Valley and parts of the West Bank risks putting the country’s long-standing peace treaty with Jerusalem in “deep freeze mode.” Jordanian relations with Israel are at their “lowest level” since the 1994 treaty between the two countries was inked, Razzaz told CNN’s Becky Anderson.

Backstory: For months, Razzaz has been warning that a potential annexation would strain ties between the two countries. The issue was a talking point on the campaign trail for Prime Minister Benjamin Netanyahu, whose party emerged from Monday’s election with a plurality of the vote. Over the coming months, a joint U.S.-Israel committee is expected to finish mapping Israeli settlements in the West Bank based on the recently released White House peace plan.

Target audience: Middle East analyst Shimrit Meir told JI that the demographics in Jordan contributed to the Hashemite kingdom’s reaction to threats of annexation. “The Jordanian reaction was much more critical than the Palestinian [reaction] because of the nature of the population in Jordan,” Meir said, noting the internal opposition from the Muslim Brotherhood and the Palestinian population in the country.

Tough choice: Meir added that U.S. officials had a choice to make. “I think the Americans — [Jared] Kushner to be more accurate — had to make up their minds,” Meir told JI. “Are they going to give up or risk a real peace treaty for an imaginary one?”