Netanyahu reassures frustrated base that annexation is on the way — later 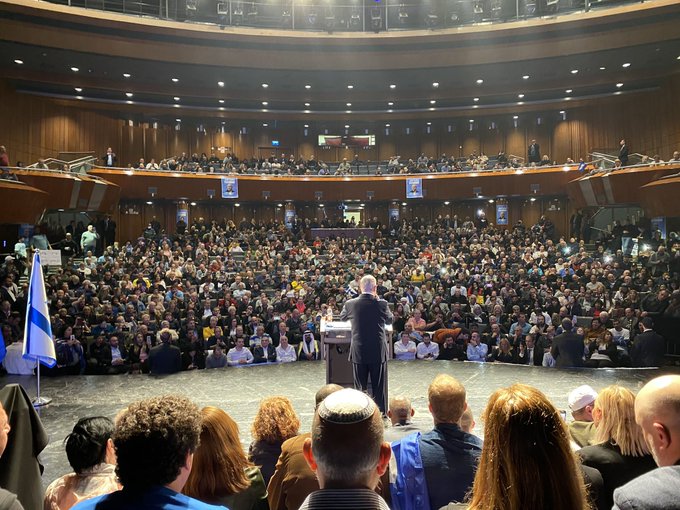 With less than a month until the Israeli election, Prime Minister Benjamin Netanyahu is seeking to reassure voters that he’s committed to his plan to annex Israeli settlements in the West Bank despite temporary opposition from the Trump administration.

On the trail: In two campaign events on Tuesday, Netanyahu pledged to apply Israeli sovereignty over all settlements after the election, and suggesting that his rival, Blue and White leader Benny Gantz, would be restricted from doing so since he would have to seek international approval and the support of the Arab Joint List.

Blame game: In comments to Israeli media and to The Washington Post, settler leaders and activists directed their anger at Jared Kushner, who has publicly defied Netanyahu’s requests to immediately move ahead with annexation following the release of the peace plan. David Elhayani, chairman of the YESHA Council — who attended the White House rollout event last week — told the Post, “Kushner took a knife and put it in Netanyahu’s back. Kushner misled the prime minister, he misled everybody.” Elhayani added that this could cost Netanyahu the election.

Dealing with the base: Tal Shalev, the chief political correspondent for Walla! News, suggested that Netanyahu is grasping for a solution and seeking the White House’s backing for even a symbolic annexation to appease his frustrated base. “There is no doubt that in the short term, it hurts him. It’s a big disadvantage for him,” Shalev told JI. “But there are still 28 days to go. Other things could turn over the agenda and there’s still enough time for Netanyahu to make up for this bluster.”

The silver lining: Ari Harow, a member of Likud and former chief of staff to Netanyahu, tells JI: “The issue of annexation and its timing was clearly mishandled, but other than domestic political haggling, it should not detract from the historic significance of the plan — the recognition of Israel’s critical security needs and Israel’s inalienable historic rights to Judea and Samaria.” According to Harow,  Netanyahu’s objective is still clear, “trying to portray himself as the only Israeli that can deliver diplomatic victories on matters of vital importance.”

Giving it more time: Oded Revivi, the mayor of Efrat and the chief foreign envoy of the Yesha Council, tells JI that the settler community shouldn’t “rush to conclusions” at this time. “I would wait patiently to see the developments,” he said.

At the U.N.: A draft United Nations Security Council resolution, circulated by Tunisia and Indonesia on Tuesday, “stresses the illegality of the annexation of any part” of the West Bank and “condemns recent statements calling for annexation by Israel” of these areas. The U.S. is expected to veto the measure.

Alternative to rejection: In Foreign Affairs, former U.S. Ambassador to Israel Martin Indyk suggests that instead of rejecting the plan and giving Netanyahu a reason to annex, the Palestinians would be wise to “bypass the Trump plan and declare its willingness to enter direct negotiations with a new Israeli government after the March 2 elections.”