Who’s on the U.S.-Israel committee for annexation 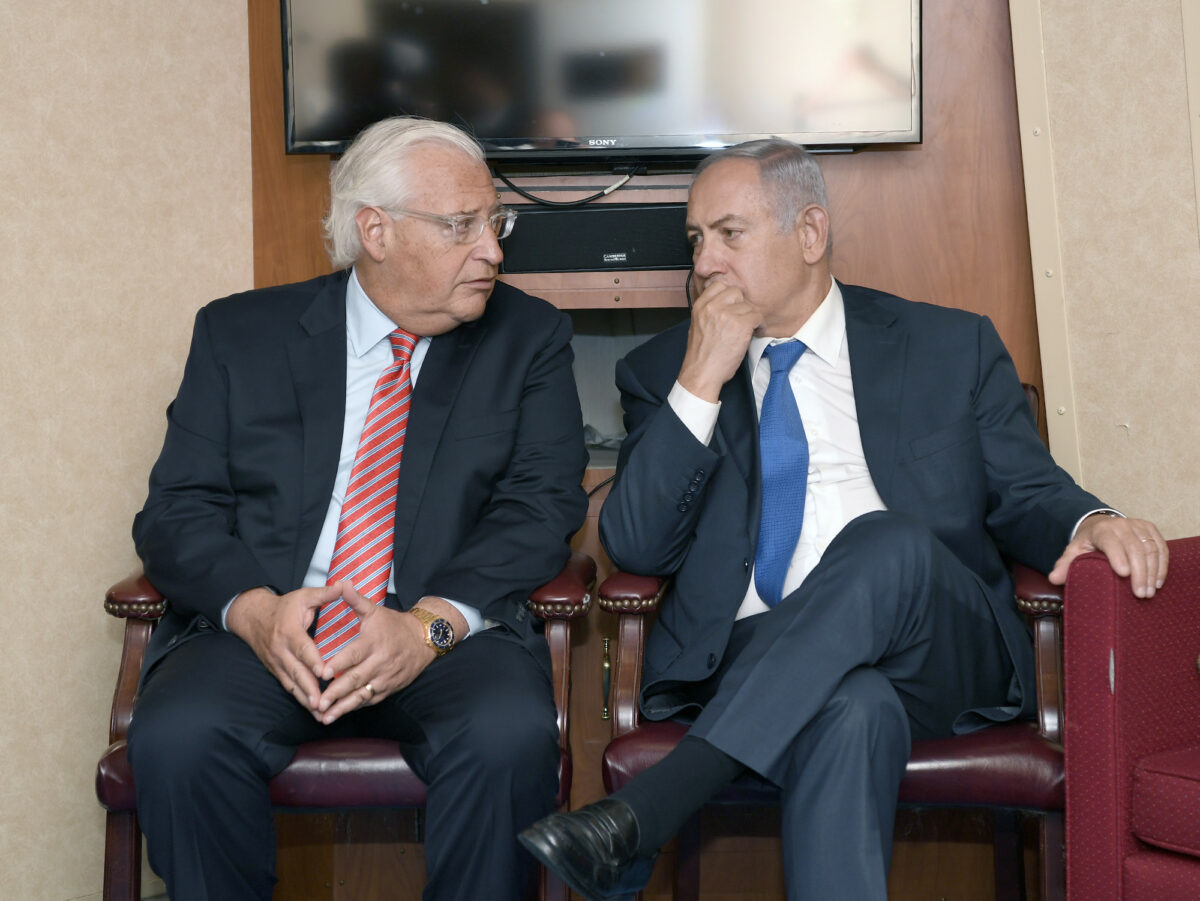 The Trump administration and the Israeli government announced over the weekend the members of the joint U.S.-Israel committee that will draw up a map outlining the annexation of all Israeli settlements in the West Bank.

On the Israeli side: Israel’s Ambassador to the U.S. Ron Dermer, Tourism Minister Yariv Levin and acting director general of the prime minister’s office, Ronen Peretz will represent Israel on the committee. In remarks to the Conference of Presidents’ annual leadership mission, Israeli Prime Minister Benjamin Netanyahu introduced Peretz, telling the group: “You should applaud this man because he’s doing a mitzvah.”

On the American side: U.S. Ambassador to Israel David Friedman, his senior advisor Aryeh Lightstone and Scott Leith, senior advisor to the Mideast peace envoy at the State Department, will make up the U.S. side of the committee.

Final outcome: Netanyahu called the expected U.S. recognition of annexation a “breakthrough” and a done deal “once we complete the mapping process.” A U.S. official emphasized to JI that the panel “is not an annexation committee. It is a joint committee to study the technical aspects necessary for a two-state solution and the improvement of the lives of the Palestinian people. It will work to make the conceptual map into a technical map. “

Notably absent: Deputy National Security advisor Victoria Coates, who was brought into the administration to assist Jason Greenblatt with the peace plan, is not among the American representatives on the committee. This comes amid a whisper campaign claiming that she is the “anonymous” Trump administration whistleblower who authored the bestseller A Warning, a charge Coates has denied.

Rumored shift: According to an Axios report yesterday, the White House is considering reassigning Coates from the National Security Council to the Department of Energy.

Would a Coates reassignment have any implications for Israel policy? “This will have no effect on U.S.-Israel relations at all,” a former U.S. official close to the administration tells JI. They are in the hands of [Jared] Kushner and Friedman, and both [National Security Advisor Robert] O’Brien and [his deputy Matthew] Pottinger are also very pro-Israel.”