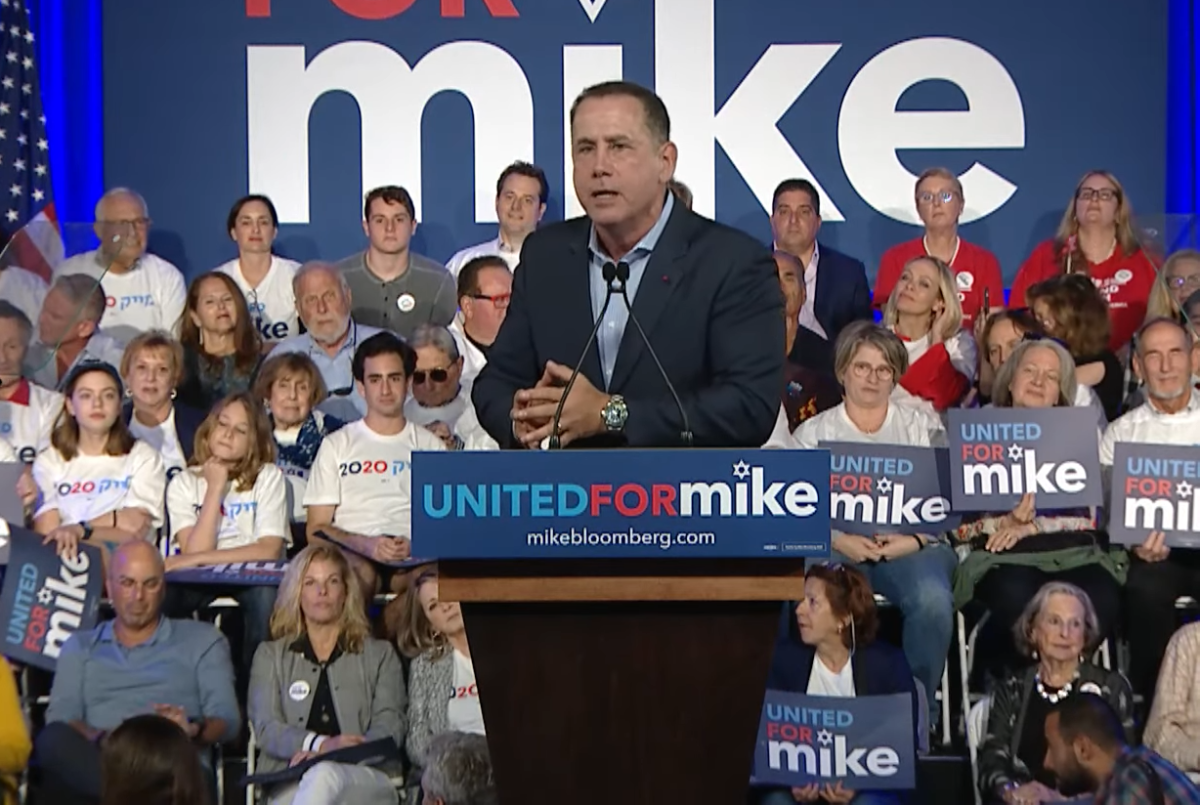 Arguments: “If money could buy an election, why was Tom Steyer not in the debate after spending so much money, and polling only at 1% nationally?” Levine, a surrogate for the Bloomberg campaign, asked rhetorically. “So there must be something about Mike Bloomberg that the people like.”

Drawing fire: In recent days, and during a feisty and contentious debate in Las Vegas on Wednesday night, Senators Bernie Sanders (I-VT), Elizabeth Warren (D-MA) and Amy Klobuchar (D-MN), as well as former Vice President Joe Biden and former South Bend Mayor Pete Buttigieg, accused the former New York City mayor of buying his way into the election. “I think that when the Democratic candidates go against the American dream and they speak against the American dream, what they’re doing is they’re guaranteeing an election loss this November,” Levine countered.

Stepping up: Levine said the impetus for Bloomberg to enter the race wasn’t because the former mayor was concerned that any of the remaining candidates might win — he “actually got into the race because he was scared they wouldn’t win.”

Helping hand: Levine said that by self-funding his campaign, Bloomberg is giving voters the opportunity to donate to down-ballot Democrats running in congressional and local races. “What he’s saying is, you don’t need to give me the money, but put your money to good use helping Democrats.”

Floridians know revolutions: Levine, a member of the United for Mike Leadership Council, argued that “ganging up” on Bloomberg will only guarantee the nomination of Sanders and the re-election of Trump. “What Donald Trump wants more than anything in the world is to be able to go up against Bernie Sanders because Bernie Sanders will be unelectable in a general election,” he explained. “And I don’t think in the state I come from, which, by the way, is the most important state if you actually want to become president, a lot of Floridians, especially in the southern part of the state, know a lot about ‘revolutions’ — they’ve gone through them, that’s why they moved to South Florida — and they’re not going to vote for anybody who is promoting a socialist revolution in our country. And therefore it will be impossible for Bernie Sanders to win Florida. And if you don’t win Florida, you don’t become president.”