Bakari Sellers not sold on Bloomberg 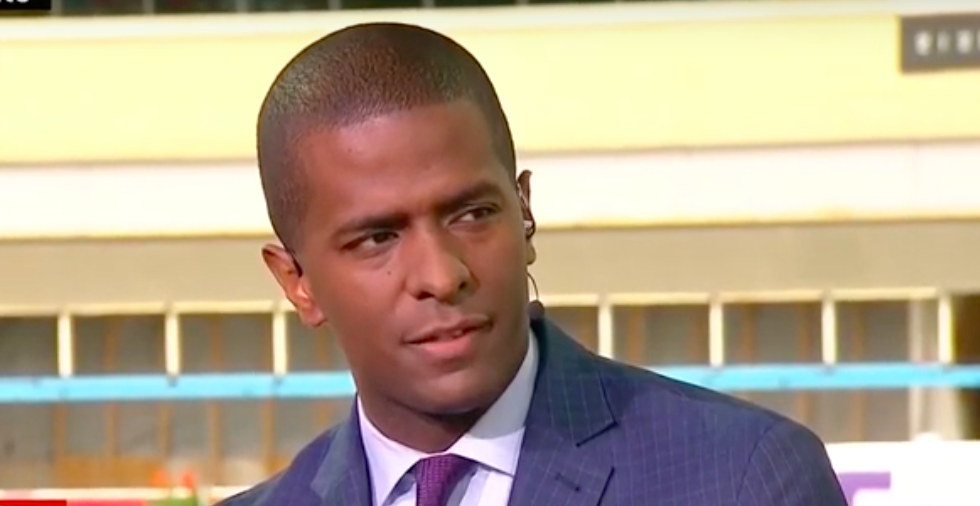 Former South Carolina state legislator Bakari Sellers shared his concerns about Michael Bloomberg’s candidacy and his views on the 2020 presidential race in an interview with Jewish Insider on Tuesday. The pro-Israel activist also weighed in on whether 2020 presidential candidates should attend next month’s AIPAC conference in Washington, D.C.

Not with Mike: Sellers, who is currently a CNN commentator, said some of Bloomberg’s policies while mayor of New York City should disqualify his candidacy. “I do not believe that Michael Bloomberg is a racist. I don’t know him. However, I will say that his policies helped to promote and prop up racist systems,” Sellers explained. “Stop and frisk, red-lining are antiquated, outdated policies that adversely affect people of color, and Michael Bloomberg’s own words were more of an indictment on any of that than anything else. Bloomberg doesn’t give people of color, particularly black men, the benefit of their own humanity. And so it is very difficult for me to believe that he will be any different as president.”

Not forgetting, not forgiving: Despite Bloomberg’s apology and contributions to the Democratic Party, Sellers maintained that “Bloomberg hasn’t proved himself to be a progressive by any stretch.” He disagreed with the former mayor taking credit for the Democrats’ takeover of the House of Representatives in the 2018 midterms. “I think that as a philanthropist his money has done some good,” Sellers asserted. “But as a public servant, his policies have destroyed hundreds of thousands of people. So to give Michael Bloomberg credit for retaking the House is the equivalent of giving a couple of drops the credit for ending a drought.”

Sellers market: Sellers previously endorsed Sen. Kamala Harris (D-CA) for president before she dropped out of the race in December. Asked who he is backing now, Sellers said that it’s a tough choice. “I’m just looking forward to seeing who is the best candidate to take on [President Donald] Trump. In fact, I think that there are more similarities than there are differences,” he said. Sellers pointed to Joe Biden as the most electable Democrat and predicted that if the former vice president comes in second place in the Nevada caucuses on Saturday and wins the South Carolina primary the next weekend, he will “stop the bleeding.” Sellers disagreed with political commentary that Senator Bernie Sanders (I-VT) is the Democratic frontrunner following the Iowa caucuses and the New Hampshire primary.

Trump vs. Bloomberg: Sellers emphasized that he does not think Bloomberg is electable in the general election. “There’s enough opposition research on Michael Bloomberg to just fill his corporation’s headquarters,” Sellers stated, “and that’s going to come out day by day. And I just feel like he is not in the best position to beat Trump even with his millions or billions of dollars. People think Donald Trump is going to run out of money. He ain’t. Every dollar Michael Bloomberg can spend on his race, trust me, Donald Trump will raise that. I don’t find that to be of any advantage, and I don’t want to see two petulant children hiding behind their money chasing each other around on the debate stage.”

No thanks: Asked whom he would support if the primary turned into a head-to-head match-up between Sanders and Bloomberg, Sellers said, “I don’t want to make that choice. I mean, I don’t want a socialist versus a Republican. That’s not why I’m a Democrat.”

Scheduling conflict: Less than two weeks before AIPAC’s annual conference in Washington, no 2020 presidential candidate has confirmed whether they will be addressing the gathering. Sellers, who frequently speaks at AIPAC events, tells JI that since this year’s conference overlaps with Super Tuesday, skipping the gathering shouldn’t be seen as a story at all. “If I was advising a candidate, there’s no way I would tell them to be in Washington D.C.,” he said. “You don’t need to be in Washington D.C. on Super Tuesday. You need to be in Colorado, you need to be in North Carolina, you need to be Texas and California. You need a campaign so that you can actually be somebody who creates the policies to help strengthen the U.S.-Israel relationship. Being at AIPAC doesn’t bode well for your presidential prospects.”

Next stop, Washington? Sellers tells JI he is considering a congressional run if House Majority Whip James Clyburn (D-SC) steps down after another term, but will not make a decision until after the election in November.