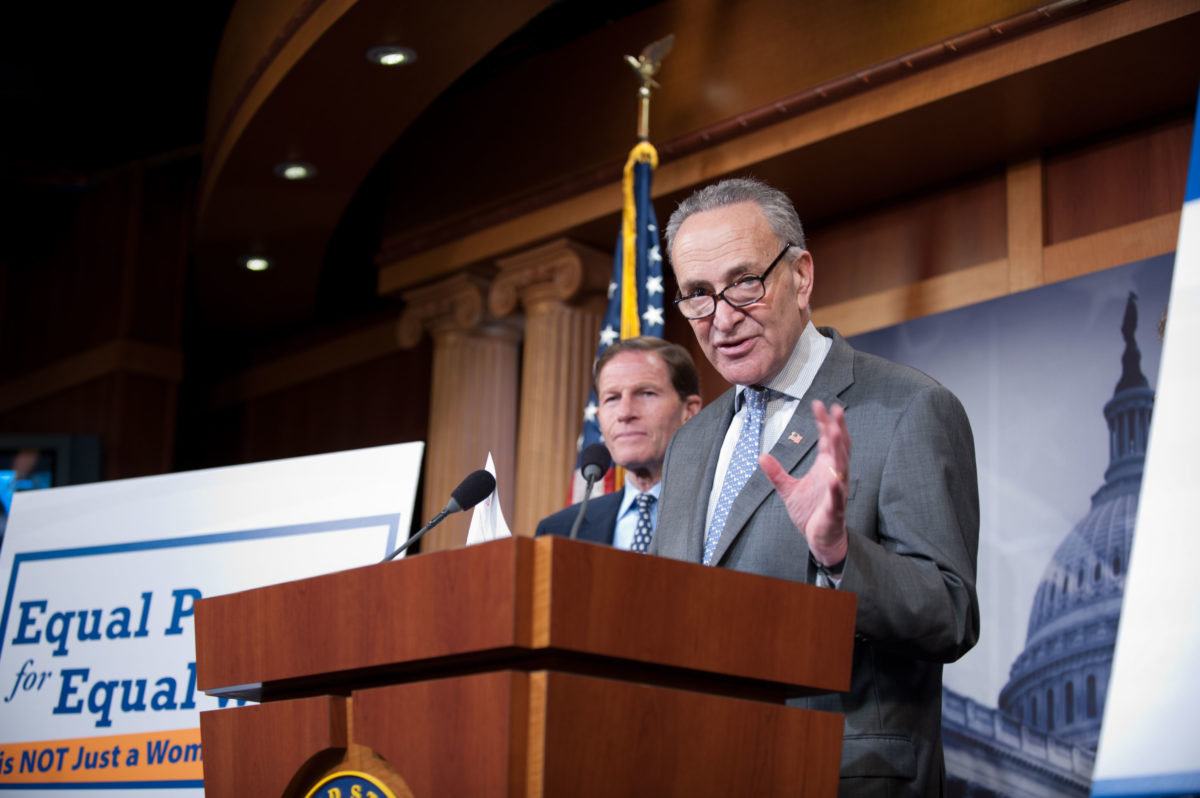 “The rash of antisemitic attacks, which are cowardly and callous, is striking fear into the heart of the Jewish community in New York, [and] also from one end of America to the other,” Schumer said. “We cannot tolerate this.”

Close to home: The New York senator and lifelong Brooklyn resident said the dramatic rise in violent antisemitic incidents makes him “very worried. I’ve never seen anything like this.”

In ancient days and in our times: “What we have learned in our history, all the way from the days of Haman all the way through Hitler and everyone else, is when antisemitism begins to rear its ugly head, there are two choices – one is to be strong and snuff it out, and the other is to shrug your shoulders and say, ‘I don’t have to worry about it.’ And whenever the second has happened, it has led to very bad consequences. Thank God, America is a free, strong country. We’re not like Germany in the ’30s. Well not like Persia back in the days of Ahasuerus. But that doesn’t mean that we can just sit back and relax. We have to do everything we can to snuff out antisemitism and to make sure that those who act, who commit hate crimes, are severely punished and dealt with.”

Federal funding: On Monday, Schumer pledged to fight for an additional surge in federal funding for nonprofit security grants and, under the Hate Crimes Prevention Act, increase support for federal programs, under the Hate Crimes Prevention Act, to prosecute hate crimes. In the recently passed federal spending bill, Senate Democratic leaders managed to secure a 50% increase to last year’s $60 million for grants to protect places of worship, bringing the total to $90 million for the next fiscal year. In the wake of the Monsey attack, Schumer is looking to increase the funding to $360 million. Schumer tells JI that the increased funds could be passed “on the next budget vehicle that comes along, and hopefully it’ll come along in the next few months. There are always emergency budget bills that come through, and I’m hopeful we can get this done quickly in a bipartisan way. This is not a Democratic or Republican issue. Everyone should want to protect our houses of worship and our religious institutions.”

Serving justice: Schumer said that while it’s up to local law enforcement and government to provide protection to its residents, efforts to harden federal hate crime legislation could help prevent future attacks. “If these people are prosecuted severely and quickly, it should serve as a warning to others that you’re not going to get away with this,” he explained. About $10 million in federal funding is currently dedicated for the hate crime prosecution program. “I’d like that to go up to a $100 million,” said Schumer. “I am pushing very hard for this and hopefully we can get it done.”