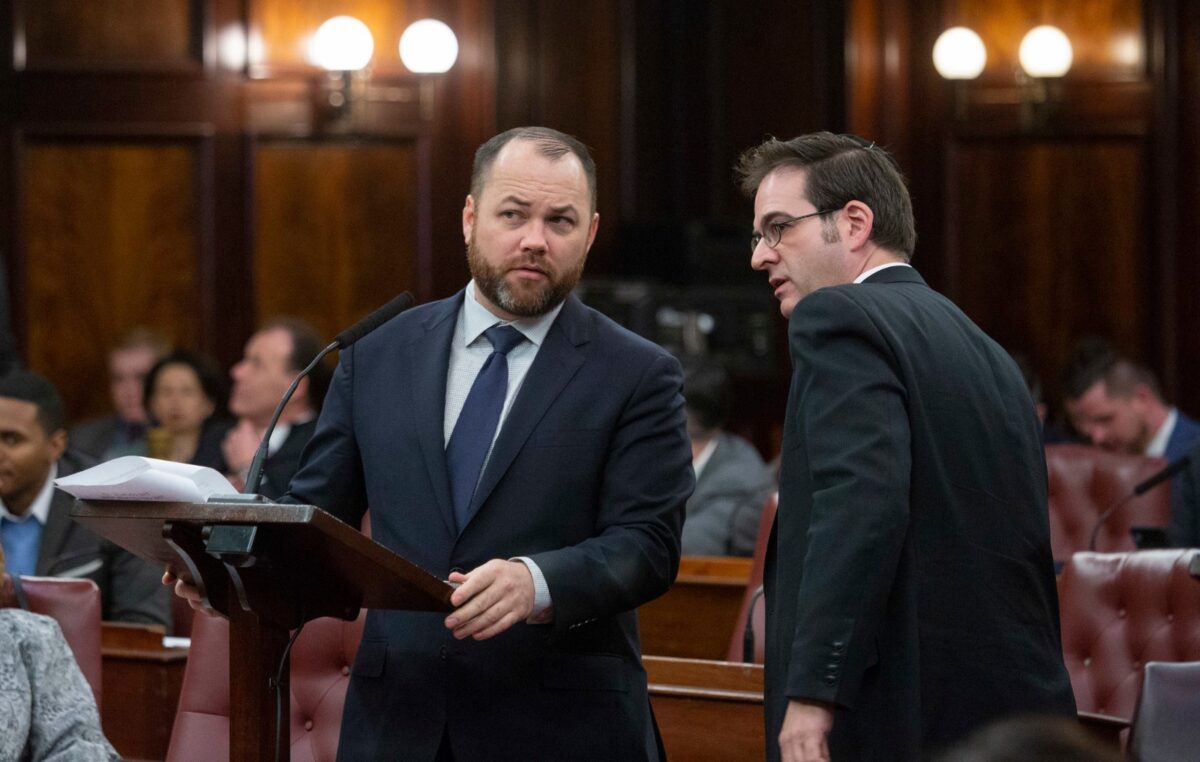 New York City Councilman Kalman Yeger, a Democrat who represents the neighborhoods of Borough Park and Midwood in Brooklyn, pointed fingers at some of his colleagues for engaging in antisemitic rhetoric and spouting hatred against the Hasidic community during a speech in the Council’s chambers on Wednesday:

“For far too long, too many who hold public office, and those who portend themselves to be members of the media, have tinkered at the fringes of antisemitism. You market an ‘us vs. them’ message against Orthodox Jews. You did this. When you deliberately paint a portrait of Orthodox Jews as backwards members of society, who don’t vote how you like, don’t do what you want, don’t educate our children how you wish, you did this.”

“Those who spent Sunday posing for pictures with Jews, but spend the other 364 days of the year festering hate against my community, you did this. When you hold signs that claim you stand with Hasidic Jews, but then you go stand with antisemites, you did this.”

Human shield: Yeger told Jewish Insider that he felt the need to stand up and speak out because some politicians have been given a pass for their “verbal violence against our community.” They feel “they can say and do whatever they want, and as long as they show up at the right parties and take the right pictures, all is forgiven,” Yeger said. “They feel their titles give them a free pass to step on our necks and foster hatred of our community.”

Not now, not ever: Yeger told JI he hopes his speech sent the right message. “For too long, too many have taken us for granted. And some of that is our fault too, because we allow them to do it,” he explained. “I hope that ended today.”

Weeks of hate: The Anti-Defamation League released a list on Wednesday of the recent antisemitic incidents across the state of New York. In just a five-week period — from Dec. 1, 2019 through Jan. 6, 2020 — the ADL confirmed 43 antisemitic incidents, including 11 assaults on Jews.

Taking action: New York Governor Andrew Cuomo announced during his state of the state address on Wednesday that his administration will push the state legislatures to pass a bill that would classify mass violence motivated by hate as domestic terrorism. Cuomo plans to establish a task force to examine the issue. The governor also announced a plan to expand the Museum of Jewish Heritage so it can host tours about the Holocaust for school children across the state.

Notifications: Councilman Mark Treyger (D-Brooklyn) introduced legislation that would require a community to be notified within 24 hours that a violent hate crime took place.