Former NSC official: Soros conspiracy theories are “the new Protocols of The Elders of Zion” 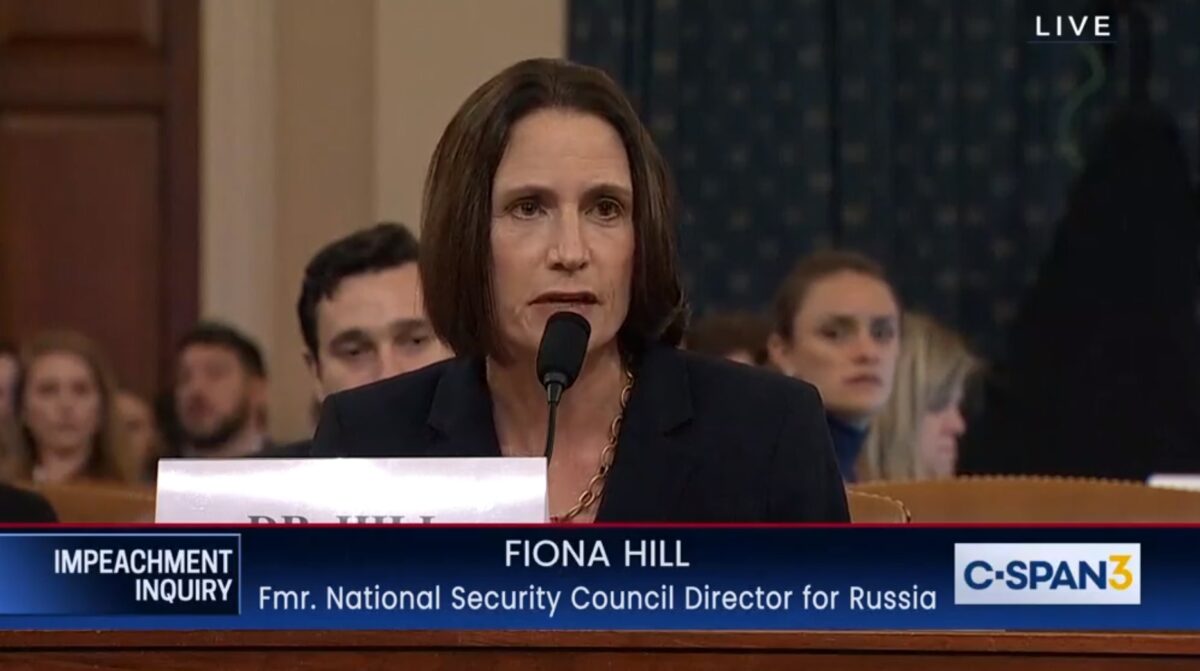 Former National Security Council official Fiona Hill on Thursday confirmed that she had been the subject of far-right conspiracy theories during her time on the council. During an impeachment inquiry hearing in front of the House Intelligence Committee, Rep. Raja Krishnamoorthi (D-IL) asked Hill, who was until August the NSC’s senior director for Europe and Russia, to confirm that she said in an October deposition that she had been accused of “being a mole for George Soros” while working in the White House.

“I presume you are not a globalist, leftist, Soros insider, correct?” Krishnamoorthi asked, quoting terms that Roger Stone used to describe Hill on a May 2017 episode of the far-right Alex Jones Show.

“I think my coal-mining family would be very surprised to hear all of these things about me,” Hill responded. “Actually, ‘leftist’ perhaps not so much, but anyway, the left in Europe is a bit different than the left here, let’s put it that way.”

Hill decried the attacks referencing Soros as antisemitic, likening them to the new Protocols of the Elders of Zion. “This is the longest-running antisemitic trope that we have in history, and the trope against George Soros was also created for political purposes,” she said. “It is an absolute outrage.”