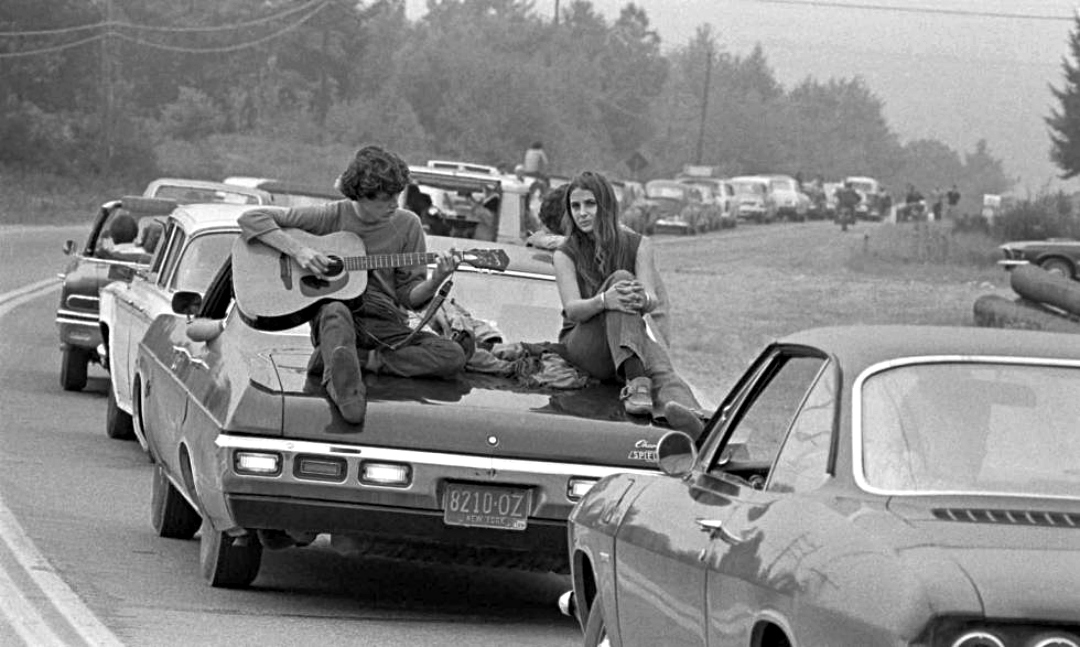 On a hot summer weekend in upstate New York in 1969, hundreds of thousands of music lovers swarmed the Borscht Belt towns of Sullivan County, bound for a festival on the property of a Jewish dairy farmer named Max Yasgur. The festival’s promoters and financers — Michael Lang, John Roberts, Joel Rosenman and Artie Kornfeld — billed the event as “an Aquarian Exposition: 3 Days of Peace & Music.”

An array of Jewish performers were counted among the dozens of acts, including Jefferson Airplane’s Jorma Kaukonen, Barry Melton, Arlo Guthrie, Robbie Robertson and many of the founding members of doo-wop group Sha Na Na.

The Woodstock festival defined a generation and spawned multiple incarnations. The most recent attempt to hold a similar festival on the 50th anniversary of the original fell through after a series of production, artist, and venue issues. Lang, one of the co-founders of the original Woodstock, spoke to Jewish Insider on the eve of the festival’s anniversary about the legacy of the historic weekend that defined a generation.

On whether a festival like Woodstock could happen again and what it might look today: Well, you know, nothing is reproducible in the sense of recreating what happened, but you can certainly create an event which has the same values and has the same goals. Ours was to engage the public on what we see as kind of the critical issues of today, which is climate change and global warming and sustainability and activism and gun control. These are things that are really affecting all of our lives, some of which really I think endanger the survival of the human race.

On the parallels in national climate between the 60s and the present: We’ve definitely taken a huge giant step backwards and I credit the present administration with that. And there are amazing similarities. We were dealing with the civil rights movement and women’s rights and the beginning of the concern for the planet and trying to end what we thought was an unjust war. And today we have Black Lives Matter and we have the #metoo movement and we have climate deniers in the White House and that’s really what… motivated us to have another festival, to sort of reengage the public in those issues because everybody’s got to take responsibility. And you can no longer be complacent. Lives are at stake… And the most powerful weapon we have is obviously our voices and our votes.

Lang on the impact his upbringing had on his professional endeavors and the outsized Jewish representation throughout the festival: I don’t know if it has to do with being Jewish or just being brought up in a Jewish household, but the things that we learn from our Jewish mothers and fathers stay with us. And in my household it was about diversity and compassion and doing the right thing, and I assume that’s something that takes place in a lot of Jewish homes around the world.

On the dynamic between festival-goers and locals who lived in the communities around the original festival: Once the kids started to arrive and they started to interact and they realized they weren’t monsters and they weren’t going to steal their cattle and they were polite, there was a love affair that went on with everybody who was local and all these kids coming in. So everybody was helping with sandwiches and water and pulling cars out of ditches. It completely broke down that generation gap that we had been experiencing all those years.

How do you want Woodstock to be remembered 50 years from today — 100 years after the festival? Pretty much the way it is remembered now. It stands for hope and compassion and a better way to work and live together on this planet. I think that it’s a moment of inspiration and that’s a feasible outcome for the human race.