Director of Washington Men's Camerata set out to highlight Jewish tunesmiths like Irving Berlin, Sammy Cahn and others who have created much of the musical soundtrack for the secular Christmas season. 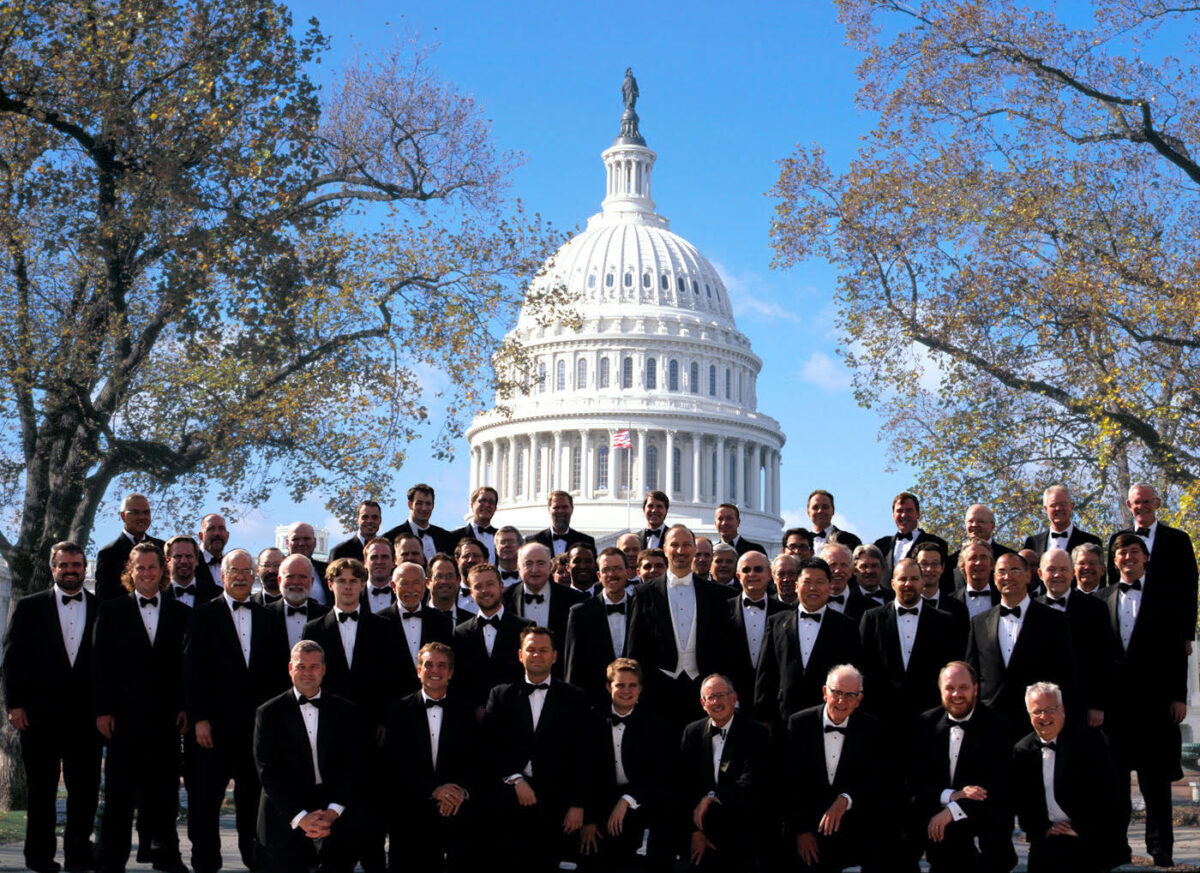 Jewish tunesmiths like Irving Berlin, Sammy Cahn and others created much of the musical soundtrack for the secular Christmas season, but that fact has been largely overlooked. In its recent series of Christmas shows, the Washington Men’s Camerata, a choral group based in Washington, D.C., set out to correct the musical record by paying homage to the Jewish songwriters behind many of the jingly holiday favorites.

The group’s music director, Frank Albinder, who has led it since 1999, came up with the idea for the theme, titled “I’m Dreaming of a Jewish Christmas,” after watching a 2017 documentary about the origins of many popular Christmas songs, including “Winter Wonderland,” “White Christmas,” “Rudolph, the Red-Nosed Reindeer,” “The Christmas Song,” “Silver Bells” and “Do You Hear What I Hear?” The documentary, “Dreaming of a Jewish Christmas,” noted that songwriting was one of the few industries open to American Jews during a time of rampant job discrimination, and Christmas was seen as a collective holiday that brought people together, rather than one owned by the church.

Nevertheless, Jewish songwriters still managed to incorporate their identities into the music. The story “Rudolph, the Red-Nosed Reindeer” is commonly thought to have originated from creator Robert May’s experiences with antisemitism as a child due to his similarly prominent nose. His brother, Johnny Marks, who was also Jewish, would later write the popular song.

Though the Camerata often sings Christmas music, the choral group has never done so by specifically acknowledging the Jewish origins of the songs. It’s something that Albinder, who is Jewish, was excited to see come to fruition.

The California native said that the stereotype of Jews eating Chinese food on Christmas never resonated with him — rather, he was always “desperate to celebrate Christmas.” When he saw that some Jewish peers at school had a “Hanukkah bush,” he tried in vain to get his family to do the same. He made Christmas ornaments out of cardboard with his friends, sang in the Christmas choir and even, after his mother died, began buying a Christmas tree and decorating his house for the holiday.

“Hanukkah is a minor holiday, and the songs aren’t great,” he said.” Christmas, on the other hand, was a commercial phenomenon. “I was seriously obsessed,” he added.

The Camerata Board, he said, was supportive of the idea of a Jewishly themed Christmas series (though one board member was concerned that Jewish people might find the theme offensive). Ultimately, the decision required little modification from the group’s repertoire, which already included most of the two dozen songs that they planned to sing, including three by Johnny Marks. They also sang songs by Gloria Shayne Baker, Mel Tormé, Jule Styne, Irving Berlin, Felix Mendelssohn and others. In concert, Albinder introduced each song, explaining each composer’s Jewish background and whether or not their heritage figured into the tunes. For instance, he noted the origin of Rudolph’s red nose, as well as the anti-war sentiment behind “Do You Hear What I Hear?”

Albinder noted that the choir, though not entirely Jewish, has been very receptive to the theme. In fact, he added, the most enthusiastic supporter was a devout Methodist.

Albinder also said that it was important to market the concerts — which took place on Dec. 3, 4, and 11 —  as having a specifically Jewish theme, rather than just their normal Christmas series.

“It would have been a little bait and switch if I said, ‘Surprise! Every single piece in this concert is written by a Jewish composer,’” he said, noting that he did not expect there to be a large Jewish turnout, as the event was not marketed specifically to Jewish communities. “I also thought it was something interesting and might draw people to the concert who haven’t heard us before.”

But he also acknowledged that the messaging, in a time of rising hatred both against Jews and marginalized groups more broadly, is timely.

“The more you know, the less you hate,” he said. “There was no intention to actually send a message, but if it does that’s the cherry on top.”