‘I will continue to push back against those like Sen. Sanders and Sen. Warren… who have proposed conditioning that essential aid,’ Collins said after a recent trip to Israel 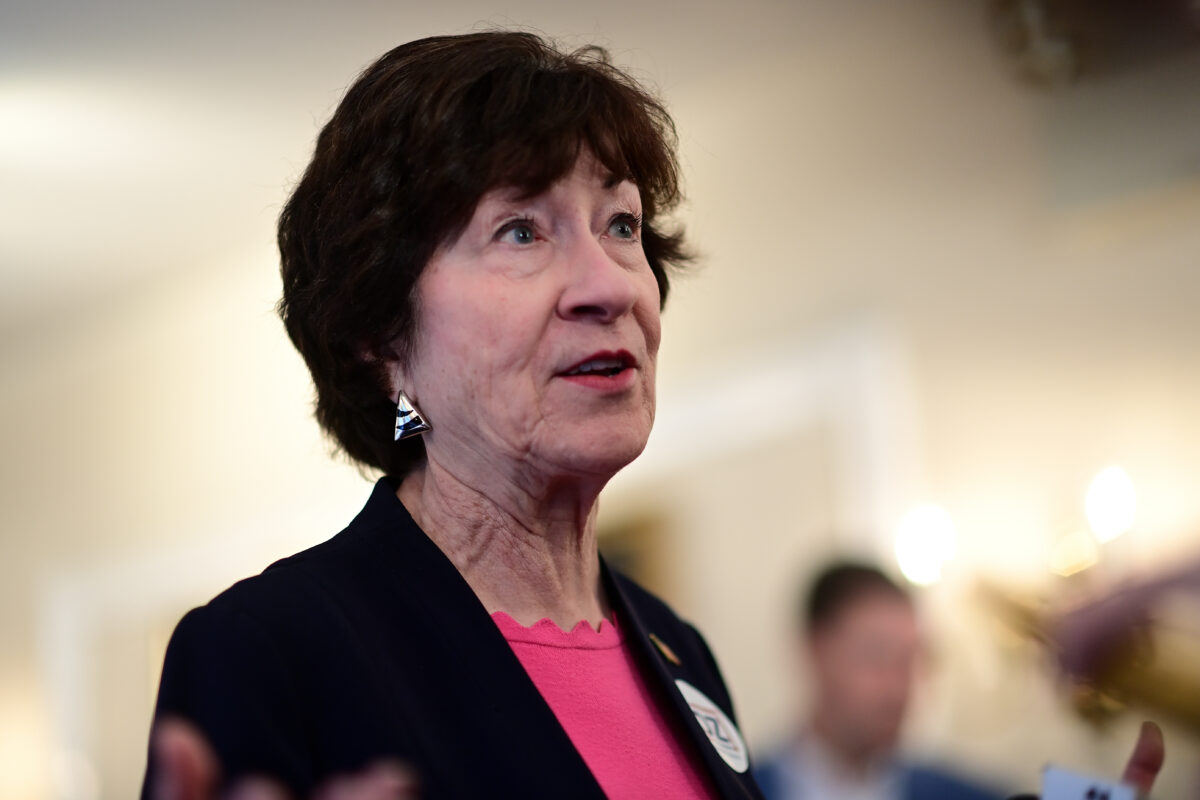 As she prepares to become the top Republican on the powerful Senate Appropriations Committee — which helps control the government’s purse strings — Sen. Susan Collins (R-ME) pledged to fight efforts from some colleagues to condition aid to Israel.

With the retirement of Sen. Richard Shelby (R-AR), the Maine legislator is in line to become the top Republican on the Senate Appropriations Committee in the new year, giving her significant power over where and how funding is allocated across the federal government. Whether she becomes the chair of the committee or its ranking member is dependent on the outcome of outstanding Senate races in key battleground states. In her new role, Collins pledged to push back against efforts to condition aid to Israel.

“I strongly support [U.S. aid] funding, and in my new role as the top Republican on the Appropriations Committee, and I hope, as chairman of that powerful committee, I will continue to push back against those like Sen. [Bernie] Sanders [I-VT] and Sen. [Elizabeth] Warren [D-MA], and members of the Progressive Caucus in the House, who have proposed conditioning that essential aid,” Collins told JI last week.

Just ahead of the U.S. and Israeli elections, Collins took a weeklong trip to Israel at the end of October for meetings with officials including Israeli Defense Minister Benny Gantz, National Security Advisor Eyal Hulata, Mossad Director David Barnea and Shin Bet Director Ronen Bar. She also spoke on the phone with Prime Minister Yair Lapid. The Opposition Leader Benjamin Netanyahu — who now looks likely to be tapped as prime minister again — canceled a scheduled meeting “at the last moment,” according to Collins.

“As long as the Palestinian Authority is paying the families of terrorists, it’s very difficult to justify the resumption of any aid,” she said.

The Maine senator also visited an Iron Dome missile-defense battery and spoke with its developers, which she said will make her “a more effective advocate than ever” for that program.

Collins also told JI — unprompted — that she had urged Israeli officials to ramp up defensive military aid to Ukraine, noting the Jewish state’s specialization in air-defense weaponry and the use of Iranian drones by Russian forces.

“I understand that Israel’s first priority has to be to ensure its own defense,” Collins told JI. “I did encourage Israeli officials — while understanding the need for that priority — to be more helpful to the Ukrainians. I just wanted to mention that because that is an issue that I brought up several times.”

Collins has been one of the most prominent voices for moderation and bipartisanship among Senate Republicans. Speaking to JI on Israel’s Election Day earlier this month, she downplayed the impact that a now-likely right-wing Israeli government would have on the bilateral relationship. Sen. Bob Menendez (D-NJ) reportedly warned Netanyahu that bringing far-right extremists into his government would damage the U.S.-Israel relationship.

“My view is that it’s up to the Israelis to pick their leaders, that is not up to us,” Collins said. “To me, the strong bond that we have with Israel transcends whom the Israelis may choose for their leaders… I would never presume to tell the Israelis whom they should vote for.”

Collins said Iran’s nuclear program was also a frequent topic of discussion during her visit. She is a proponent of a permanent diplomatic solution that would foreclose Iran’s pathway to a nuclear weapon in perpetuity.

“It is very telling to me that the Iranians have been able to enrich uranium to a point where they’re very close to producing uranium that would be enriched sufficiently for nuclear weapons. The speed with which the Iranians were able to do that [is] a clear warning to us,” she said.