A Twitter account connected to former Laxalt staffer Michael Pecjak has compared abortion to the Holocaust and claimed that “Jews are not a religious sect and are a cult,” among other comments 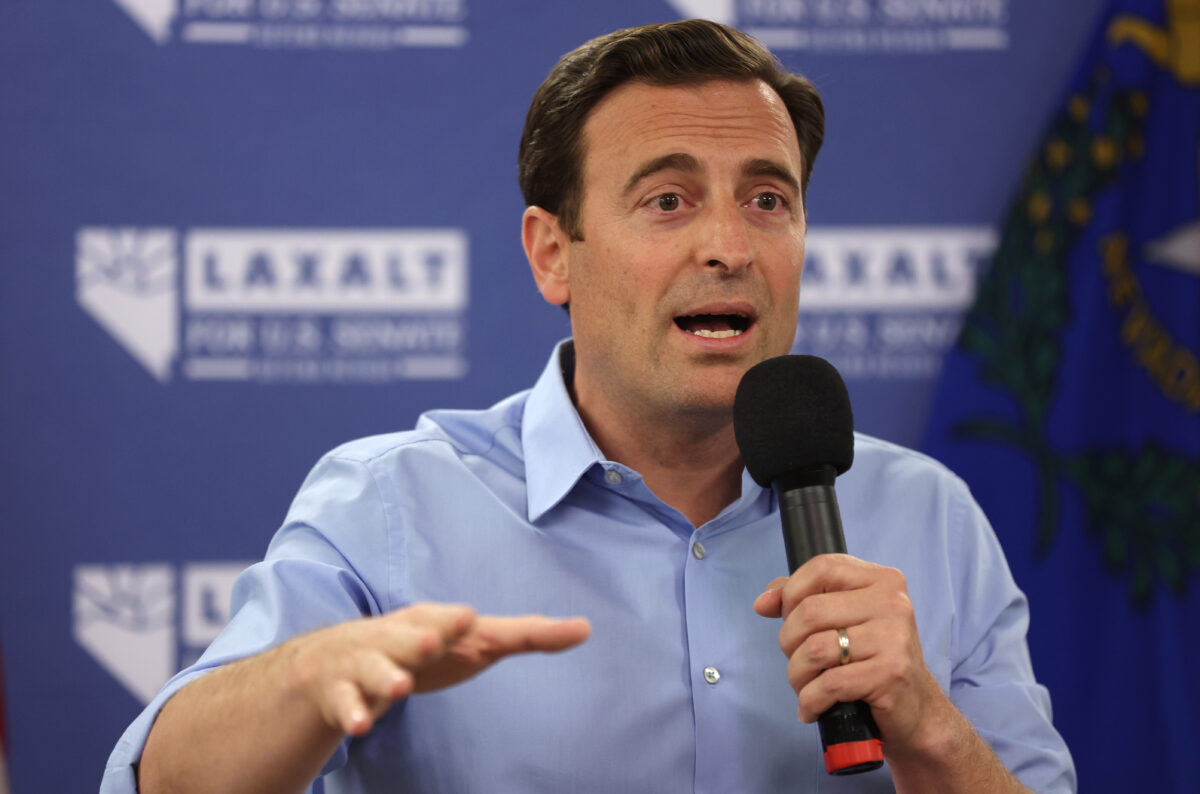 Until it was suddenly removed from Twitter on Thursday, an anonymous account called “LaxaltStan” — which spent much of its time posting bigoted comments denigrating Jews, women and gay and transgender people, among other groups — had made sure to emphasize in an all-caps disclaimer that it was “NOT AFFILIATED” with Adam Laxalt, the Republican nominee for U.S. Senate in Nevada.

But a review of past social media activity contradicts that assertion, linking the account to a right-wing political operative who has received payments from the Laxalt campaign as recently as late August, according to filings from the Federal Election Commission.

In a now-deleted tweet uncovered on the Internet Archive’s WayBack Machine, the anonymous user behind the account directly identified himself as Michael Pecjak, a conservative activist from Nevada who has previously served as a campaign staffer for a former Republican House candidate in the Las Vegas area, among other roles.

“Go follow my main @MichaelPecjak,” the “LaxaltStan” account declared last March, directing users to Pecjak’s personal profile. It is no longer available on Twitter but remains viewable in an archived screenshot captured just a month before by the WayBack Machine.

In the profile’s biographical section, Pecjak — who has also publicly used “Pecjak-Sanchez” as his surname — described himself as a political director for Carolina Serrano, a former Trump campaign staffer who has promoted election-related conspiracy theories while calling to dissolve the FBI and Justice Department. In January, she was endorsed by Laxalt — a former attorney general of Nevada who has also trafficked in far-right conspiracy theories — but failed to advance past the June Republican primary in the state’s redrawn 1st Congressional District.

The “LaxaltStan” account, which had previously been active during the primary election, reemerged on Twitter in mid-August, with the ostensible purpose of promoting Laxalt, who had clinched the Republican nomination to challenge Sen. Catherine Cortez Masto (D-NV), a vulnerable Democratic incumbent. But the account also posted a number of blatantly antisemitic tweets, among other offensive remarks that have since been deleted.

Throughout the entire month of August, Pecjak received more than $6,500 from the Laxalt campaign, filings show. With the exception of one “mileage reimbursement,” for $265, the payments were listed only as “salary” in recent campaign finance disclosures. The most recent disbursement of just over $500 was paid on Aug. 31, according to the FEC.

In a statement to Jewish Insider on Thursday, Brian Freimuth, a press secretary for Laxalt, said Pecjak is no longer on the campaign’s payroll. “This individual was terminated in August and is not affiliated with the campaign in any way,” he claimed in an email.

Despite requests for clarification from JI, Freimuth did not provide a reason for the termination. He also did not confirm whether the campaign was aware of Pecjak’s connection to the anonymous Twitter account or its offensive statements.

It is not the only time the account has been deleted, archived screenshots suggest. The account — whose handle refers to a popular internet slang term denoting a hardcore supporter — was originally created in October 2021, not long after Laxalt had launched his Senate bid, according to the WayBack Machine. It seems to have first been removed from the web earlier this year, during a period overlapping with Serrano’s congressional campaign.

The account had been active again for a couple of months before disappearing late last week.

In recent weeks, the “LaxaltStan” account compared abortion to the Holocaust, claimed that “Jews are not a religious sect and are a cult,” and expressed disapproval of a right-wing news publication, Breitbart, because its top editor had once described the outlet as a “pro-Jewish website with a reputation for treating women and minorities well.”

JI preserved several tweets with screenshots before the account was deleted.

The account also declared that “guns should have more rights than women,” asserted that gay rights advocates are “going to hell,” suggested that nearly half of “LGBT+ individuals have a mental illness” and said “transphobia is based.”

Such derision was not reserved exclusively for Jews, women and LGBT people. Last month, the account implicitly taunted the Republican governor of Texas, Greg Abbott, for using a wheelchair. It also criticized supporters of John Fetterman, the Democratic Senate nominee in Pennsylvania — who suffered a stroke during his primary — as “retarded.”

Elsewhere, “LaxaltStan” enthusiastically commended Pennsylvania’s Republican gubernatorial nominee, Doug Mastriano, after it was revealed that he had once posed for a photograph while wearing a Confederate uniform. “I support Doug even more!” the account exclaimed in late August.

Among other remarks, the account defended a prominent Holocaust denier, Nick Fuentes, and endorsed an antisemitic conspiracy promoted by Rep. Marjorie Taylor Greene (R-GA), who once suggested that California wildfires were caused by a space laser controlled by a Jewish banking family. “LaxaltStan” also described the QAnon conspiracy theory as a “moderate position.”

While the user behind the account had identified himself as Pecjak earlier this year, there is other evidence to support the connection. For example, Pecjak has posted photos of himself to Instagram that appear to have been circulated by “LaxaltStan,” with the subject’s face obscured. The anonymous account also shared screenshots of multiple campaign emails addressed to a person named “Michael.”

In addition, both Pecjak’s personal Twitter account as well as “LaxaltStan” featured the American and Venezuelan flags at the top of their profiles. Pecjak also appears to have served as a Mormon missionary in Idaho, according to information available online, while the user connected to “LaxaltStan” identified as Mormon, among other shared biographical details.

Pecjak, who appears to be in his mid-20s, has been involved in Republican political activism since at least 2018, including as a field organizer for the National Republican Senatorial Committee as well as the Georgia Republican Party, according to his social media pages. (A spokesperson for the NRSC could not immediately confirm whether Pecjak had previously worked for the group on Sunday evening, and the Georgia GOP did not immediately respond to a request for confirmation.)

Though somewhat obscure, Pecjak’s connection to the Laxalt campaign is one of the most recent instances in which the Republican Senate candidate, who helped lead the effort to overturn the presidential election results in Nevada, has been tied to far-right extremism.

The Anti-Defamation League has warned that Laxalt has “pushed 2020 election conspiracies” and “is associated with the anti-government Constitutional Sheriffs and Peace Officers Association,” a far-right group whose members have backed his campaign.

Laxalt’s communications director, Courtney Holland, was also among the protesters who marched to the Capitol on Jan. 6, 2021, alongside members of the Oath Keepers, a radical right-wing militia. Holland has said she did not enter the building.

Earlier this month, the Jewish Democratic Council of America, whose political arm has endorsed Cortez Masto, released a digital ad claiming that Laxalt “and other MAGA Republicans will take us in a dangerous direction.”

“A nationwide abortion ban, communities plagued by gun violence, extremists attempting to overturn elections, white supremacists and antisemites,” the ad’s narrator intones in the 30-second spot. “This is where Adam Laxalt will take America.”

Laxalt is endorsed by the Republican Jewish Coalition’s political arm, which has invested heavily in the race.

The closely watched November matchup is widely viewed as Republicans’ best shot to flip a blue seat and regain control of the Senate next year. Polling suggests the race will be close.