The field has narrowed to three top candidates — a former Trump campaigner, a military veteran and the former leader of Christians United for Israel 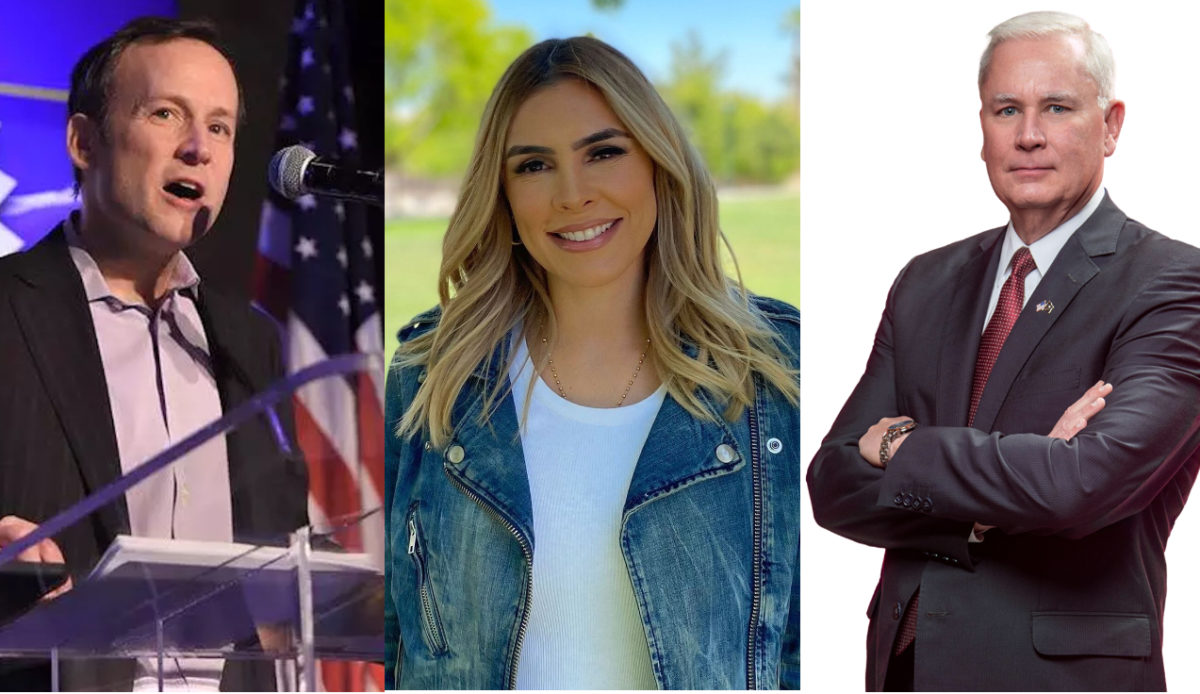 Las Vegas Republicans will decide on Tuesday which of three candidates — with three distinct profiles — will go on to the general election in Nevada’s newly competitive Las Vegas-area 1st Congressional District.

Leading the Republican field are Carolina Serrano, a former organizer for Latinos for Trump who has promoted conspiracy theories about the 2020 election and the Jan. 6 Capitol riot; Mark Robertson, a 30-year military veteran; and David Brog, the CEO of the Maccabee Task Force and former head of Christians United for Israel, who associates himself with the populist National Conservatism movement.

Serrano told Jewish Insider that she was largely disconnected from politics until former President Donald Trump’s entry into politics, when she found herself attracted to him because “he championed American citizens in a way that politicians really hadn’t before.” She went on to intern for Rep. John Katko (R-NY)  and worked briefly as a field organizer for the Republican National Committee in Nevada.

“It’s important to take the [Republican] message out to more people. Specifically, I’m Hispanic… I really realized we’re kind of all voting against our own interests because my values align more with the Republican Party,” she said. “And that’s the mission that I had.”

Serrano said she now has “no thoughts towards Katko,” who voted to impeach Trump following the events of Jan. 6, describing him and his office as “very nice.”

“I think what [the internship] opened my eyes to is [that] personnel is policy,” she said.

Robertson, who retired as a colonel after three decades in the military, was deployed to 10 countries, including to Afghanistan, Kuwait, Iraq and Syria. He said he joined the race after Democrats gained a trifecta in Washington in 2021 — taking the White House and both chambers of Congress — as well as control in Nevada’s capital. “I don’t like the direction of our country… [this] headlong dive into socialism that the Democrats are taking us,” he explained.

Robertson also called immigration and inflation his top issues, and blamed government spending, which he pledged to reduce, and “paying people not to work” for current inflation rates.

Brog, who currently leads the Maccabee Task Force, a nonprofit funded largely by the late Las Vegas billionaire and GOP megadonor Sheldon Adelson that combats campus antisemitism, called his congressional run a continuation of “the last few decades” of fighting the “woke left,” a distillation of the message he expressed to JI in an interview earlier this year.

Brog said his longtime advocacy work on key policy priorities makes him the best candidate for the district.

“I was there that day that critical race theory sort of had its coming out party when [former President] Barack Obama introduced professor Derrick Bell at a rally and Derrick Bell said he was leaving his tenured position,” Brog told JI last week. “That was an awakening for me. And in various roles and capacities I’ve been fighting wokeism ever since then.” 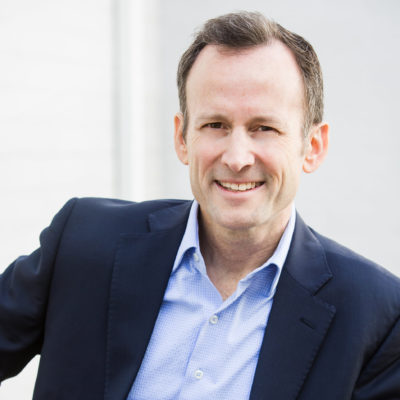 Brog, who once served as a staffer for former Sen. Arlen Specter (R-PA), also frames himself as having been in the vanguard of the Republican Party in seeking to protect American industries and the working class from competition abroad.

“I was ridiculed at the time, I was [an] outcast. At the time, we were RINOs [Republicans in Name Only], squishes because we went against the free-market orthodoxy of the day,” Brog said, which he said was his impetus for shifting his focus to pro-Israel advocacy.

Of the three candidates, Brog is the newest to the district, having moved to Nevada to lead the Maccabee Task Force, which was founded in 2015. He argued that voters care more about “the depth of dedication to their conservative values” — where he said he has “the tenure that matters most.”

Robertson touted his “deep ties” to the community, having raised his family in the community for 30 years. He also argued that his decades of military service at home and abroad — including a stint at the Pentagon in the Office of the Secretary of Defense for Policy — and time spent teaching finance at the University of Nevada, Las Vegas, make him a strong candidate for the seat.

Serrano sought to claim the mantle of being the most pro-Trump candidate in the field, pointing to her work to support his 2020 reelection campaign. She touted her experience with Latino outreach, which she said contributed to the record-high Latino voter turnout for the GOP in the state. Trump has not endorsed anyone in the race.

“I was the first one to see the weakness in Dina Titus and the disconnect between her and that district,” Serrano said, referencing her field work for Trump in 2020. Rep. Dina Titus (D-NV) has represented the district since 2013, and served one term in another district from 2009 to 2011.

And Serrano said she’s the only candidate who has visited the southern border and is “taking [border security] seriously,” as well as “the only one talking about election integrity,” who worked on efforts to re-litigate the 2020 presidential election results.

Serrano claims to have discovered a fraudulent mail-in ballot submitted in a family member’s name during her post-election work, and said that state officials ignored concerns raised about tens of thousands of ballots. She further claimed she saw and heard from other observers about ballot counting irregularities at polling places — which state officials attributed to technical issues — across the state.

She has also referred to the Jan. 6 Capitol riot as a “fedsurrection,” promoting discredited conspiracy theories claiming the riot was instigated by federal agents, and called to “dissolve” the FBI and Justice Department. Asked about these claims, Serrano urged JI to read Revolver News, a far-right website that has helped spread Jan. 6 conspiracy theories and is run by former White House staffer Darren Beattie, who was fired by the Trump administration after appearing on a panel at a conference attended by white nationalists.

Robertson said unequivocally that he believes that President Joe Biden “is the rightfully elected president.” He said he could not answer whether he would have voted in favor of certifying contested election results in 2020 because he had not seen the evidence presented on the issue.

“I think that anything happening now, between now and Tuesday, could move it in any of those three directions,” Sanchez said late last week. “I really think it’s a three-way race at the top right now.”

Brog noted to JI that he is the only candidate currently running a television advertisement. He has also been endorsed by former Secretary of State Mike Pompeo.

Although the bulk of the funding for the Maccabee Task Force has come from the Adelson family, GOP megadonor Miriam Adelson has not donated to Brog’s campaign, according to FEC filings. A super PAC called the Nevada 1st PAC has spent $23,500 supporting Brog’s campaign, but it is unclear who is funding that effort.

Nevada 1st PAC’s listed treasurer is affiliated with several other PACs in other states with which it shares the same address — that of a shipping store in Alexandria, Va. The PAC appears to be linked to the campaign of fringe gubernatorial candidate Fred Simon, according to The Nevada Independent, and also hosted a conference featuring Simon and COVID-19 conspiracy theorists.

The district is a prime target for Republicans this year, having been redistricted from a reliably Democratic seat to one The Cook Political Report rates as a “Toss Up,” in an effort to shore up more vulnerable Democratic districts. The district, previously concentrated in the heart of Las Vegas, now includes more suburban and rural outlying areas that trend more conservative.

“In a normal year you would expect a Democrat to win, particularly an incumbent,” Dan Lee, a political science professor at UNLV, told JI. But, Lee noted, this is a highly favorable environment for Republicans and “a lot of these voters don’t know [Titus]… she won’t have as much of that incumbency advantage as she would normally have.”

Titus will also have to survive a primary challenge on Tuesday from progressive organizer and Democratic Socialists of America member Amy Vilela. In an endorsement questionnaire for the local DSA, Vilela expressed support for the Boycott, Divestment and Sanctions movement. She was endorsed on Thursday by Sen. Bernie Sanders (I-VT) — on whose 2020 presidential campaign she worked.

Sanchez described Titus as the “odds-on favorite” to win the primary and said Vilela has “not really” seen much momentum.

Sanchez noted that — with his long career in pro-Israel activism — Brog has also been playing up his pro-Israel bonafides in the race.

Robertson, who is a graduate of Brigham Young University, a Mormon institution, and described himself as a devout Christian, also characterized himself as a “very supportive” of Israel, noting that he’s also a member of the Republican Jewish Coalition’s leadership council.

“Judeo-Christian values are an important part of what makes the United States the great country that it is,” Robertson said. “And I think Israel being the lone democracy in the Middle East, that we have much in common with Israel” and it is in America’s “national interests to [continue] supporting Israel.”

He traveled to Israel in 2017 and said he was “amazed to see Israelis and Palestinians working side-by-side and living together” in Jerusalem. Robertson added, however, that there cannot be a political settlement as long as the Palestinian leadership denies Israel’s right to exist.

“The United States needs to make it clear to the Palestinian that’s a non-starter, that we support Israel,” he said.

Robertson continued, “I’m supportive of Israel and if Israel determines that a two-state solution is in their interest, I would support that… but it’s got to be one that ends the violence.” He also questioned why neighboring Arab states are not “offering the territory for a Palestinian homeland.”

“I’m more focused on domestic issues. Obviously, Israel’s a great ally of the United States and I respect and support that,” she said. “And I just don’t really have many thoughts beyond that.”

Robertson called the 2015 Iran nuclear deal a “huge mistake” and said Trump was correct to withdraw from it and reimpose sanctions.

“The crippling sanctions we had before Obama removed them are making a huge impact,” Robertson said. He said the sanctions have not seen similar effects since the Trump administration reimposed them because other countries have not followed suit.

He said there “ought to be a strong effort” to work with other countries to reimpose sanctions, but acknowledged that “it’d be impossible to get Russia on board.”

Robertson speculated that, within the United States, overall increases in crime rates — which he blamed on the defund the police movement and “the installation of liberal prosecutors who let violent criminals out” — could be linked to the rise in antisemitic incidents, but said he was not well-versed on the issue.

Serrano said she does not see any way that Congress or the federal government can curb recent increases in antisemitic activity, pinning the blame on the media.

Both Serrano and Robertson said they didn’t see antisemitism as an issue in their party.

Looking toward November, The Nevada Independent’s Sanchez said, “It’s going to be a challenge but [Titus] seems up to it,” adding, however, “it [will] also depend on who the Republican is.” Independents — the fastest-growing group in Nevada — are set to play an important role, he said.