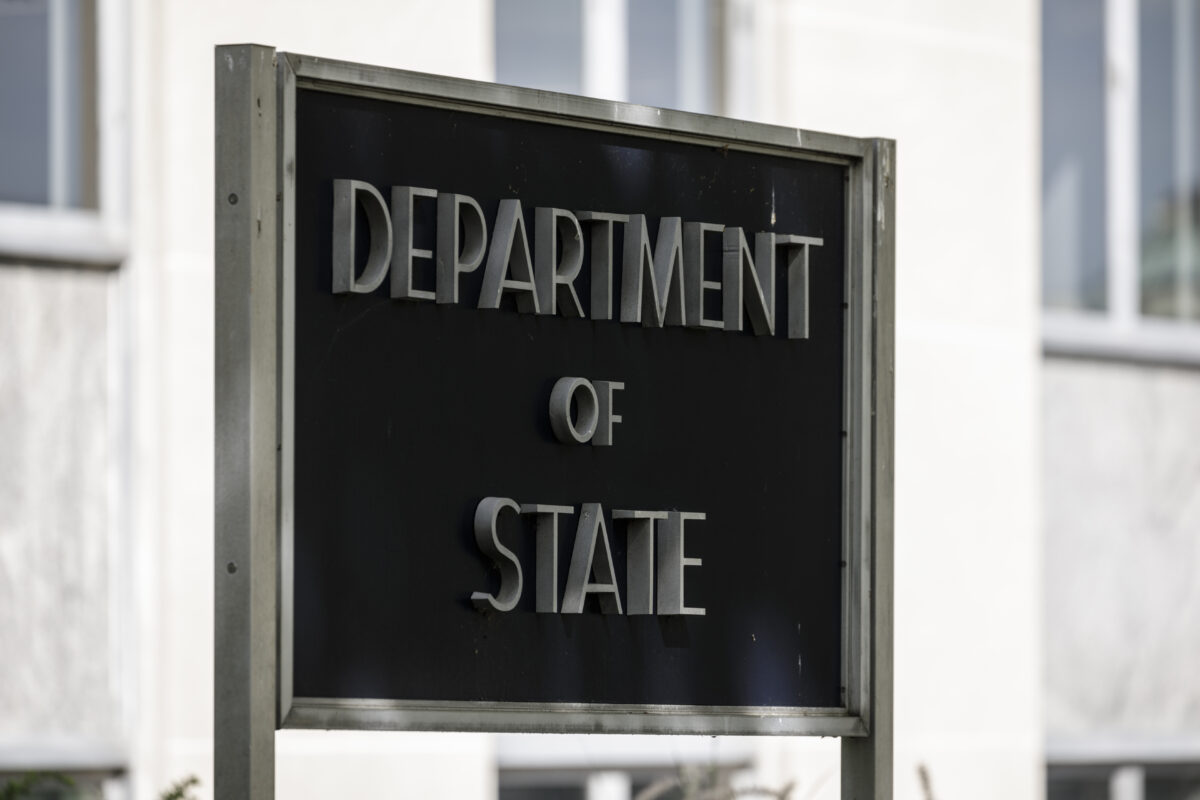 The Department of State in Washington, D.C.

A bipartisan group of 75 House members is urging the State Department to take further action to address a series of antisemitic incidents within its own workforce.

The lawmakers, led by the co-chairs of the House Bipartisan Task Force for Combating Antisemitism, wrote a letter to Secretary of State Tony Blinken late last week highlighting a series of antisemitic incidents with the department, including a foreign service officer who was found to be running an antisemitic blog but is still employed, and two separate incidents of swastikas found drawn inside State Department facilities.

“We appreciate the steps taken immediately by you and President Biden following these incidents to make clear that antisemitism has no place in the State Department, in the Biden Administration, or anywhere in the world,” the signatories write. “However, more can and must be done to protect the Jewish community, and other religious minorities, at the State Department. We understand and are grateful that an internal review of these incidents is underway. We urge you to continue to investigate and address any and all incidents of antisemitism and hate within the Department.”

While draft appropriations legislation for 2023 requires the State Department to report to Congress on the status of these investigations, the lawmakers argue that “this issue is too urgent, and it cannot wait for the appropriations process to finish. Instead, it needs immediate attention.”

The lawmakers urge the department to report to Congress on the status of its investigations and antisemitism within the department more broadly, as well as on how they plan to improve training and prevent discrimination at the department.

The American Federation of Government Employees and the Anti-Defamation League also offered their support to the lawmakers.

“It is not enough merely to condemn antisemitism. Officials must go beyond words and take decisive action to root out this behavior and ensure all federal employees are able to serve their country in a safe, welcoming workplace where they are treated with dignity and respect without regard to individual difference,” American Federation of Government Employees President Everett Kelley said.

ADL CEO Jonathan Greenblatt said the organization “stands ready to assist the State Department and other federal agencies as they work to ensure that Jewish American employees are fully included, supported, and protected in government service.”