Senators weigh in on Saudi-Israel normalization, Iran as Biden lands in Middle East 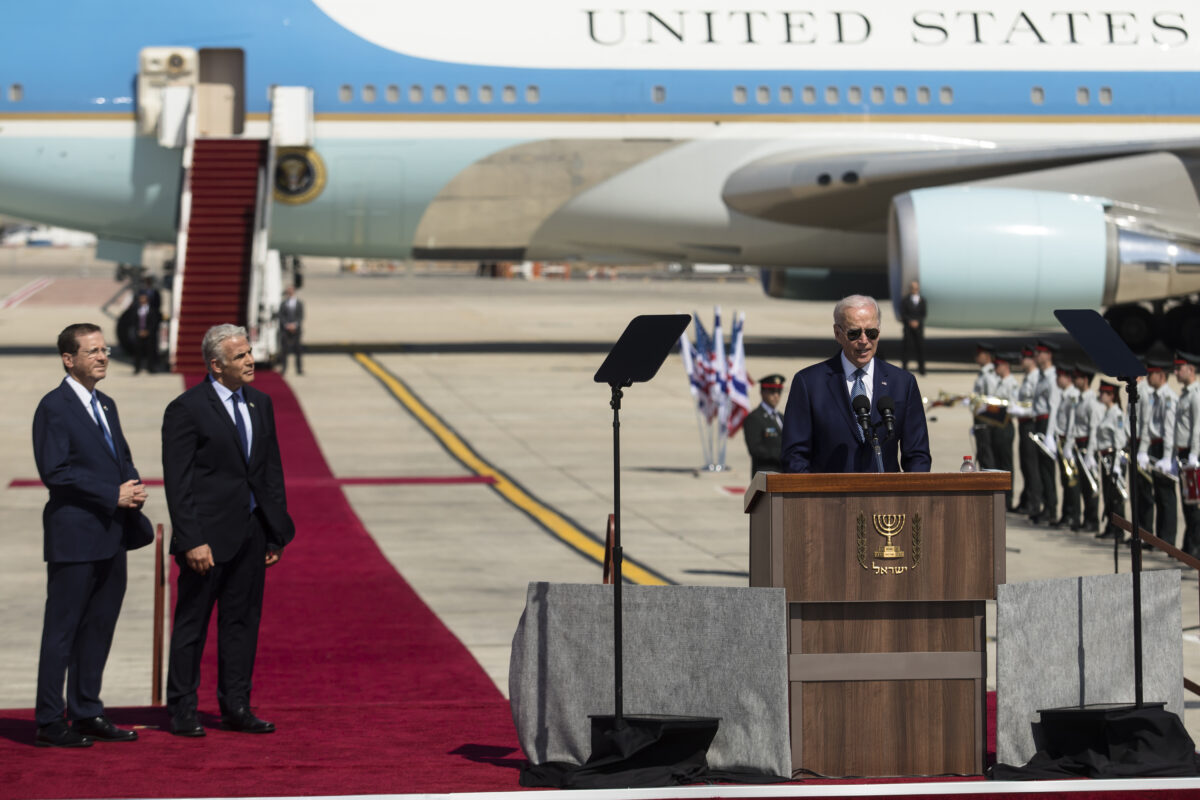 As President Joe Biden began his four-day trip through Israel, the West Bank and Saudi Arabia on Wednesday, senators weighed in from Capitol Hill on what they hope to see from Biden while he’s in the region, with lawmakers across the political spectrum telling Jewish Insider that they would support any effort by the administration to advance relations between Israel and Saudi Arabia.

Sen. Ed Markey (D-MA) urged Biden to take “constructive steps toward normalizing relations with other countries in the Middle East,” but said that any such efforts should have “the proper preconditions… that ensure that American values are being honored.”

“We have a whole history of ensuring that human rights and other interests are also made a part of any formula,” he explained.

Sen. Bill Hagerty (R-TN), who has emerged as a prominent critic of some aspects of the administration’s Israel policy, said he would “applaud it” if the president “sees the value in the Abraham Accords and continues to push forward on that.”

“I’ve heard some encouraging news that that may well be the case,” he said.

Sen. Ben Cardin (D-MD) said he wants to see Biden make progress on normalizing relations between Israel and other Arab nations — “absolutely” including Saudi Arabia — but noted that a full normalization deal is unlikely to come about during this trip.

Israeli officials told Axios on Wednesday that there will likely be an announcement this weekend, following Biden’s stop in Jeddah, on steps to begin normalizing relations between Israel and Saudi Arabia.

Sen. Jeff Merkley (D-OR), who led a recent letter to the administration calling for Biden to “put human rights at the center of your meetings” in Saudi Arabia and labeling “any interaction” with the kingdom’s crown prince “profoundly disturbing,” told JI he feels that there is a way for the U.S. to facilitate normalization “in the interest of security and peace” while remaining “very tough” on Riyadh.

Sen. Rand Paul (R-KY) told JI he hopes Biden doesn’t “bow to the rulers of Saudi Arabia.” On the issue of normalization, however, he said, “Who wouldn’t support normalizing relations? I think anything that would go towards more recognition of Israel’s status as a country would be good.”

“But,” Paul — who holds broadly isolationist and noninterventionist foreign policy views —  continued, “I think his time would be better spent traveling to Texas or North Dakota and looking at ways to enhance oil production in our country rather than begging the Saudis to pump more.”

Some Republicans expressed concerns about Biden’s strategy on Iran, which he expounded upon in an interview with Israeli TV’s Channel 12 that aired on Wednesday. In the interview, Biden reaffirmed his commitment not to remove the Islamic Revolutionary Guard Corps’ terrorism designation, and said military force against Iran is possible as a “last resort” to stop the regime’s nuclear program.

Biden’s comments were met with skepticism by Sen. Marco Rubio (R-FL), who told JI he did not trust the administration to hold to these positions.

“He’s negotiating [with] an Iranian regime that’s trying to kill former American officials, so I don’t know how you can take anything else he says at face value as long as he’s doing that,” Rubio said.

Rubio said the president needs to “reassure [leaders in the region] that he’s not going to cut some crazy deal that empowers Iran” but said that effort would likely fail because “most nations in the Middle East don’t trust him or his administration.”

Paul expressed opposition to military intervention, explaining, “Most of the things that have been done militarily to stop them from getting a weapon have actually accelerated their enrichment of uranium.”

Paul also pledged that he would work to block any resumption of offensive arms sales to Saudi Arabia, a move reportedly under consideration by the Biden administration. He helped lead a successful effort to block weapons sales to the oil-rich kingdom in 2019.

“It’d be an absolute capitulation of Biden and against everything Biden said he stood for,” Paul said. “He said human rights would make a difference in who we sold arms to. And he’s really played games with it, whether it’s been Egypt or any others.”