One year on, Bennett’s government hangs on by a thread

It is the very makeup of the government that might end up being its downfall, as long-standing issues that stand at the core of Israeli identity continue to overshadow its successes 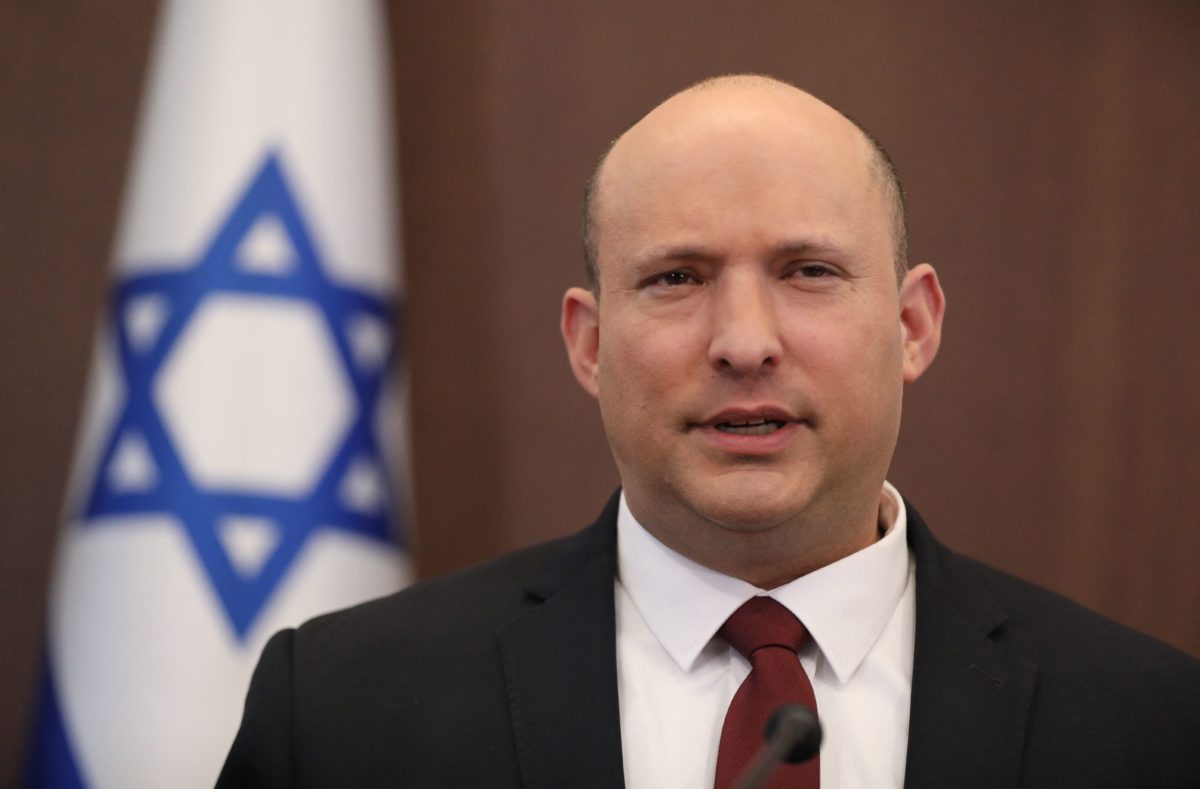 To mark the current Israeli government’s first anniversary, Prime Minister Naftali Bennett last week published a 27-page Hebrew-language pamphlet highlighting its achievements over the past year and appealing to what he called the “silent Zionist majority” to help him keep his fractious coalition in power.

From less rocket fire from Gaza to some significant accomplishments for Israel’s economy, including the passage of a national budget after more than three years of political stagnation, the government led by Bennett has some cause for celebration.

The broadest ruling coalition in Israel’s history, made up of eight ideologically opposing parties — including, for the first time, an Arab faction — this government is unprecedented in its scope. And, true to Bennett’s claims, it has succeeded in reducing the national deficit to zero for the first time since 2008, stimulating economic growth even as the country emerges from a two-year pandemic and enabling the economy to remain open despite the omnipresence of COVID-19.

Additionally, there have been some tangible achievements in Israel’s foreign policy with Bennett and his political partner, Foreign Minister and Alternate Prime Minister Yair Lapid, in their efforts to restore Israel’s bipartisan standing in the U.S. and set a new tone with the Democratic Party. The two have also managed to deepen ties with countries in the region who are party to the Abraham Accords, and hosted foreign ministers from the U.S., United Arab Emirates, Morocco, Egypt and Bahrain at the first-ever Negev Summit.

However, observers told Jewish Insider, it is the very makeup of the government — and maybe even its effectiveness in running the country — that might end up being its downfall, as long-standing and potentially explosive issues that stand at the core of Israeli identity continue to overshadow its existence.

“This government is excellent and has shown stability,” Shalom Yerushalmi, a veteran political commentator, told JI. “It passed a budget and is doing some important things with Israel’s infrastructure and development, but it probably won’t be able to hold on to power for much longer.”

The reason, he theorized, is because it is impossible to have an Israeli government containing an Arab party that identifies with the Palestinian people in the absence of policies that aim to bring peace between Israelis and Palestinians.

“The Jewish-Arab partnership, the first of its kind, important, historic and correct, was supposed to do good and bring the two communities [inside Israel] closer together, but in effect this political coalition has been very bad for the relationship,” said Yerushalmi, who writes for Zman Yisrael (the Hebrew version of the Times of Israel) and Makor Rishon.

“It turns out that you can’t create an Israeli-Palestinian government when the Palestinians are still the enemy,” he continued. “A clash is impossible to avoid.”

Disputes on such core ideological issues have only served to exacerbate the differences among coalition members who hail from parties on both sides of the political spectrum, and embolden the position of opposition leader and former Prime Minister Benjamin Netanyahu and his far-right partners.

An increasing number of embarrassing blows to Bennett and his partners — most recently when routine legislation to extend Israeli civilian law to Jewish settlers living in the West Bank failed to pass in the Knesset — suggest that the government’s days might be numbered.

Despite successes in economic and foreign policy, opinion polls increasingly show growing public dissatisfaction over the government’s makeup and suggest that support for Netanyahu and the right-wing bloc of parties he represents is growing.

Research published last week by the Israel Democracy Institute found that public opinion on the effectiveness of this government is divided, even among those who voted for the parties that are now part of the coalition. Supporters of opposition parties overwhelmingly believe the situation in the country is much worse than it was a year ago, the survey found.

Yohanan Plesner, IDI’s president, told JI that the government had been successful in “extracting Israel from crisis mode” caused by four successive elections and putting it back into a state where it could properly function.

“During its first eight months the government brought back normality,” Plesner said. “Israeli citizens were allowed to get on and mind their own business while the government was minding state affairs.”

However, he pointed out, two events have now undermined that sense of normality – the wave of terror attacks in March and April that left more than a dozen Israelis dead and the resignation of coalition whip Idit Silman, a member of the Knesset from Bennett’s own Yamina party.

“By and large, I would give it [the government] a positive grade. Not only did it pass the budget but for the first time, [but] many economic reforms were put in place, and comparatively to other countries, the Israeli economy is functioning very well,” Plesner noted. “Policy-wise, or because of the terror attacks, the government is very much weakened and the public is beginning to believe the claims of the opposition that an Islamic party in the government means its hands are tied in fighting back against terrorism.”

In the opening lines of his pamphlet, Bennett pushed back against Netanyahu’s attacks on his multiparty coalition and called on the “silent Zionist majority” to speak out and help keep the government going.

“About a year ago, the State of Israel reached one of the most difficult moments it has ever known,” Bennett wrote in his introduction. He goes on to describe the chaos of “endless” elections, a paralyzed government, ongoing tensions with Hamas in Gaza, unrest in mixed Arab-Jewish cities in Israel and a country more or less held hostage by one man – Netanyahu.

“Spread our message,” he wrote, “that decent people with different opinions who love the country can sit together and act for the good.”

“In the big picture, the government is really functioning harmoniously but on the other hand, the coalition is falling apart,” he said, also pointing to the Palestinian issue as an ever-looming shadow and a weak spot that has allowed claims by Netanyahu and opposition leaders – that a government with Arab members allows terrorism to flourish unabated – to gain traction.

“I don’t follow polls, I look at facts and the same thing is happening in many countries – incitement works,” Yemini said, describing how Netanyahu expertly uses an army of followers to spread his message on social media. “What we are learning is that when you repeat a lie enough times, people will start believing it.”