Nerdeen Kiswani also targeted a recent trip for CUNY faculty to Israel, which she said ‘normalizes Israel’s…murder of the Palestinian people’ 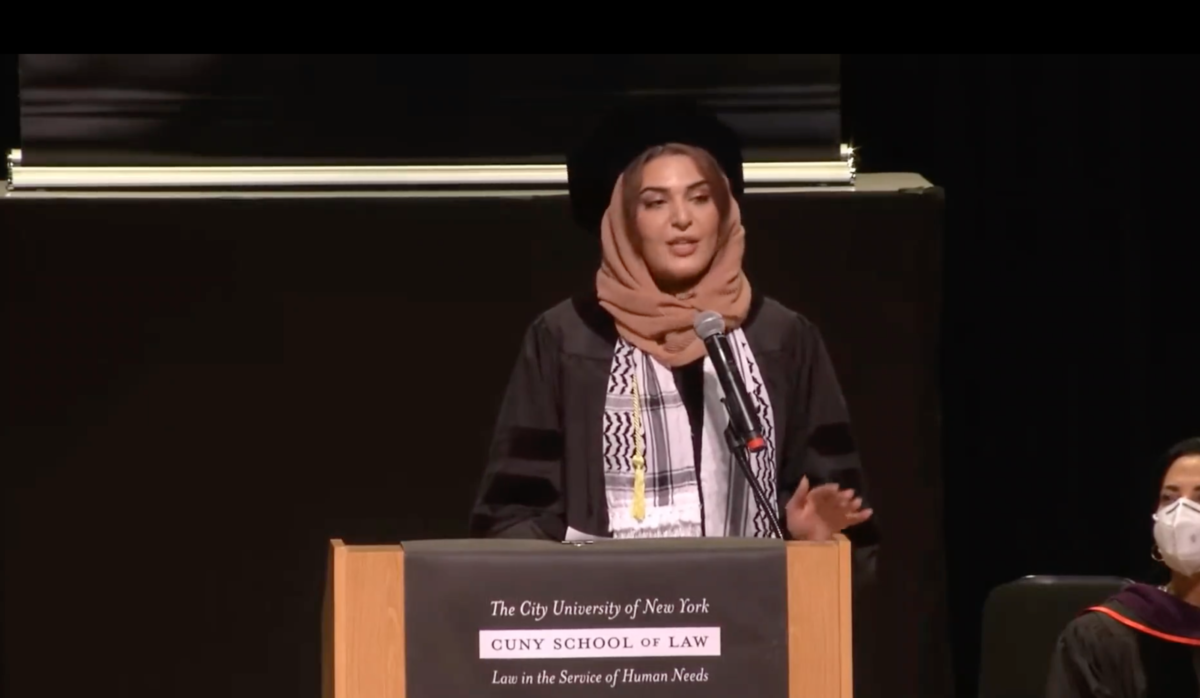 A commencement speaker at the City University of New York’s law school used her speaking time last Friday to allege that she had “been facing a campaign of Zionist harassment by well-funded organizations with ties to the Israeli government and military.”

Nerdeen Kiswani, a member of the graduating class, also characterized a Jewish community-led trip to Israel taken by CUNY administrators as “an affront to everyone at CUNY fighting for liberation.”

Kiswani called the Jewish Community Relations Council of New York’s “Scholars as Bridge-buildings” trip an effort that “normalizes Israel’s colonization and murder of the Palestinian people.” She cited John Jay College of Criminal Justice President Karol Mason in particular for participating in the trip.

Mason traveled to Israel and the West Bank with JCRC-NY last month, along with the CUNY chancellor and 11 other CUNY college presidents. Among those with whom the group met were Sabri Saidam, the former Palestinian Authority minister of education, and Khalil Shikaki, the director of the Ramallah-based Palestinian Center for Policy and Survey Research.

Gideon Taylor, executive vice president of the JCRC-NY, told JI that the group “believes that education about the Middle East is the best way to understand efforts to bring peace to the region. Our ‘Scholars as Bridge-builders’ study tours expose participants to a wide range of perspectives, including from within the academic community in Israel and the Palestinian Authority.”

Kiswani’s remarks at CUNY Law’s commencement, video of which was shared on Twitter, were often punctuated with applause and cheers from the audience.

CUNY Law did not respond to a request for comment.

Last year, Kiswani co-sponsored a resolution in the CUNY Student Senate opposing the International Holocaust Remembrance Alliance’s working definition of antisemitism, which was introduced in response to a resolution opposing antisemitism. Both measures failed.

As an undergraduate, Kiswani, who attended both Hunter College and the College of Staten Island, served on the steering committee of National Students for Justice in Palestine.