The Treasury secretary spoke at the POLIN Museum, where she honored the legacy of Polish resistance fighters: ‘Taking action to confront evil’ 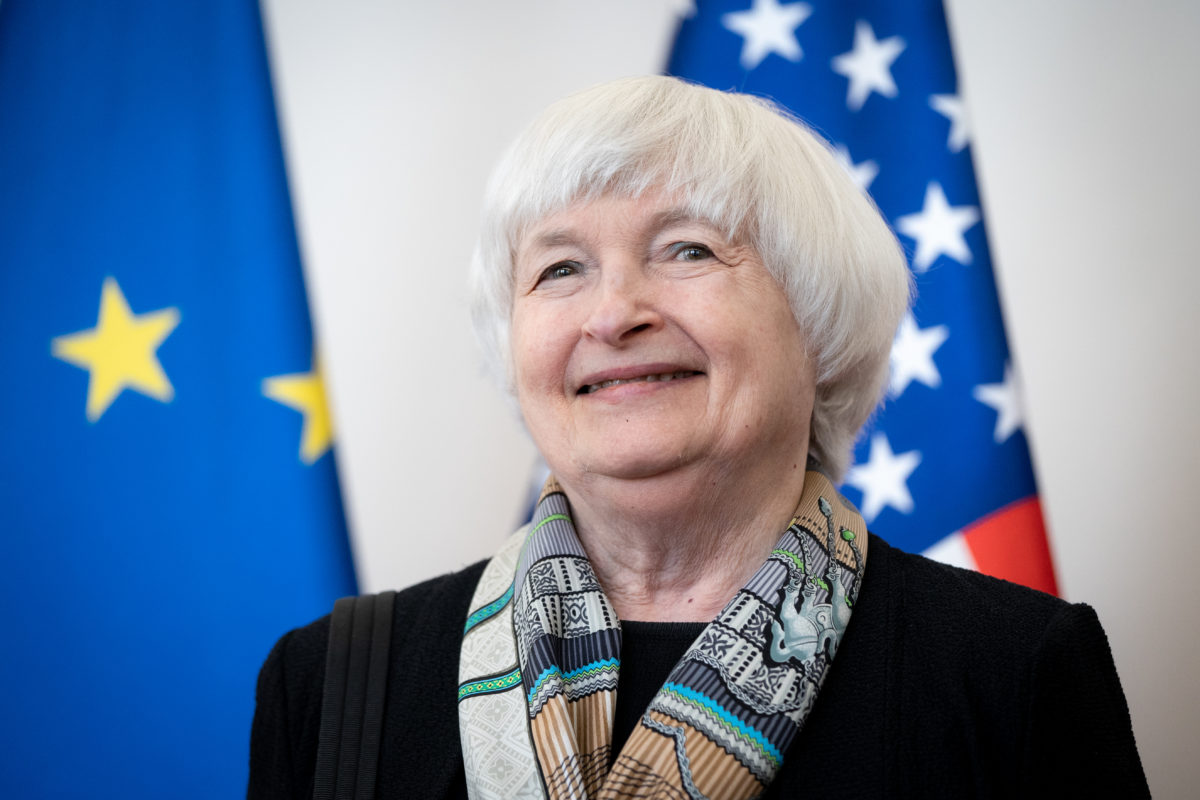 Treasury Secretary Janet Yellen at the Ministry of Finance in Warsaw, Poland on May 16, 2022.

In a speech in Warsaw on Monday, Treasury Secretary Janet Yellen drew upon the legacy of her family members who were killed in the Holocaust to highlight the importance of American efforts to support Ukraine in its response to Russia’s invasion.

Speaking at the POLIN Museum of the History of Polish Jews, located on the site of the Warsaw Ghetto, Yellen shared that most of her father’s relatives were murdered in Sokołów Podlaski, the small town where they lived 50 miles outside of Warsaw.

“Yet the region where my relatives lived was also home to resistance,” said Yellen, who praised the Polish resistance fighters who, “in the face of insurmountable odds and almost unthinkable risk,” fought back against the Nazis.

“That is part of the legacy I am here today to honor: taking action to confront evil,” she added. That legacy, she said, “is also at the core of the Treasury Department.”

She did not announce any new policy initiatives, instead using her remarks to make a moral case for sustained financial support for Ukraine and sanctions on Russia.

“Putin’s ongoing attacks on Ukraine require that we think about what we can do to confront brutality,” said Yellen. “We at Treasury are also doing what we can to ensure that Putin’s brutal war is met with fierce resistance internationally.”

She cited the “unprecedented financial pressure measures” taken against Russia by the U.S. and nearly three dozen global partners. “We are firm in our resolve to hold Russia accountable and to strengthen the hand of the Ukrainian people at every turn,” Yellen said.

In her speech, Yellen, who was in Europe to hammer out a global tax rate deal, told museum visitors about World War II-era Treasury Secretary Henry Morgenthau, who persuaded President Franklin Delano Roosevelt in 1940 to freeze the assets of Denmark and Norway, making “it impossible for the Nazis to capture overseas assets of countries that they were invading.” Later, Morgenthau convinced Roosevelt to create the War Refugee Board, which rescued Jews from Europe.

The lesson of these “decisive actions” is to “use the tools at our disposal to fight oppression, and that lesson must be applied today,” said Yellen.

“A few hundred miles to our east lies another place where people are bravely fighting for their freedom,” she said, referring to Ukraine. “I’ll continue to take these lessons of the past with me as we work toward a better future.”