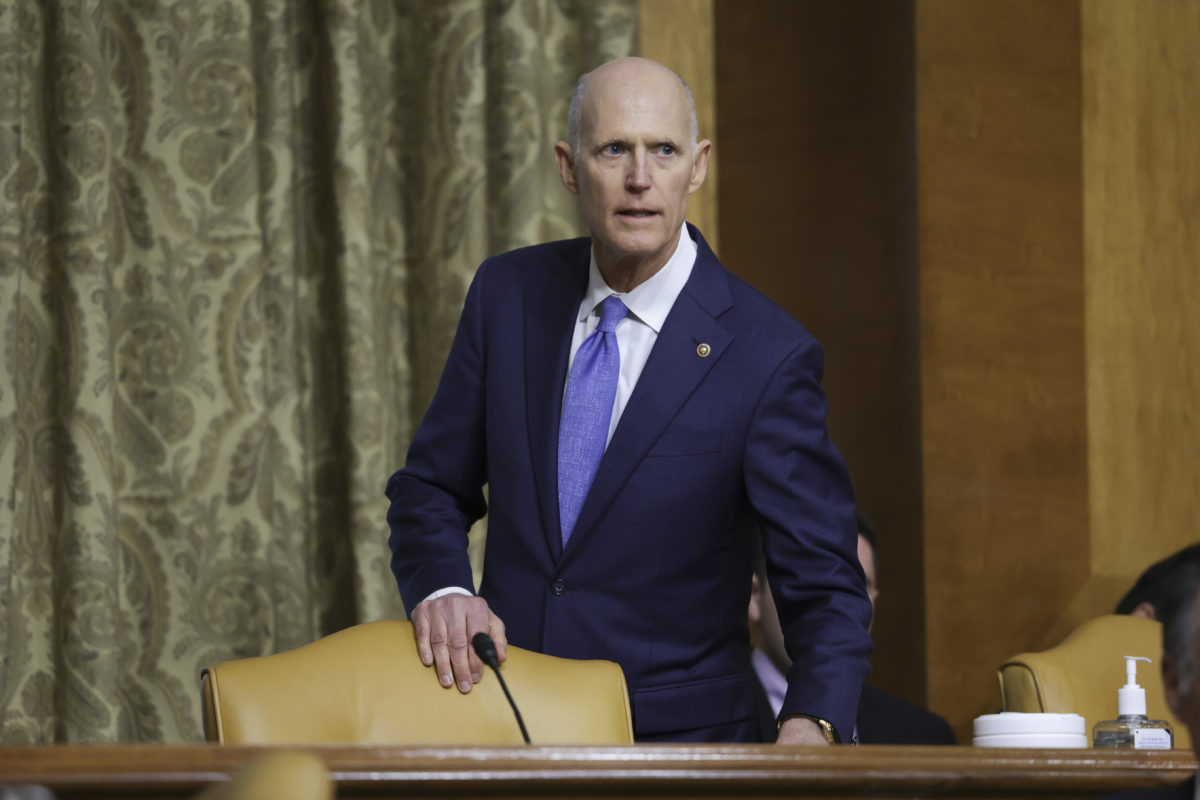 Sen. Rick Scott (R-FL) arrives as director of the Office of Management and Budget (OMB) Shalanda Young is testifying before the Senate Budget Committee at the Dirksen Senate Office Building on March 30, 2022, in Washington, D.C.

The NGO has received $2.5 million in federal funding over two decades, according to a statement from Scott.

“Amnesty International has proven itself to be a sham of a ‘human rights’ organization that perpetuates anti-Semitic propaganda and refuses to hold the world’s dangerous and genocidal regimes accountable,” Scott said. “Under no circumstances should American taxpayer dollars subsidize this or any organization that continually acts against U.S. interests and demonizes our great ally, Israel.”

Scott’s statement also condemns Amnesty USA Director Paul O’Brien’s recent comments that Amnesty is “opposed to the idea that Israel should be preserved as a state for the Jewish people.”

Amnesty pushed back, describing the bill as “authoritarian tactics” and “an attempt to distract from and discredit” their research. The group also said that “Antisemitism is antithetical to everything Amnesty represents as a human rights organization.”

The NGO compared Scott and Braun’s bill to the forced closures of its Indian and Hong Kong offices, Russian efforts to block internet access at its Moscow office and Turkish arrests of top Amnesty officials.