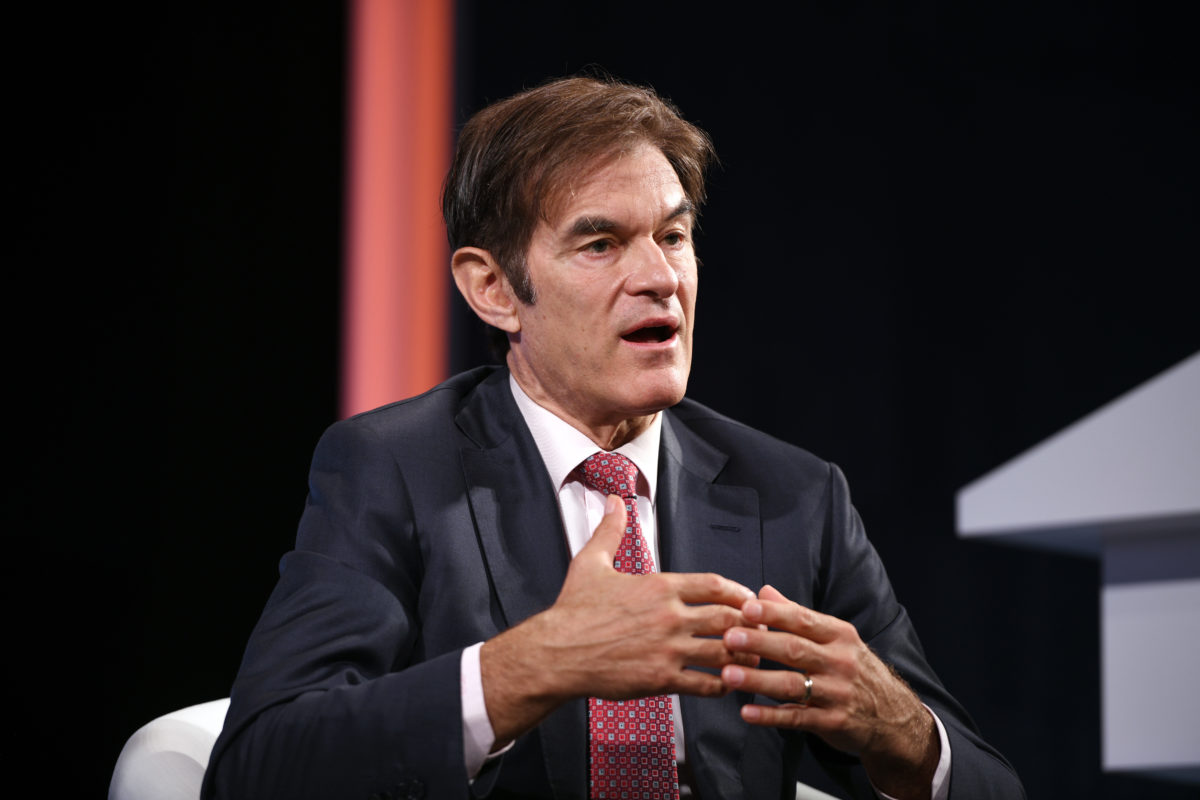 Pennsylvania Senate candidate Dr. Mehmet Oz said on Wednesday that he doesn’t think renouncing his Turkish citizenship is important but that he would do so if he wins the general election because he doesn’t “want it to be a distraction,” he said.

“I don’t think it’s important to do it. It’s certainly a nuisance issue for me,” Oz said of dropping his Turkish citizenship in an interview with Jewish Insider. Oz’s leading opponent in the Republican primary, hedge fund manager Dave McCormick, has sought to suggest that Oz’s dual citizenship poses a challenge to his ability to securely handle classified material as a senator.

“There’s no problems with me being able to contribute to my nation,” said Oz. “I’m only holding the Turkish citizenship to be supportive of my mom who has Alzheimer’s.”

“I think there may be opportunities — this already started, I believe — for Turkey to soften and work with Israel more closely,” said Oz, who holds dual citizenship with Turkey. He added that the move is “perhaps stimulated by the fact that Turkey witnesses what happens when bad actors like Russia invade neighboring countries. So when you have a crisis, it forces people to reevaluate their positions.”

Oz’s approach to the Israeli-Palestinian conflict would be “primarily peace through strength,” he explained, to “make sure that Israel is protected.” He said a two-state solution is “challenged,” given the lack of strong leadership on the Palestinian side. “If you could make a Palestinian state with strong leadership, that would be wonderful. But look what happened with Gaza.”

Instead, Oz argued, the U.S. should take a more regional approach to the Israeli-Palestinian conflict. “You don’t really have a [Palestinian] counterparty to make a stable connection with,” said Oz. “You do have a counterparty in the UAE. You have a counterparty in Morocco. So you have countries that you can create bilateral agreements with, and I think that creates a web that over time will stabilize the region.”

The TV talk-show host and cardiothoracic surgeon would become the first Muslim senator if elected. “It’s good for Israel to have a non-Jew, non-Christian strongly supporting its right to exist and actually highlighting the fact that it’s a role model in so many ways,” Oz argued. “I can certainly articulate what I think a lot of people in the Islamic world believe, which is that Israel has achieved milestones that will be wonderful to emulate if countries in the region can copy what they do.”

In a conversation about his approach to foreign policy, Oz distanced himself from any ties to Turkey’s government. “I don’t really have a relationship with the leadership there,” he said, although Oz has been photographed with President Recep Tayyip Erdogan several times. He said he would protect Fethullah Gülen, a Turkish religious leader who has lived in Pennsylvania in self-exile for more than two decades, from extradition to Turkey, where he is wanted for his alleged role in a 2016 coup attempt. “There are no credible allegations that he was involved in the coup. He will stay in Pennsylvania,” Oz told The Washington Post in February.

Oz has made a point of calling out China on the campaign trail. He did not describe any specific legislation he would author on China, but said instead, “China has cheated on so many items that you can just go back and say, enforce the law.”

Since his campaign began, Oz has come under fire from conservatives for statements he made on “The Dr. Oz Show” over the years on issues ranging from gun control to the Affordable Care Act. Recently, as gas prices have soared due to inflation and Western sanctions on Russian oil, Oz has spoken often about the need to expand hydraulic fracturing, or fracking, for natural gas in Pennsylvania — and come under fire for past columns he wrote where he described the health risks of fracking.

“I’m not against green energy solutions. That’s fantastic. But I don’t believe that the rhetoric around green energy is honest,” Oz told JI. “We’re not going to achieve green energy on the timelines desired with the Green New Deal. There’s also a dishonest narrative around natural gas.”

Pennsylvania is a hub for fracking in the U.S., and Oz presented the state’s natural gas reserves as one way to resolve the global reliance on Russian oil.

Right now, “we’re not able to supply our liquid natural gas to our allies overseas, and quite the opposite, we’re wasting energy,” said Oz. “Because they’re now beholden to Russia, we’re allowing Ukrainians to be hurt. And we’re watching Russians work with the Iranians to broker a [nuclear] deal, which is not going to be in the best interest of our allies, including Israel.”

With Dr. Mike Roizen, then the chief medical officer at the Cleveland Clinic Wellness Institute, Oz authored multiple columns over the years warning readers about adverse health effects from fracking, citing evidence that the process of extracting fossil fuels can pollute nearby water sources. Oz claimed that his position has not changed, but rather that any articles written at the time did not have his sign-off.

“It was an article written by a collaborator of mine that I did not see before he published it,” Oz explained. “If I had said things on my show, then it would be a whole different ball game. When you’re running a media business, you delegate, you divide and conquer the challenges.”

A Fox News poll from earlier this month showed McCormick leading in the primary race with 24% support, while Oz placed second with 15%. Conservative commentator Kathy Barnette and real estate developer Jeff Bartos each had 9%, followed by former U.S. Ambassador to Denmark Carla Sands with 6%. Voters go to the polls on May 17.