Czech ambassador: Ukraine invasion ‘has a lot of emotional connection with my country’ 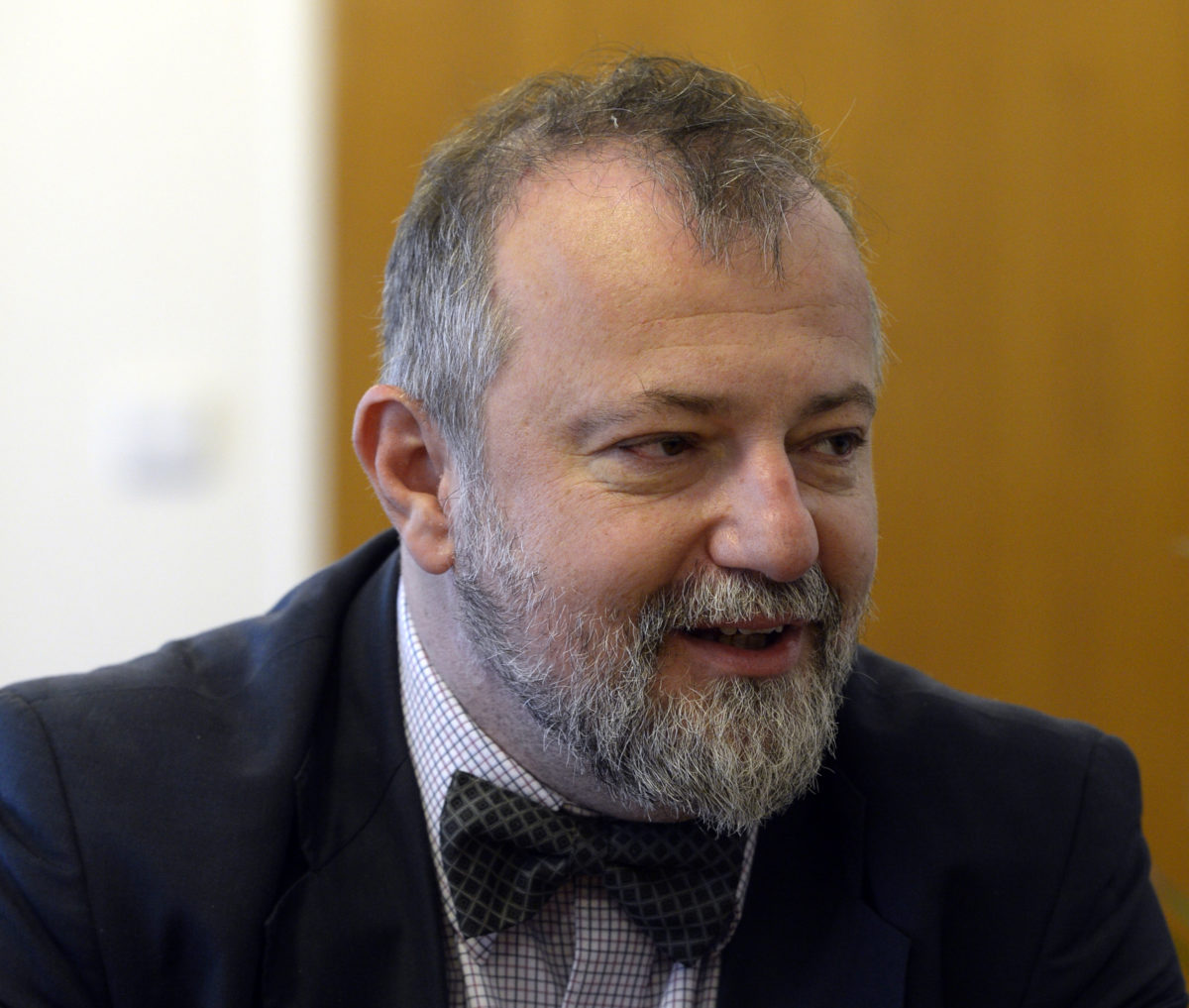 Russia’s invasion of Ukraine is “one of the two or three most dangerous moments after the end of the Second World War,” the Czech ambassador to the United States, Hynek Kmonicek, told Jewish Insider on Thursday.

In an interview at the ambassador’s residence in Washington, D.C., Kmonicek said Russian President Vladimir Putin’s decision to invade Ukraine “has a lot of emotional connection with my country.” Czechoslovakia was a Soviet satellite state throughout the Cold War, and in 1968, Red Army troops invaded Prague to stop the country’s reform efforts.

“​​We still remember the Soviet occupation in Prague 1968,” Kmonicek said. “But we also remember how our rebellious borderland, mainly inhabited by Germans, was reunited with Hitler in 1938-39 in the Sudetenland.”

Kmonicek was referring to the Munich Agreement of 1938, in which Great Britain and France signed a pact with Italy and Germany allowing Germany to occupy border regions, including the majority-German Sudetenland in Czechoslovakia, in exchange for a commitment from Hitler to maintain peace. British Prime Minister Neville Chamberlain left the conference declaring that the agreement had brought about “peace for our time.” Less than a year later, Hitler invaded Poland and World War II began.

Earlier this week, House Speaker Nancy Pelosi (D-CA) made a similar comparison to that moment.

“[Putin] uses excuses like — it’s changed — every time you hear him say, ‘Well, they’re part of us. That’s who we are. They should be us.’ Now they’re saying, ‘But we have to go in because they want to be part of NATO,’” Pelosi said at a press conference. “My friends, this is our moment. This is the Sudetenland. That’s what people were saying there.”

Putin, who earlier in the week declared two Russian separatist regions of eastern Ukraine to be independent entities, has frequently argued that Russia has a responsibility to reunite ethnic Russians in Ukraine with the rest of the Russian population, and to bring them under Russian government control. Putin has also called the war a defensive campaign against NATO and its eastward expansion, and to prevent Ukraine from joining the alliance.

“We were absolutely persuaded that Europe, where it started two World Wars just in the last century, finally found the recipe [for] how to solve our differences in a peaceful way. And the result is the European Union,” said Kmonicek. The Czech Republic joined the EU in 2004, and it was one of the first former socialist countries to join NATO, in 1999.

“We were of the way of thinking that Russia, being partly Europe, has a lot of European aspirations as well and understands that to be a European, one must behave like a European,” Kmonicek explained. “The basic rule is that you don’t solve your troubles with violence. And you definitely don’t change the borders with force.”

Kmonicek called Putin’s actions in Ukraine “a danger for all of Europe, ​​and to face it, the key is the absolute unity of all the allies.” Last year, Russia released a list of “unfriendly countries” that included just two names: the U.S. and the Czech Republic, which blamed Russian agents for a 2014 explosion at an ammunition depot in Vrbětice, in the eastern part of the country. Ukrainians are the largest ethnic minority in Czechia.

“Do I know if the sanctions will be enough? Nobody knows,” Kmonicek said. “I do hope that the sanctions, where we will be absolutely unified, will be so robust that they will lead the Russian side to rethink that maybe it’s in their own interest to behave completely different and achieve their national interests in a way which one would call European.”

Kmonicek acknowledged that sanctions are not the only option on the table. “We all know what we could do next,” noted Kmonicek. “But that’s not the thing we want to even think about, and even less to think about now publicly.”