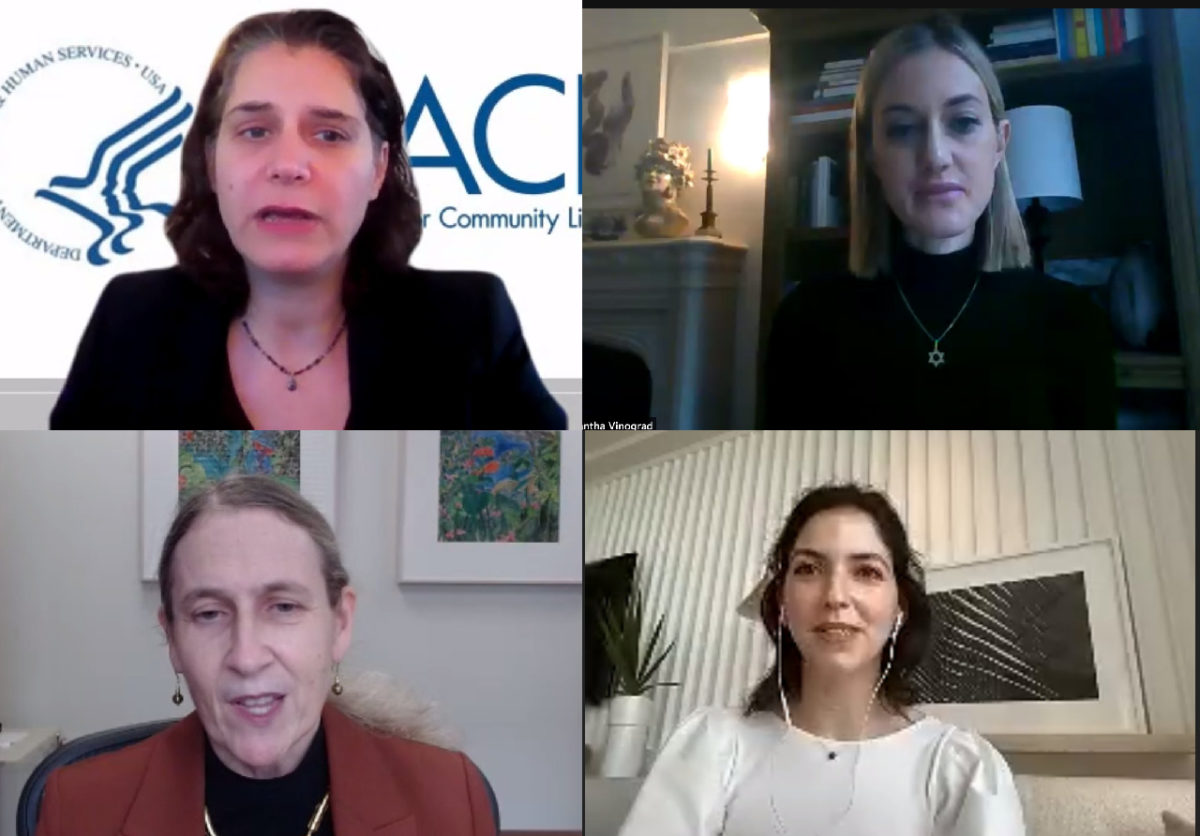 Known as the “Chanel of Budapest,” Rose Gabor was a skilled Jewish seamstress and dressmaker at the height of her career when war broke out in Eastern Europe. But when fascists took power in Hungary and Nazi troops began to encroach, she had to flee with her two daughters. First, they adopted fake names and Christian identities, serving as housekeepers for non-Jewish families, until someone turned them in.

They were sent on a death march “to what they were certain would be their deaths.” But the chaos of an air raid allowed them to escape to the home of a Christian friend, a “righteous gentile” who helped them find a wine cellar to hide in, where they “spent a long, cold winter” in the Budapest hills.

Ann Gabor Arancio, one of Rose’s daughters, eventually made her way to California, where she lived on welfare as a single mother before graduating from the University of California, Berkeley at age 40 and becoming a social worker.

She “ultimately built a really lovely life for her family,” recalled her granddaughter Rebecca Lissner, director for strategic planning at the National Security Council. Knowing her story and the stories of other Holocaust survivors “really ingrained in me an understanding that matters of war and peace are not just abstract questions. They’re not theoretical. These are actually forces that shape and in many cases actually do take individuals’ lives.”

Lissner shared the story of her grandmother, who died in 2020 at age 93, at a virtual White House event on Friday afternoon the day after International Holocaust Remembrance Day. The “pre-Shabbat briefing” featured other senior Biden administration officials who shared the stories of Holocaust survivors in their families as well as officials who explained the administration’s priorities on Holocaust issues. Approximately 800 people tuned in to watch the event.

“We want to share with you what we’re doing to address Holocaust issues,” explained Chanan Weissman, the White House liaison to the Jewish community. “We also wanted to showcase individuals who serve in the United States government because they were inspired in part by their parents or grandparents who survived the Holocaust.”

Samantha Vinograd, acting assistant secretary for counterterrorism and threat prevention at the Department of Homeland Security, spoke about her father Serge, a Holocaust survivor who joined the call virtually from Paris. Many of his family members were killed at Auschwitz, including his father — Vinograd’s grandfather, Samuel, for whom she is named — who died weeks before liberation.

Vinograd’s father survived by first hiding with a priest, then working on a farm as a young boy, she explained. “The Nazis knew that much of the labor on the farm was conducted by Jews, but they needed the wheat,” said Vinograd. He then joined the French resistance, where he tried “to sabotage the train tracks that the railway cars were taking, cars of Jews to Auschwitz, he tried to stop those trains from being able to leave Paris,” Vinograd noted.

After sharing her father’s story, Vinograd spoke passionately about the lessons she has learned from him and the ways they guide her career in public service.

“From a very early age, I was deeply aware of the legacy and the lessons of the Holocaust. My father taught me several things which continue to guide my work today,” she said. “My father taught me that the Holocaust did not happen overnight. There was not one big moment that led to the murder of six million Jews and millions of others. It unfolded over several years at several stages … The Holocaust was never inevitable.”

Last week, Vinograd spoke at a similar briefing alongside Rabbi Charlie Cytron-Walker in the wake of the hostage incident at Congregation Beth Israel in Colleyville, Texas. Roughly 4,300 people joined that briefing.

“I want to ensure that every member of the Jewish community and other communities feel safe worshiping, feel safe expressing who they are, acknowledging their religion,” Vinograd said at the Holocaust Remembrance Day briefing. “I work with my colleagues at the White House and elsewhere throughout the government to try to build resilience to the false narratives, conspiracy theories and disinformation that took hold in Europe over time, and that seem to be even more omnipresent with the rise of social media.”

“We like to say we are seeking a measure of justice for Holocaust survivors and their heirs, and that consists of really two baskets of issues. One is restitution,” Ellen Germain, special envoy for Holocaust issues at the State Department said, and “the other basket is promoting accurate and truthful education and commemoration of the Holocaust, and recently, countering Holocaust distortion and denial.”

Approximately 80,000 Holocaust survivors live in the U.S. An official from the Department of Health and Human Services described the federal government’s assistance to those survivors and to commitment to ensuring they receive the care and support they need.

“This is really a sacred part of our mission because of what Holocaust victims have endured,” said Alison Barkoff, principal deputy administrator at the Administration for Community Living, a government agency that works to support people to live in their communities, among family and friends. “Because of their experiences, Holocaust survivors are at higher risk for a variety of physical and emotional challenges, from heart disease to osteoporosis to cancer, and an overall greater challenge in managing daily life activities.”

In 2015, the agency received a special appropriation of $2.5 million annually “to provide services and support to Holocaust survivors within the United States,” Barkoff said. The agency has also awarded grants to The Jewish Federations of North America to “develop and disseminate innovative, person-centered, trauma-informed practices for Holocaust survivors.”

At the end of Friday’s briefing, Deputy National Security Advisor Anne Neuberger shared her thoughts ahead of Shabbat.

“As I light candles tonight, I will think of all of those around the world lighting candles to welcome Shabbat into their home, creating in our mind’s eye a twinkling necklace around the world of a global family with a shared past, and a responsibility, as we heard, to our shared future,” said Neuberger, who was named for her great-grandmother, who was murdered at Auschwitz in 1944. “That shared past teaches us much. It teaches us that hate destroys. And it teaches us that faith and community bring strength, resilience and purpose.”

Weissman concluded the event with a story from President Joe Biden’s 90-minute meeting on Thursday with Auschwitz survivor Bronia Brandman and her daughter.

“As he escorted both of them out, Bronia looked up at him, and said, ‘Mr. President, to go from the gates of Auschwitz to being able to meet the president in the White House is the greatest honor,’” Weissman recalled. “He gently bent down to her and called her mom. He said, ‘Mom, actually, you’re wrong. For the president of the United States to meet a survivor of Auschwitz, that’s the greatest honor.’”