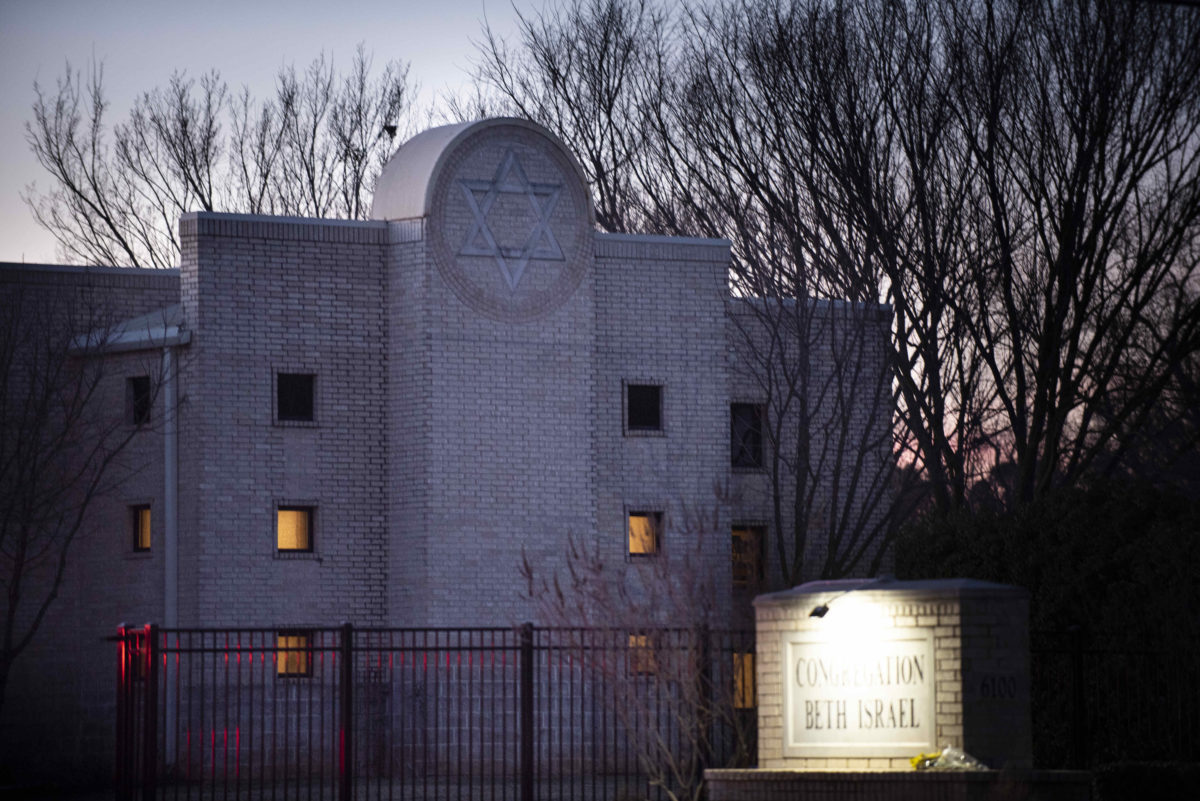 The nation’s top law enforcement and homeland security officials joined a briefing on Tuesday afternoon with representatives from more than 1,500 synagogues and Jewish organizations to discuss the weekend attack on the Beth Israel synagogue in Colleyville, Texas, and discuss how communities can better protect themselves.

“We convened this session for two main purposes,” Orthodox Union Advocacy Center Executive Director Nathan Diament told Jewish Insider. “One was for the synagogues, [the] community to hear from the highest levels of government a clear message of reassurance and solidarity in the wake of what happened in Texas… And then the second purpose was to talk about what do synagogue leaders need to know about the current threat environment in the wake of that event, and what, if any, practical steps they should be considering.”

Diament said that the senior national security officials all made “very clear, strong statements identifying this as an antisemitic event that targeted the Jewish community” — something that some federal officials appeared hesitant to do in public statements over the weekend.

The Simon Wiesenthal Center urged Garland and the DOJ on Tuesday to adopt the International Holocaust Remembrance Alliance working definition of antisemitism in response to that early hesitation.

The officials also discussed how the Jewish community can address threats going forward.

Garland, who is Jewish, noted the regular presence of police cars at his own synagogue.

“It was very powerful, for example, to hear the attorney general of the United States say, ‘When I go to my synagogue, there’s a police car outside,’” Diament said. “And not just because he’s the attorney general who is attending that synagogue but the police car is there because of the Jewish community’s situation. And also to hear the Homeland Security secretary personally identify with the community. It’s a very strong message, very reassuring.”

The officials also discussed the Nonprofit Security Grant Program, which provides nonprofits, including religious groups, with funding for security improvements. Beth Israel was a past NSGP recipient, but the grant fund fulfilled less than half of all applications for 2021 funding. The administration did not submit a specific NSGP budget request to Capitol Hill for 2022. Congress is currently poised to hold funding at its current level in its 2022 spending bill.

Conference of Presidents CEO William Daroff said that both Garland and Mayorkas expressed their support for “fully funding” the NSGP on the call. Diament noted that Mayorkas has now publicly expressed support for increasing funding for the NSGP.

The officials urged synagogue leaders to establish relationships with law enforcement and their local FBI field offices and engage in emergency preparedness trainings and planning., Wray noted that Beth Israel’s security cameras allowed police to monitor what was happening inside the synagogue during the incident.

Diament said that he pressed the officials to provide additional resources to local police departments so that they are able to have a more regular presence at houses of worship.

Daroff said that the presence of so many top officials on the call speaks to “the intense level of engagement by the federal government in the issues related to the hostage-taking in Colleyville.”

“The engagement by the administration, by the Justice Department, Homeland Security and the White House has been remarkably helpful and remarkably cooperative,” he continued. “And in speaking to our partners, at [Secure Community Network] and [the Anti-Defamation League] who were both on site at Colleyville, that level of cooperation and communication extended there on the ground as well.”

He added that Mayorkas called him “literally moments after Havdalah” on Saturday while the hostage situation was ongoing.