In a letter sent to American Jewish leaders on Wednesday, Israeli Prime Minister Naftali Bennett acknowledges frustrations at being kept out of the world’s only Jewish state. 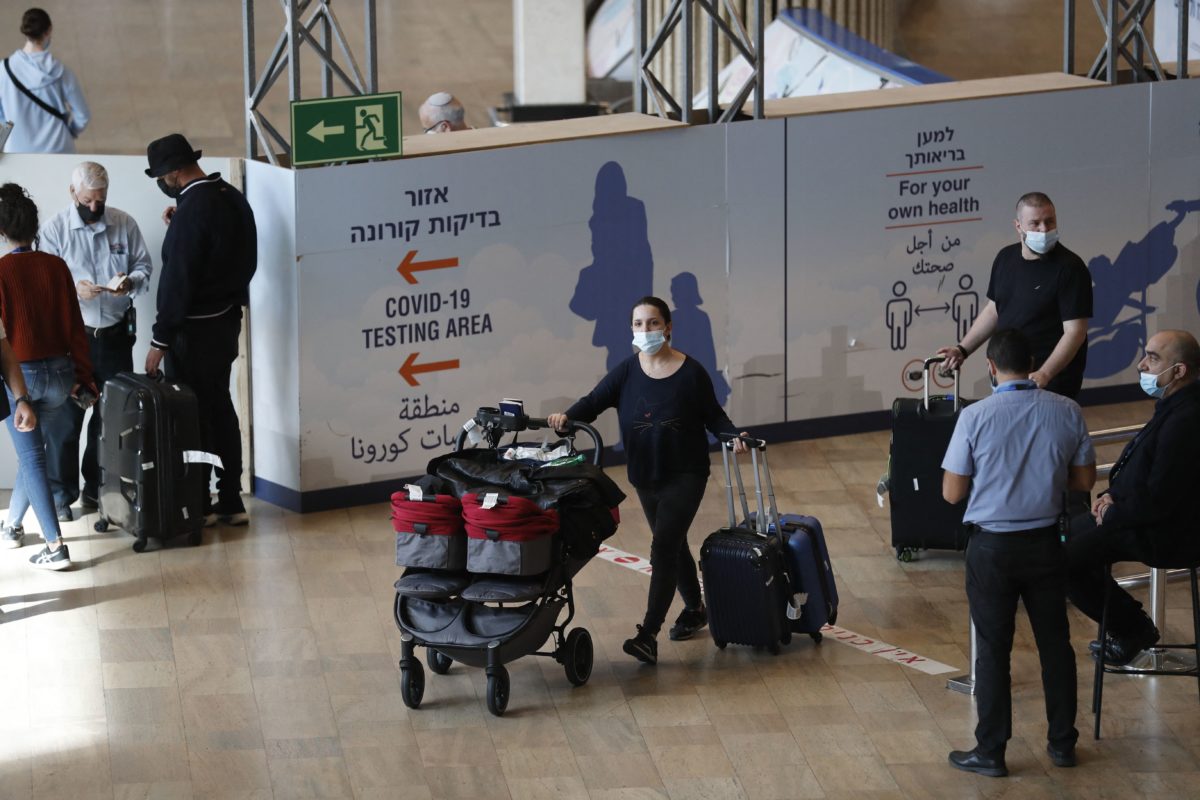 A near-blanket ban on entry to Israel for foreign nationals due to the spread of the Omicron COVID-19 variant is occurring against the backdrop of two large-scale international events taking place this week, with hundreds of participants from multiple countries afforded a special exemption to enter.

On Wednesday, the 10th Flag Football World Championships, with 39 teams from 21 countries, wrapped up three days of games with a medal ceremony in Jerusalem. On Sunday, the 70th Miss Universe beauty pageant is set to take place in Eilat, with the 80 participants spending the weeks leading up to the event touring the country for photo ops. At least one of the contestants, France’s Clémence Botino, tested positive for COVID-19 last week.

Israeli Prime Minister Naftali Bennett announced on Nov. 28 that the entry of all foreign nationals to Israel would be prohibited for 14 days, except for cases approved by a committee that reviews exceptional and extenuating circumstances. Israelis are still permitted to travel abroad, requiring PCR tests on the first and third days after returning to Israel, and quarantining until a second negative result.

“Our mission as a government is to facilitate routine life as much as possible,” Bennett said, announcing the new arrangements. “To this end, we are assessing the situation anew, and are estimating the magnitude and type of threat on a daily basis and adapting the steps and restrictions accordingly.”

“Now we need to tighten the borders in order to keep the country open within,” he said. “I understand that perhaps it might be necessary to change the holiday destination and go into quarantine upon returning; this is also happening in my family.”

A few days later, Bennett’s wife, Gilat Bennett, caused a national stir by flying abroad for a vacation with their four children. In addition, numerous members of the government also set off for overseas trips, with at least three ministers currently in the United States on official working visits.

In a letter sent Wednesday to the top leadership of the Jewish Federations of North America, Bennett appeared to acknowledge the frustration felt by world Jewry at being kept out of Israel explaining, “we did not take this decision lightly, and we are acutely aware of the severe hardship and disruption it is causing people around the world, particularly members of the Jewish community.”

He continued: “I deeply regret any pain felt by you and those in your community, who are cherished members of our global Jewish family. The close relationship between Israel and world Jewry is a fundamental value of the State of Israel, and remains a cornerstone of my government’s policy, despite my having to take this step.”

Bennett did not refer to the hundreds of foreign nationals granted entry for sporting events and beauty pageants, signing off, “Rest assured that we are doing everything in our power to solve this crisis as soon as possible, in order to allow visits to the Jewish state and maintain the supreme importance of the relationship between our communities.”

As well as thousands of individuals forced to cancel bar mitzvahs, weddings and other events planned in Israel, the ban has also meant hundreds of Birthright Israel and other organized groups — Jewish and not — will not make be able to visit the holy land, even if participants are fully vaccinated.

Earlier this week, following pressure from immigrant families, Interior Minister Ayelet Shaked said Israel would allow foreign nationals with daughters about to give birth to enter — although the details are still sketchy and parents of soon-to-be fathers remain barred. Shaked also said foreign parents of lone soldiers or lone national service volunteers, and grandparents of a bride or a groom would be granted entry.

Making the case for easing COVID travel restrictions for relatives of immigrants in a country “that values and encourages aliyah,” former Knesset member Michal Cotler-Wunsh told JI, “There are considerations that must be factored in as part of decision-making processes in advance, not in retrospect and in individual, reactive, ‘exceptional’ cases.”

“There must be a separate category, with clear and transparent policies and consistent implementation,” continued Cotler-Wunsh, who, under the previous government, worked to ensure entry for relatives of immigrants. “Families of immigrants are not tourists or exceptions; they are the rule.”

A spokesperson for the Miss Universe production said that most of the candidates and delegations attending the pageant arrived before the new restrictions were mandated. Those who arrived later entered with special government waivers.

“Throughout the preparations, we have been following strict COVID guidelines, including isolation for all those arriving from abroad in accordance with government regulations, and in addition, all production staff and contestants have undergone PCR tests every 48 hours,” the spokesperson said. A strict mask mandate has also been enforced.

“Sadly, of course, this has meant that many of the Miss Universe supporters around the world, who were planning on coming to Israel to watch the event, were unable to do so,” the spokesperson continued, adding that Botino, the French contestant who tested positive for COVID-19, was forced to quarantine in a designated hotel.

A spokesperson for the flag football tournament told JI that participants had entered under guidelines from the Ministry of Culture and Sports that mandated testing upon arrival and quarantining in a hotel until players received negative results. All players tested negative and have continued to observe a loose quarantine, traveling from their hotels to the playing fields and back.

“I love sports and I am thrilled that Israel is hosting this championship, but doing so proves that we aren’t truly afraid of this new variant and there are ways to allow people into Israel in a safe manner,” said Dov Lipman, another former Knesset member and founder of Yad L’Olim, an organization that has been actively pushing the government to reconsider its entry policy.

“Our leaders clearly have no idea how much pain they are causing immigrants, their families and global Jewry with entry bans and draconian rules,” Lipman told JI. “It may make them feel good and strong for taking some action in the face of the variant, but in reality, they are causing far more damage than any good.”

Requests for comment from the Prime Minister’s Office, the Health Ministry and Interior Ministry were declined.