Expectant olim hoping for exemption to allow parents into Israel 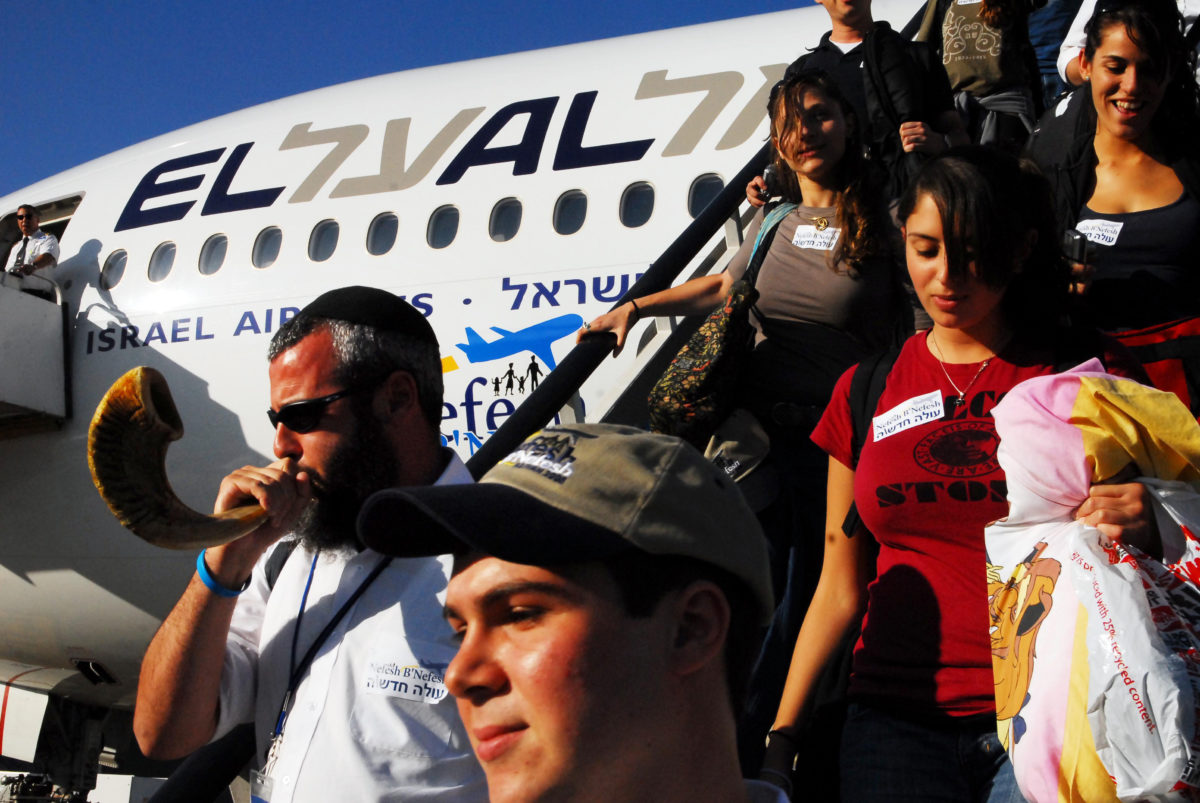 Immigrants to Israel due to give birth in the coming weeks are feeling a mix of anxiety, neglect and anger as their parents are locked out of the country due to the latest COVID-19 restrictions.

A 14-day ban on the entry of foreigners to the country went into effect on Sunday in response to the Omicron variant. Health Minister Nitzan Horowitz said Tuesday that the ban will not be renewed automatically. But many due to give birth in the coming days will have to go through the emotional milestone without the support of their immediate family — unable to share their joy with them or to lean on them in those often difficult and exhausting initial postpartum weeks. Others, due to give birth in several weeks time, remain anxious and skeptical that the restrictions will be loosened in time for their due dates.

The Population and Immigration Authority (PIBA) has made exceptions for weddings and bar mitzvahs, leaving mothers and soon-to-be mothers fuming.

“I’m seriously confused at the new exceptions for bar mitzvah and weddings,” she wrote to Lipman. “How can this be in front of grandparents coming to help their olim (immigrant) children who have zero help here! I can’t believe big party simchas, spreader events, are before births, where the relatives will be in the house helping olim the whole time.”

Yad L’Olim works to assist immigrants in Israel and has been active in supporting those split from their families during the pandemic. In April, Lipman helped get permission for Moskowitz Hikri’s parents to enter the country when she had a stillbirth.

The former politician made a plea on behalf of pregnant immigrants, as well as lone soldiers, at a Knesset committee meeting on Tuesday, where he spoke about the suffering of foreign first-degree relatives of immigrants. He organized a letter-writing campaign that saw dozens of expecting mothers sending emails to Interior Minister Ayelet Shaked on Wednesday, urging her to let parents into the country for their grandchildrens’ births. A virtual demonstration is also in the works.

A template of the letter being sent to Shaked reads: “I understand that there is a new variant circulating in the world, and the importance of public health. But, what is happening here is not a matter of public health and safety. We are talking here about a lack of caring from you about the serious needs of women giving birth. Are you in favor of the appearance of the Miss Universe Pageant but against the physical and mental health of women giving birth and immigrants?!”

The letter refers to the decision to permit entry to contestants taking part in the Miss Universe pageant which is set to take place in Eilat on Dec. 12.

“It’s solely the decision of Ayelet Shaked, 100%,” Lipman told Jewish Insider on Wednesday. “If she says yes, the parents can come.”

Shaked did not respond to a request for comment by press time.

Lipman told JI that Israeli officials explained that they are allowing entry for weddings and bar mitzvahs because those dates are more fixed and certain than a due date, which officials say allows for more control.

“It’s insanity,” said the American-born Lipman. “There’s no greater humanitarian need than parents being there to help their children give birth. I just look at my grandchildren that were born three months ago. If my wife and I weren’t here to help our children — I don’t want to get into the details of things that happened — but they would not have functioned during that time.”

“I believe that the State of Israel is actually being cruel and inhumane by not allowing vaccinated parents to come for births,” he added. “We are going to continue this battle and go wherever we need to go for this to be changed.”

One participant in the campaign, Danielle Fox-Mann, who made aliyah from New York, is expecting her mother to fly in from Florida in mid-December. If her mother is barred from entering, Fox-Mann, 33, doesn’t know who will take care of her toddler when she gives birth this month. “We got all the paperwork ready already and we applied for an exemption but got declined,” she told JI. The letter she received from PIBA, which she shared with JI, states that she does not meet the criteria set for entry into Israel at this time.

“I just feel anxious and helpless because there is nothing I can do to affect the outcome of the situation that changed basically overnight. I choose to live in this country because I am a Zionist, but I will be distraught if my mother won’t be able to be with me and support me and my toddler through this emotional transition in our lives,” she said.

Another American-Israeli woman who spoke to JI on the condition of anonymity is due to give birth to her second child in less than two weeks and had been eagerly awaiting the arrival of her mother ahead of the birth. “I have a toddler at home. My mom was invaluable to me last time I gave birth. She was in the birthing room with me and my partner. I can’t imagine going through this time in my life without her at my side. She was supposed to arrive tomorrow. She just canceled her ticket and we are hoping and praying that she will be able to come soon. I’m beyond upset and angry,” she said.

French immigrant Alison Emmanuel, 34, feels so abandoned by Israel that she is considering moving back to Paris.

She has her mother on standby in Paris, ready to fly in for the birth of her first child. Emmanuel was also hoping for her father and brother to attend her son’s Brit Mila. But she fears her family won’t be there for the key moments.

“With the restrictions, the uncertainty of the birth date and the three days’ isolation, plus the fact that my brother can’t even get a third shot in France, I will end up going through this alone,” she lamented.

“Israel is stealing our joyful moments. I had to cancel my wedding twice. By the time they were accepting parents again I was pregnant and not up to having a wedding and finally now that I will have my baby, I will be once again separated from my family. I just feel more and more that it’s time to leave this country which fails to protect us and provide us basic rights of seeing our loved ones,” she said.

Emmanuel is not surprised by news that Prime Minister Naftali Bennett’s wife and children have gone abroad on vacation, despite his recommendation on Friday that Israelis refrain from traveling overseas. Bennett’s office said that his family had changed their original “red country” destination in accordance with the updated guidelines for Israeli citizens.