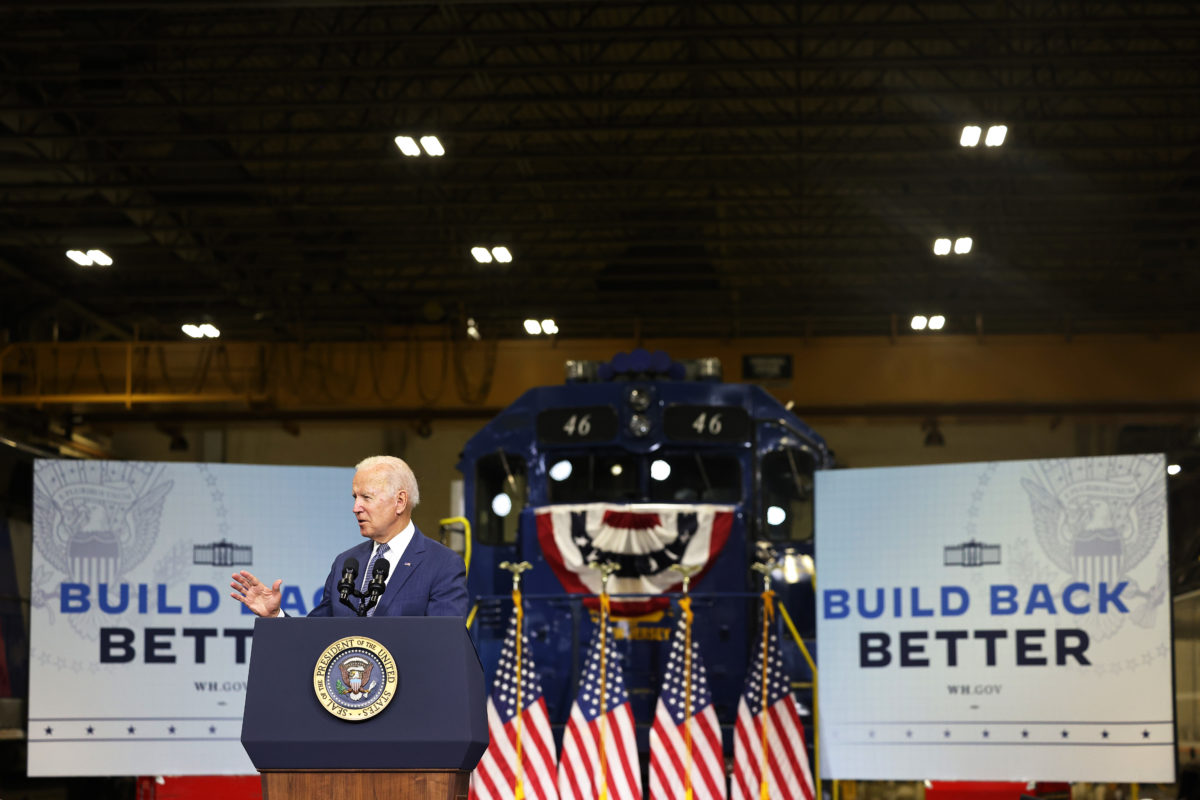 After months of intraparty brinkmanship, House Democratic leadership is aiming to vote this week on Build Back Better, Democrats’ nearly $2 trillion social policy bill. But a coalition of religious groups, including major Orthodox Jewish advocacy organizations, are pushing for changes to key provisions before the bill passes Congress.

Among the landmark elements of the bill are additional funding for childcare programs and funding for universal pre-kindergarten (UPK) programs, issues that have broad support among Orthodox activists. As currently written, three specific provisions in the mammoth spending package could make it difficult for religious programs to receive funding or deter them from seeking it out, individuals who’ve lobbied on the measure told Jewish Insider.

First, UPK aid would be distributed in the form of a direct grant to preschools, which constitutionally cannot go to programs with religious content. Rabbi Abba Cohen, Agudath Israel of America’s vice president for government affairs, told JI the legislation would prevent any programs that celebrate Jewish holidays or include Jewish blessings — key elements of Orthodox Jewish preschool programs — from receiving funding.

“The limitation is so great that it effectively cuts out religious faith-based UPK providers,” Cohen said. “The only way one could foresee the participation of those providers is that they would have to secularize their program.”

Cohen said that he was “heartened” by President Joe Biden’s initial comments that the UPK program would be open to all 3- and 4-year-olds, regardless of background. The UPK funding mechanism Cohen said, “flies in the face of his commitment.”

“It’s sort of counterproductive to the notion of inclusion,” he continued.

Religious activists said that a certificate- or voucher-style program — already used in existing child care programs like the Child Care and Development Block Grant program (CCDBG) — giving funding to parents that they can then use as they choose would not be subject to the same constitutional limitations as a direct grant.

Second, the bill includes language stating that child care aid — which would be administered via certificates — would be considered federal financial assistance to the provider, raising questions about whether religious groups would be eligible.

“All kinds of things that have never applied to [providers] before are now going to apply,” Nathan Diament, executive director of the Orthodox Union Advocacy Center, told JI.

Cohen, whose organization was involved with drafting the original CCDBG program 30 years ago, said there was no reason to change restrictions in the new legislation.

“For the last 30 years, it has been working beautifully… it has worked well. It has served needy families. And as far as I’m aware, there haven’t been any complaints about the operation of the program,” Cohen said. “It’s unclear whether [the new] language will prohibit or allow child care programs to do what they’ve been doing all these years.

Third, the bill could make both the child care and pre-K programs subject to a slate of additional antidiscrimination requirements, including those in the 2007 Head Start Act. Cohen said these requirements could exclude single-sex programs and impact whether faith-based providers can give preference to members of their own faith.

“For clarity, we would like legislation to clearly provide the kind of religious exemption that is in, for example, Title IX,” Diament said, referring to a 1972 law barring sex discrimination in education programs that receive federal funding. “Just say very clearly, that exemption applies to religious institutions that are going to be childcare and UPK providers.”

If enforced, Cohen said the nondiscrimination rules would “effectively cause many religious or faith-based child care providers to drop out of the program.”

Diament described the provisions in the bill as a change to the status quo for federal child care funding, naming House Education and Labor Committee Chairman Bobby Scott (D-VA), who drafted the provisions, as specifically responsible for the issues.

Scott reportedly said in a letter to House Speaker Nancy Pelosi that the bill must not allow “government-funded discrimination — in employment or in the provision of services to participants — in publicly funded programs,” but did not respond to a request for comment.

“Our position is we want the status quo to remain in place,” Diament said. “We want the rules that currently govern these programs and that have these protections for religious providers, we want that to apply to the newly expanded programs.

Cohen added that it would have been straightforward to apply the framework of the existing CCDBG and apply it to the new initiatives.

“But Congress has decided, apparently, at least so far, not to do it that way, and that’s creating a lot of confusion and potential problems,” he said. “It’s not necessary as a matter of law. There are ways where, constitutionally, faith-based providers can be included in these programs.”

Diament and Cohen argued that the restrictions would ultimately undercut the effectiveness of the two programs in question by excluding major childcare providers across the nation. Religious organizations provide childcare and preschool to more than half of families in the U.S. using such services, according to a 2020 Bipartisan Policy Center survey.

“You can’t say you want religious organizations involved and then say, ‘We’re going to write the rules so that you can’t teach about Hanukkah and sing Hanukkah songs in your pre-K program because we’re going to write rules that make that impermissible,” Diament said.

Cohen added that the provisions work at cross purposes with Democrats’ stated goal of ensuring maximum access to childcare and pre-K.

With a vote in the House imminent, chances are minimal that these provisions can be overhauled prior to House passage. But activists are continuing to pressure both Senate and House leadership about the issues they see before final passage.

“We’ve been mainly talking to people on the Senate side, we don’t have much expectation of getting this fixed in the House,” Diament said. Cohen said Agudath Israel has been working with both Senate and House staffers on the issue, since the House will need to agree to any changes the Senate makes to the bill.

But activists appear to be tempering their expectations for a win.

Diament said that the White House and congressional Democrats have said they want religious providers to be eligible for the program, but that they must follow up with changes to the bill’s text.

“The folks on the Hill we’ve been talking to, they say in broad terms, ‘Yes, we want to include the churches and synagogues and religious providers,’” he continued. “But when we say, ‘Well, we have problems with the language, we need that fixed,’ we haven’t resolved that yet.’”

“I think they’ve taken our concerns seriously, they’ve listened to us seriously, they’ve given us a lot of time to make our case,” Cohen said. “So that gives me reason for optimism that on the Senate side there could be changes in the language… This is still very much a work in progress, and I think there’s ample opportunity to make the kind of legislative changes that we’ve been putting forward.”

Also included in the $1.85 trillion BBB package, as currently drafted, is $100 million in additional funding for the Nonprofit Security Grant Program, which has been supported by a range of Jewish community organizations. The bill also provides $150 billion for Medicaid-funded home-based care programs and a one-year extension of the Child Tax Credit and Earned Income Tax Credit; the Jewish Federations of North America was among the groups that lobbied for these provisions.