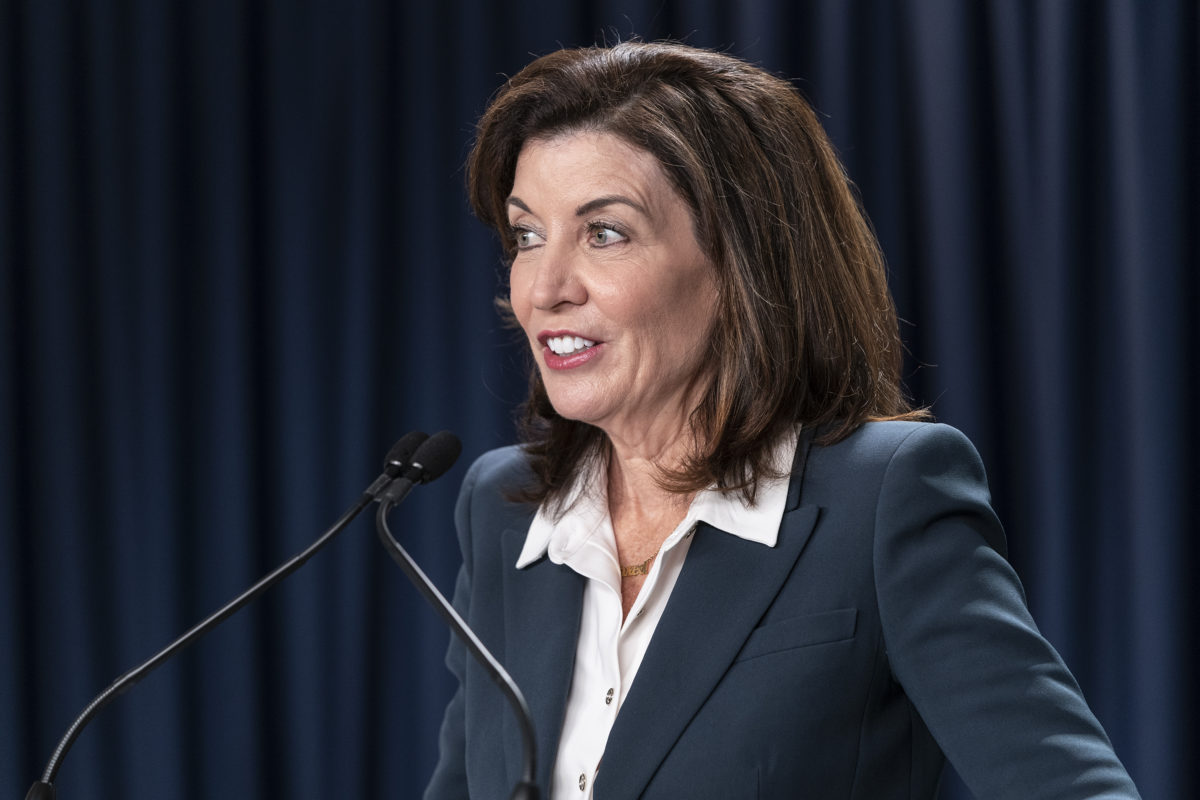 A community under assault: “I’ve spoken at countless events, not just now, but as a member of Congress, in support of the Jewish community, because for so long, the community has been under assault,” Hochul said. “And we talked about the rise in hate crimes against individuals who should never have that fear in their hearts. I visited a number of yeshivas recently, and this was at a time when there were more attacks going on in the streets and people feeling anxious. A young boy said to me, ‘I was told I shouldn’t wear my yarmulke, because that means I’m going to be a target, that someone could attack me. What do you think I should do?’ I said, ‘Young man, wear that proudly. This is a sign of the strength and the resilience that is part of your DNA. We’ve always fought back, Jewish people have always had to fight back. But it makes them stronger and more united together.”

Jewish resiliency: The governor, who took office in August, noted that her first public address to the Jewish community came on the 83rd anniversary of Kristallnacht. “The images that go through our minds of what happened on that night are part of what I’m talking about — the resiliency of the people to stand up to oppression and fight back. And think about the ‘Ethics of the Fathers’ that says — there’s a verse from that — ’It is not your duty to finish the work. But neither are you limited to neglect it.’ As governor of the state of New York, I cannot neglect any community or any issue that comes to my attention. That is my moral responsibility. That is my philosophy of government. We’re going to continue building on what we’ve done in the past, but recognizing that all communities are facing unique challenges right now.”

Going national: “As a member of Congress a decade ago, I stood firm with Israel when they were under assault,” said Hochul, who served in Congress from 2011-2013. “And even more recently, as a Democrat… I reject the individuals in my party who are making this an issue and questioning our commitment to Israel… No one will ever question our commitment to Israel.”

N.Y.-Israel ties: Hochul noted that her family had planned a trip to Israel for this fall, which was ultimately postponed when she succeeded former Gov. Andrew Cuomo. The governor said she is looking forward to leading a trade mission to Israel in the next year. “We also have opportunities to do much more in trade and research and development and find more partnerships and relationships so we can innovate the new technologies, but also in healthcare. There’s a lot of things happening in Israel that we need to take advantage of and bring our experts together.”