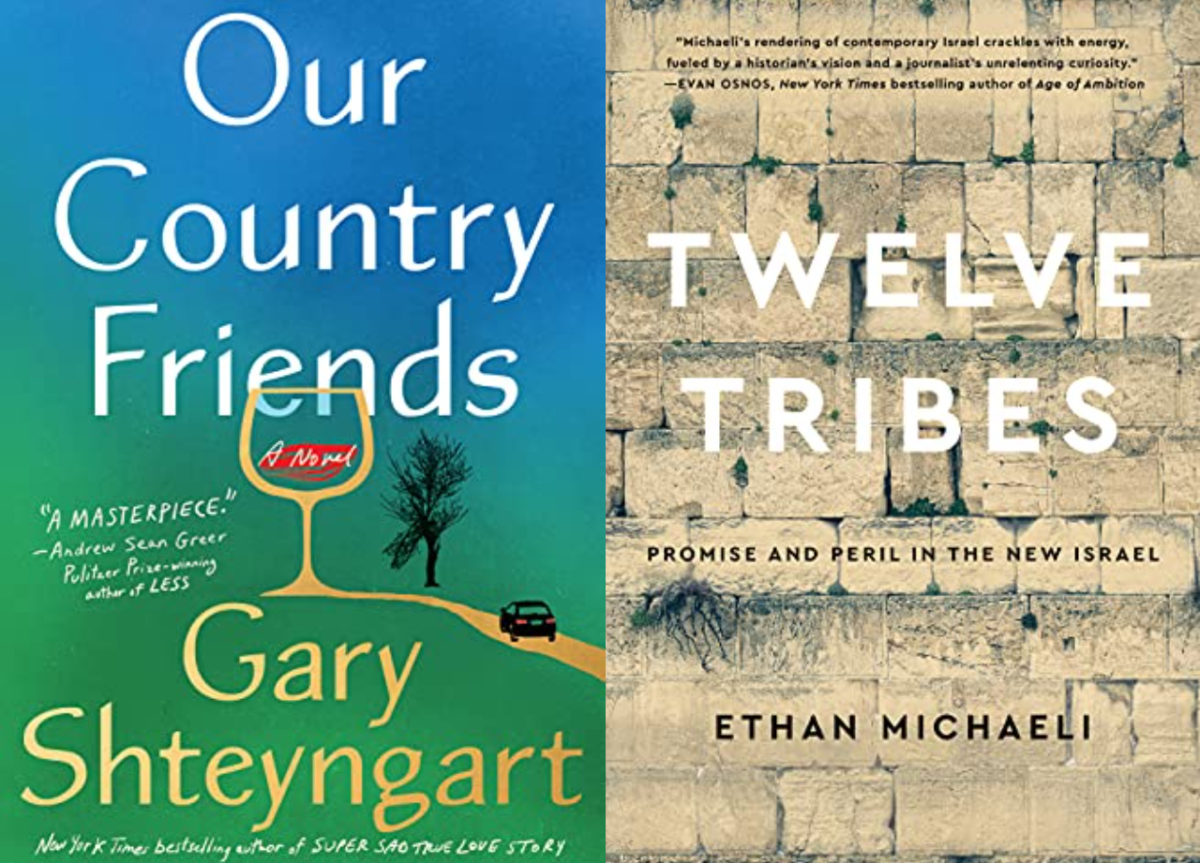 In the third installment of a new series exploring new and upcoming books, the team at Jewish Insider previews 11 new titles coming out in November:

Both/And: A Life in Many Words, by Huma Abedin (Nov. 2): The memoir from former Secretary of State Hillary Clinton’s senior aide explores her early life in Saudi Arabia, turbulent marriage to former Rep. Anthony Weiner (D-NY) and travels to Israel, the West Bank and Gaza.

Our Country Friends, by Gary Shteyngart (Nov. 2): When COVID-19 hit, Shteyngart turned attention away from the book he had been working on to write a pandemic novel about a group of friends who retreat to a country home in upstate New York at the start of the pandemic.

Misfire: Inside the Downfall of the NRA, by Tim Mak (Nov. 2): The exposé of the NRA looks at the waning influence the special interest group carried in Washington under the leadership of CEO Wayne LaPierre.

Under Jerusalem: The Buried History of the World’s Most Contested City, by Andrew Lawler (Nov. 2): Lawler’s third book takes a look at the 150-year history of the complicated and sometimes controversial archeological digs — oftentimes conducted by amateurs with a taste of adventure and finding treasure — under the city of Jerusalem.

Lightning Down: A World War II Story of Survival, by Tom Clavin (Nov. 2): In his 10th book, Clavin tells the harrowing but true story of 22-year-old Joe Moser, a WWII fighter pilot shot down over France and taken to Buchenwald, instead of a POW camp.

​​Gaza Conflict 2021, by Jonathan Schanzer (Nov. 10): Schanzer, the vice president for research at the Foundation for Defense of Democracies, takes on Hamas 13 years after his Hamas vs. Fatah shone a light on the power dynamics at play among warring Palestinian factions.

Twelve Tribes: Promise and Peril in the New Israel, by Ethan Michaeli (Nov. 16): While traveling across Israel, Michaeli takes an in-depth look at the patchwork of identities that make up contemporary Israeli society, from kibbutzniks to Ethiopian olim to Israeli Arabs.

Paths of the Righteous. Stories of Heroism, Humanity and Hope, by Ari Mittleman: Mittleman highlights the stories of eight non-Jewish individuals, including former British Labour Party MP Joan Ryan and Holocaust restitution attorney Markus Stoetzel, who have acted as allies to Israel and the Jewish community. (Released in Israel; U.S. release is next month.)

Why Do Jewish? A Manifesto for 21st Century Jewish Peoplehood, by Zach Bodner (Nov. 25): Bodner, a longtime Jewish community leader, spearheads a broader conversation about Jewish peoplehood while looking at how Jewish history and wisdom can set the community on course for a meaningful future.

All About Me!: My Remarkable Life in Show Business, by Mel Brooks (Nov. 30): In his first memoir, the 95-year-old Brooks looks back at his rise to the top echelon of American comedy, spanning the Great Depression to the new millennium, and gives a window into his personal life and friendships with Hollywood’s top names.