‘Start-Up Nation’ starting to tackle its own climate crisis

On eve of COP26, Israel is touting greentech innovation as it lags behind in battle to lower greenhouse gas emissions 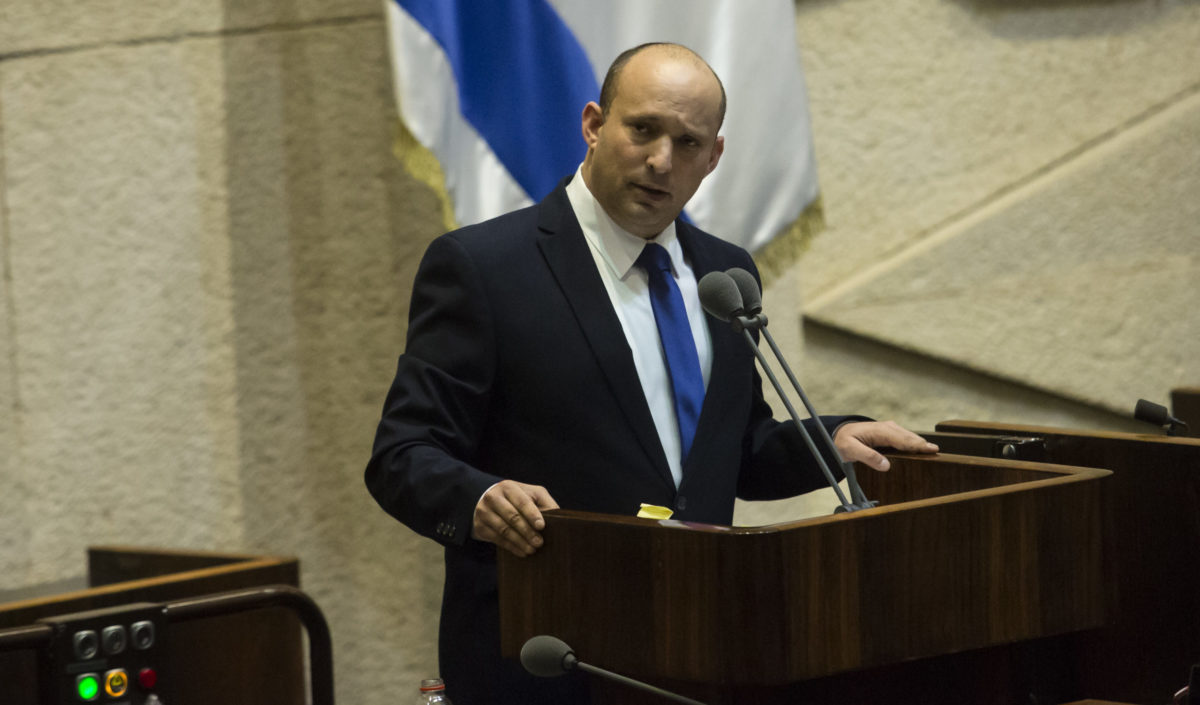 When world leaders gather next week for COP26, the United Nations’ Conference on Climate Change, in Glasgow, Scotland, Israel hopes to use the forum to position itself as a world leader in providing viable solutions to the global climate crisis.

But the self-declared “Start-Up Nation,” known for its advanced greentech innovation in fields such as agriculture, water preservation, clean energy and the growing industry of alternative proteins, lags far behind other countries in tackling climate change and has set itself unambitious targets for lowering greenhouse gas emissions. There are some signs, however, that the current government is now taking major steps to catch up.

In recent weeks, Israel’s environmental challenges have burst into public view, with Israel’s President Isaac Herzog establishing an Israeli Climate Forum to bring together policymakers and experts, and the state comptroller, the nation’s watchdog, releasing a stinging, in-depth report that seeks to serve as a blueprint to improving Israel’s approach.

“The audit revealed many findings indicating that the State of Israel has yet to make the necessary perceptual shift,” Matanyahu Englman, the state comptroller, wrote in the report’s foreword. “Only a minority of public entities exhibited actions for improving adaptation to climate change. Israel is one of the few countries in the world that does not act based on a national adaptation plan that is budgeted and approved, although it is in a ‘hot spot’ (high-risk area), and thus even more exposed to climate change risks.”

Englman said his report should act as a “warning light” to the public and the government.

“Israel has not yet internalized the risks posed by climate change to the economy and financial system,” he wrote, adding that even “in the field of climate innovation, Israel is at the bottom of the list of countries reviewed.”

On Sunday, Israeli Prime Minister Naftali Bennett, who will attend next week’s conference, formally declared climate change a matter of “national security” —  a step that will require Israel’s security agencies to begin preparing for climate-related emergencies — and released a 100-point plan that includes an allotment of some $225 million to improving energy efficiency, bolstering solar energy production and encouraging innovative greentech.

“The climate crisis is one of the major issues on the world agenda,” the prime minister said in a statement. “It concerns the lives of all of us, and also the lives of our children and grandchildren. We are obligated to deal with it in Israel; it is at the core of our being.”

After facing criticism for not setting an ambitious enough goal to reduce greenhouse gas emissions, Bennett on Friday announced that Israel would aim for net zero emissions by 2050, bringing it in line with the Biden administration and other Western countries and fulfilling the goals of the conference. The prime minister will lead a delegation of more than 100 Israeli ministers, Knesset members, government officials, diplomats, experts and industry leaders to Glasgow.

“We need a change of direction,” former Knesset member Dov Khenin told Jewish Insider. “We are in a state of emergency and the decisions we need to make are not what will happen in 2030 or 2050 but what will affect us today and tomorrow.”

Khenin, who will head the president’s climate forum, said the country’s challenges were multifold and included an urgent need to move from an overwhelming reliance on private vehicles to improving public transport; a switch from fossil fuels to renewable energy; and more sustainable planning for large infrastructure projects.

“There needs to be a deep change in the whole system of planning, and we must prepare ourselves for the dangers ahead — the lack of water, desertification, floods — issues that the whole world is confronting,” Khenin told JI.

“I think that the fact that Prime Minister Bennett is going to Glasgow is very important and positive,” he continued, adding that the prime minister’s and the president’s interest in the issue were finally creating an important national conversation around climate change. “People are more aware of the challenges today than before and they know this is no longer an issue of the far future, it is not a crisis happening far away but is something that is influencing our lives here in Israel.”

“This is the first time Israel is giving attention to climate justice,” said Yosef Abramowitz, CEO of Energiya Global Capital, using a term that frames climate change as an ethical and political issue, rather than one that is purely environmental or physical in nature. Energiya is an impact-investment platform for solar energy in the developing world.

A solar pioneer, Abramowitz is the driving force behind Israel’s first solar fields, which have allowed the Negev desert to become 100% powered by the sun during daylight hours. He told JI that Israel lags in the climate battle because, until now, there was “no moral leadership on the issue.”

“I hope, with this government, that will now change,” said Abramowitz, who will be part of Israel’s delegation to Glasgow. He said Israel’s renewable goals were still not ambitious enough, however, and that the country needed to make a drastic reduction of its greenhouse gas emissions.

Gideon Behar, Israel’s special envoy for climate change and sustainability, acknowledged that Israel is trailing other countries on its climate goals but said that should not cancel out the innovative and sustainable solutions being developed by its rich tech sector.

“The world needs solutions and Israel can provide them,” Behar told JI. “Israel can become a lab providing practical solutions to the climate crisis. It is a very important contribution to humanity.”

At an event at his residence on Monday for members of the Israeli delegation heading to the climate conference, Herzog showcased, and sampled, some of the Israel’s top innovations in artificial protein production — plant-based vegan eggs developed by Zero Egg and the first-of-its-kind cultured meat made by Future Meat. He was also presented with a “carbon footprint” calculator, which calculates the quantity of greenhouse gases an individual emits into the atmosphere, and tasted Watergen’s water, manufactured from humidity in the air.

“[I]f I had to summarize in two words our participation as the State of Israel at the climate summit in Glasgow next week, I would choose not only the word ‘crisis,’” Herzog said at the event. “With your permission, I would add the word ‘opportunity.’ This is an opportunity — precisely because there is a massive crisis on our doorstep.”

“Yes, the crisis is also an opportunity for us as a country to do tikkun olam, to repair the world,” he continued. “Although we, as a small country, are not a major actor in the creation of the crisis, we can certainly be a meaningful actor in the response to it.”